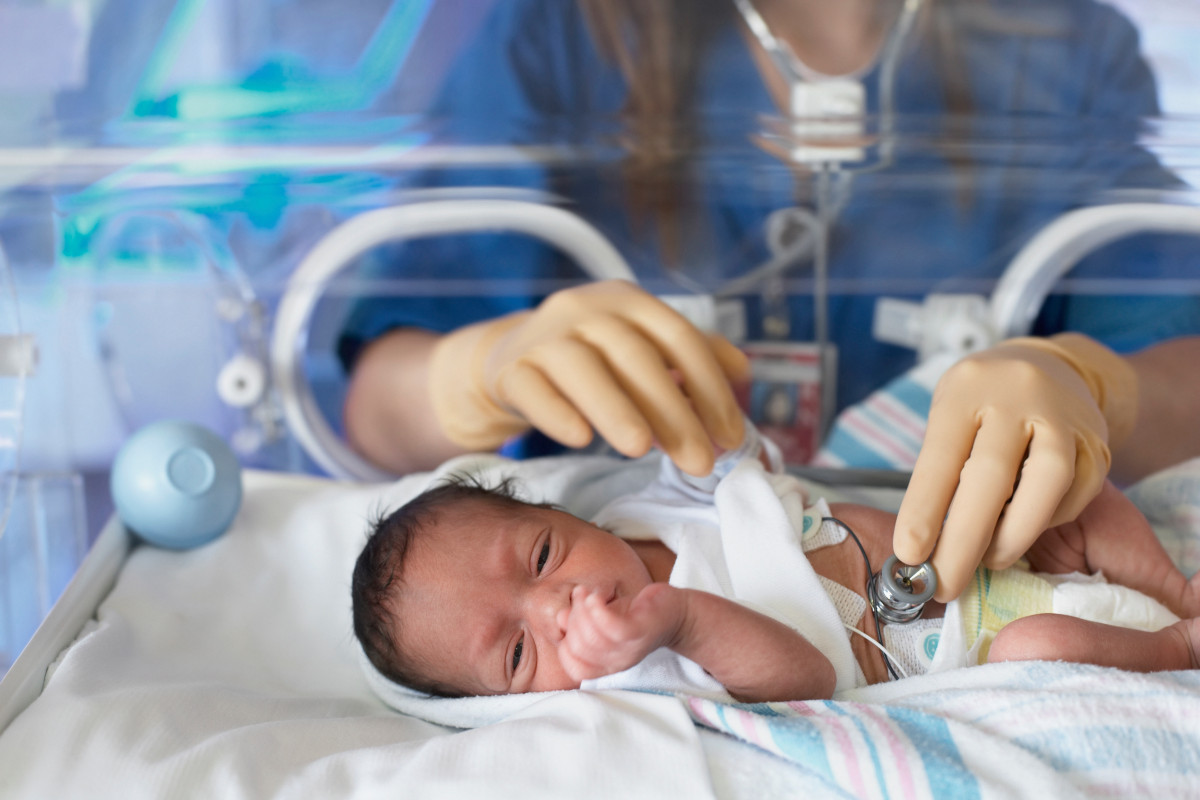 Humans have unexpectedly high genetic variation in the receptor for a key pregnancy-maintaining hormone, according to research led by scientists at the Stanford University School of Medicine. The finding may help explain why some populations of pregnant women have an elevated risk of premature birth

The researchers found that East Asian populations have one version of the progesterone receptor gene that appears to protect them against giving birth prematurely, whereas other populations with European or African ancestry have a higher prematurity risk and other versions of this gene. The discrepancies between the populations reflect relatively recent evolution.

Because progesterone and its receptor are so important for pregnancy, the results were unexpected. "People have thought everyone should have a similar version of the progesterone receptor. But our study showed that we have different versions—that there is diversity between individuals and between populations," said Jingjing Li, Ph.D., an instructor of pediatrics at Stanford and the paper's lead author. "It surprised us."

Spontaneous premature birth, in which a pregnancy ends more than three weeks early, affects 9% of U.S. pregnancies. It is the leading cause of infant death in the United States and the largest contributor to deaths in children younger than 5 worldwide.

"Preterm birth has probably been with us since the origin of the human species, and being able to track its evolutionary history in a way that sheds new light on current discoveries about prematurity is really exciting," said Gary Shaw, DrPH, a professor of pediatrics at Stanford. Shaw shares senior authorship of the paper with David Stevenson, MD, who is also a professor of pediatrics at Stanford.

Progesterone is a reproductive hormone. Its receptor, a protein expressed in tissues such as the uterus, ovary, and cervix, binds to the hormone and sends signals that keep pregnant women from going into labor too soon. Changes in the progesterone receptor near the end of pregnancy help trigger labor.

Progesterone is also used as a medication for pregnant women at risk of delivering too early, such as those who have given birth prematurely before. Still, giving extra progesterone to such women does not always prevent an early delivery. No one knows why.

The new study used data from the 1000 Genomes Project, a publicly accessible database of complete human genomes from people of different ancestral backgrounds. The researchers compared genetic sequences for the progesterone receptor in three populations: Utah residents with European ancestry; Yoruba people in Nigeria; and Han Chinese in Beijing.

The variations in the progesterone receptor gene—consisting of single nucleotide polymorphisms, or one-letter changes in the genetic code—were found in regions of the gene that regulates when it is switched on and off.

The recent natural selection took the genetic code in different directions as different populations adapted to their local environments, the scientists found. The sequence in Han Chinese populations had an evolutionarily new variation, perhaps reflecting that premature birth would have been especially costly for the small group of ancestral humans who migrated from Africa to East Asia.

The study's underlying message is that genes that are helpful in one environment may not help in another, Shaw said. "Complex conditions such as prematurity are not likely caused completely environmentally or completely genetically; it's the confluence of genes and environment that makes the difference in risk," he said.

These individuals had a version of the receptor linked to a high risk of preterm birth. This version of the gene may have been introduced to early human populations by interbreeding between humans and Neanderthals, the findings suggest.

Next, the researchers plan to study pregnant women who have received progesterone to try to prevent premature birth. "We want to determine whether genetic differences in the receptor could explain why giving the hormone prevents premature delivery in some women but not others," Stevenson said. "This type of information may help us develop personalized approaches to preventing preterm birth."