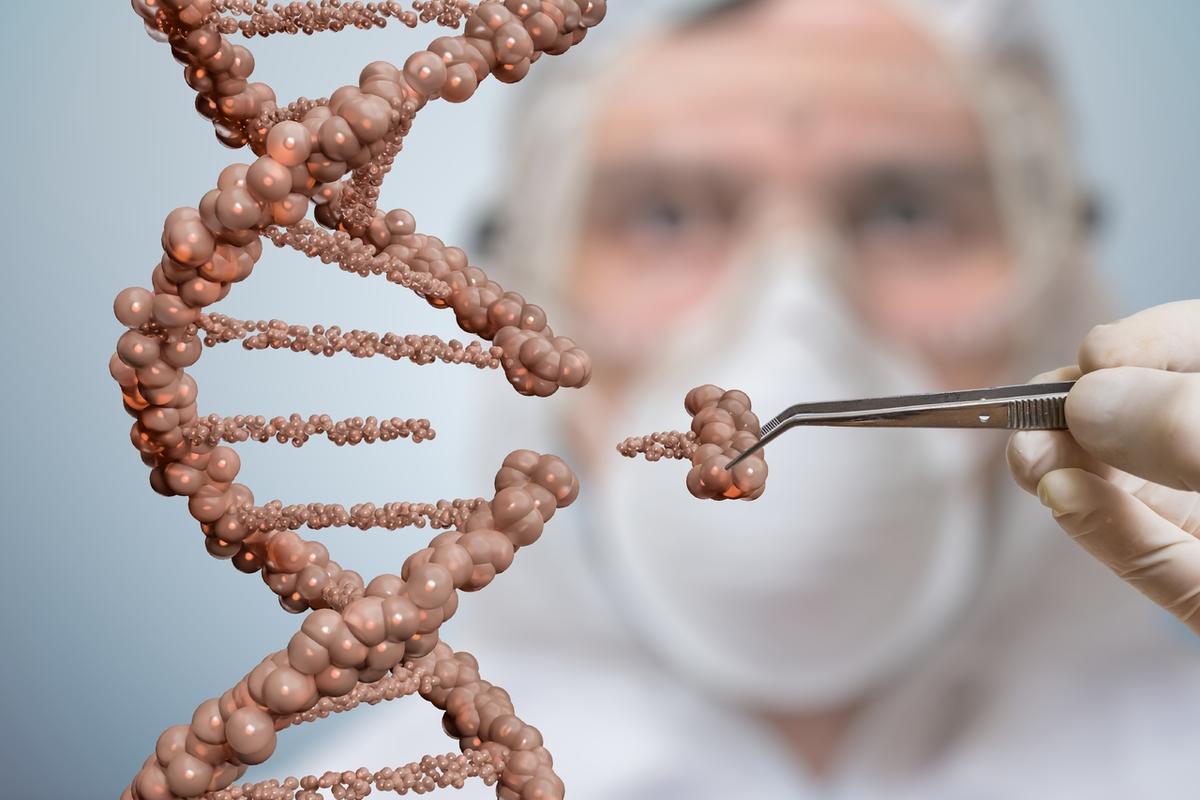 Parents of newborns may be familiar with the metabolic disorder phenylketonuria—in Switzerland, all newborn babies are screened for this genetic disease. Children found to have phenylketonuria need a special diet so that the amino acid phenylalanine does not accumulate in the body. Excess phenylalanine delays mental and motor development. If left untreated, the children may suffer massive mental disability

The cause of this metabolic disorder is a mutation in a gene that provides the blueprint for the enzyme phenylalanine hydroxylase (Pah). This enzyme, which is produced by the cells of the liver, metabolizes phenylalanine. The disorder is referred to as "autosomal recessive": The child develops the disease if it inherits one mutated gene from the mother and one from the father. There is no cure for this disorder to date.

Enhancement of the CRISPR/Cas9 system

A team of researchers led by ETH professor Gerald Schwank has now taken advantage of a method to correct both mutated genes in the liver cells and thus heal the disease. They have succeeded, at least in mice.

With the help of a CRISPR/Cas9 system extended by one enzyme, the researchers changed the sequence of the DNA building blocks for the corresponding gene in adult mice. The liver cells were subsequently able to produce functioning Pah enzymes, and the mice were healed.

The CRISPR/Cas9 system enhanced by the enzyme cytidine deaminase binds to the locus on the gene that needs to be corrected and locally opens both DNA strands. The deaminase converts the disease-causing DNA base pair C-G into T-A, which is the base pair that occurs at that spot in healthy individuals. This corrects the error in the DNA sequence of the Pah enzyme.

In traditional CRISPR/Cas editing, inducing a DNA double-stranded break is the central element of genome editing. The double strand is cut at a defined point, and the cell attempts to repair the cut using various mechanisms. If a matching DNA sequence is added to the cell from outside, it enables a specialized repair mechanism to precisely modify the specific genetic sequence.

The researchers realized that the new genome editing tool is much more efficient than the traditional CRISPR/Cas9 method: up to 60 percent of all copies of the gene with errors in the mouse liver were corrected. This resulted in the concentration of phenylalanine falling to normal levels, and the animals no longer showing any signs of the disorder after being treated with the genome editing tool.

Previous methods of genome editing have only limited success at correcting target mutations directly in animals. The correction rate in the liver of adult mice has previously been only a few percents, explains Schwank. "Here we've achieved several fold higher editing rates—nobody has managed that so far."

Schwank considers the risks to be low. After applying the editing tool in the mouse model the researchers looked for non-target mutations, that is, on sites where there shouldn't be mutations.

But they didn't find any. Schwank would like to examine this more closely in a follow-up study. "The human liver consists of several billion cells. In none of them, we want to induce any mutations that could cause cancer", emphasizes Schwank. Testing is also needed to find out whether the adeno-associated virus used by the researchers as a vehicle for applying the editing tool gene causes any adverse effects.