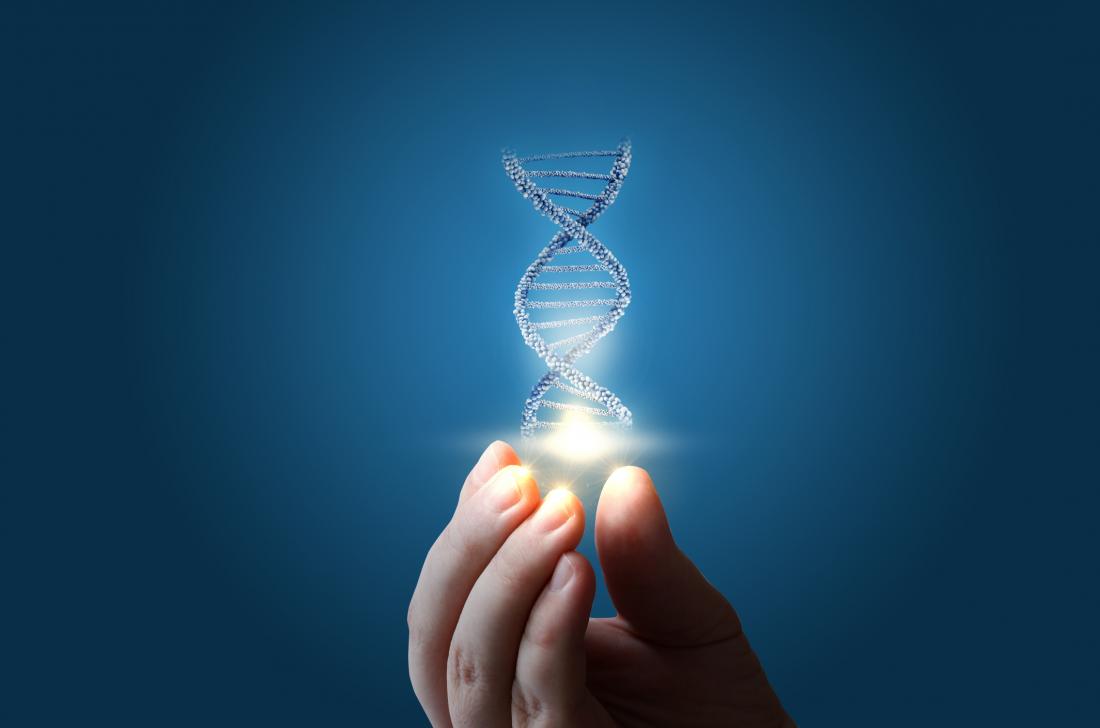 This deadly tumor grows and spreads very quickly in the brain, and is difficult to treat. Even with available treatment, patients survive on average only for 15 to 17 months after diagnosis. Identifying genetic changes that govern cancer growth and spread may help pinpoint new drug targets, and develop treatments that are more effective.

In the current study, the researchers identified a biological pathway involving a signaling protein called calcitonin, which suppresses growth in cancer cells.

When calcitonin binds to a receptor on the cancer cell surface, the resulting chain reaction blocks pathways that allow the cells to grow and spread. Patients who had mutations in the gene coding for this receptor had more aggressive tumors and a much shorter survival time—about three to four months, the study found.

"If the tumors carry the mutated gene, the patients are likely to have the more aggressive disease, and are unlikely to get benefit from the current treatment," says Kumar Somasundaram, senior author and professor at the Department of Microbiology and Cell Biology, IISc.

Calcitonin, which is commonly prescribed as a drug for bone problems, could also be repurposed and administered in combination with current treatment to patients who carry the normal gene, the authors suggest. This could boost the efficiency of treatment and the patients' survival.

The study, carried out in collaboration with scientists at the All India Institute of Medical Sciences (AIIMS), New Delhi, was published in the journal Clinical Cancer Research.

Glioblastoma is the deadliest and most common form of brain cancer in adults. It represents the final stage (grade IV) of lethal cancer called astrocytoma, which arises in star-shaped supporting cells in the brain and spinal cord called astrocytes. The tumors spread far and deep into the tissue surrounding nerve cells. They cannot be cut out completely by surgery and are highly resistant to irradiation.

To identify changes in genes that drive tumor growth and spread, the research team analyzed the entire genomes of 42 Indian patients with various stages of astrocytoma, as well as from the worldwide cancer genome atlas. Initially, they found several mutations that were previously reported.

On investigating further, they found a specific pathway consisting of various signaling molecules and receptors, which was not previously linked to glioblastoma. This pathway was severely mutated in a small fraction of glioblastoma patients who had a much-reduced survival time (~3 months).

A gene called CALCR, which codes for the calcitonin receptor, was also found to be exceptionally mutated in this pathway, and linked to poor survival.

"Calcitonin receptor is known to play a role in calcium resorption in the bone and calcium excretion in the kidneys. We had no clue about the role of this receptor in glioblastoma," says Jagriti Pal, first author and post-doctoral research associate at IISc.

To figure out its function, the researchers added calcitonin to lab-grown cancer cells that carried the normal CALCR gene. They found that the binding of calcitonin to its receptor on the cell surface activated signals inside that blocked pathways involved in uncontrolled growth, and restricted the cells' ability to spread and form colonies.

The team also tested the effect of the calcitonin on cancer stem cells, which are usually highly resistant to treatment, and found a similar inhibitory effect. In another experiment, they inserted cancer cells into the skin of mice, allowed the tumors to grow, and then injected calcitonin into them, where it was again found to suppress tumor growth.

"Calcitonin which is generally used is derived from salmon and given to post-menopausal women for improving bone strength. It is completely safe, and can be taken in large amounts," says Somasundaram. "We can consider adding calcitonin as adjuvant therapy in a typical treatment which includes surgery, irradiation, and temozolomide."

The research team is currently studying the effect of combining calcitonin with radiation therapy and temozolomide on tumor growth in mice models.