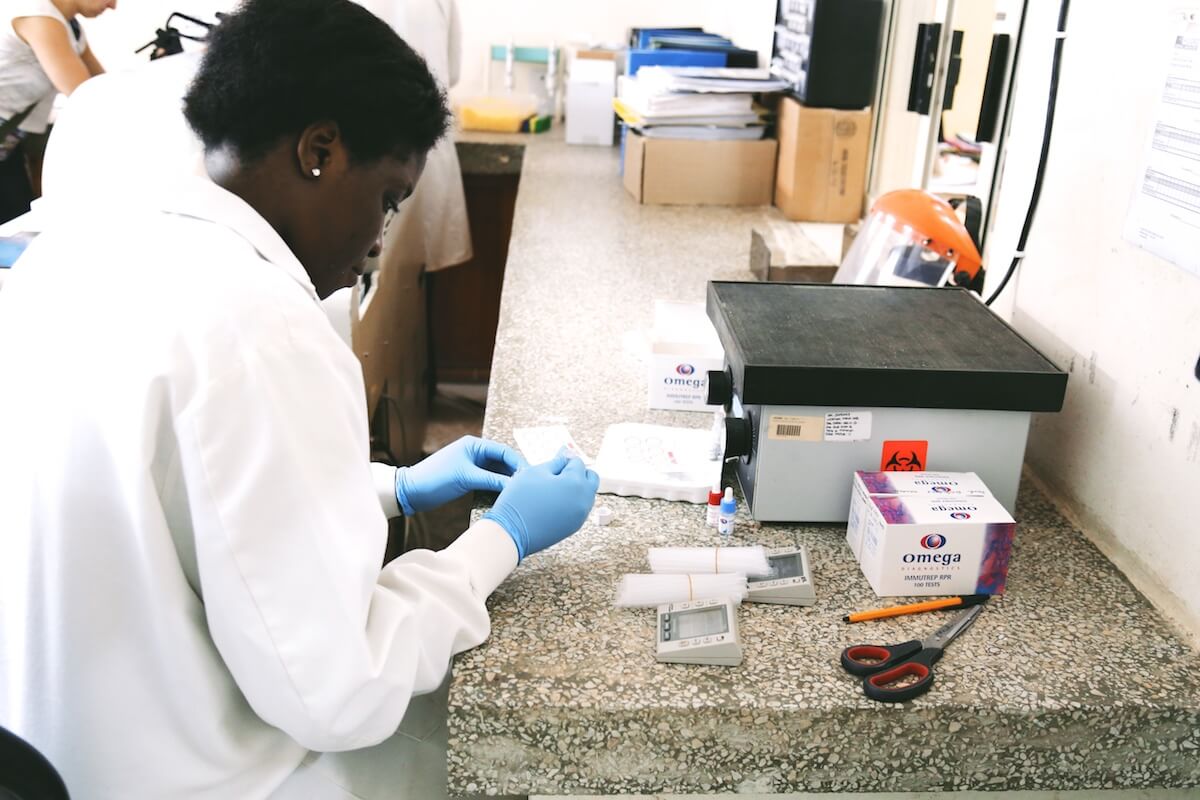 The program addresses the persistently elevated risk of HIV infection among young women in South Africa from two angles—first, investigating biological factors that modulate infection risk along with the early immunologic events following viral exposure, and second, alleviating the socioeconomic factors that limit opportunities for young women, the group at greatest risk of infection in the region of the world hardest hit by the HIV epidemic. The study is published in Science Immunology.

"The South African government's antiretroviral treatment program has enabled a return to near normal life expectancy for those who have become infected, but rates of new infections among young women continue almost unchecked," says Krista Dong.

"Gender inequality results in disempowerment—including a lack of means for women to protect themselves from infection—and economic dependence. Performing medical research in such vulnerable populations requires special considerations to ensure participants' safety and well-being, so we sought to address major non-HIV-related challenges facing these young women while conducting research aimed at developing an effective HIV vaccine."

Participants visit the clinic twice a week to participate in sessions ranging from self-esteem, relationships and gender-based violence, and HIV prevention and treatment to career development, computer training and starting a small business. Participants undergo HIV testing at each visit, with more comprehensive blood and cervical-vaginal sampling every three months.

Initially, antiretroviral treatment was not provided at the time a new infection was detected but was only started after a participants' CD4 count dropped below 350, following the treatment guideline for South Africa at the time.

Approval was granted 18 months into the program to start treatment immediately after an infection was detected. Most recently, FRESH has begun to offer pre-exposure prophylaxis or 'PrEP' – antiretroviral drug treatment given to prevent HIV infection—which is not yet being provided by the South African government.

Basic research arising from the FRESH study has identified biologic factors that may contribute to a higher risk of HIV infection among South African woman—including the composition of the bacterial microbiome in the genital tract among local women, a high incidence of other sexually transmitted infections, and hormonal levels related to either a commonly used contraceptive or the natural fluctuations of the menstrual cycle.

The ability to study HIV infection at its earliest stages revealed that the rapid activation and proliferation of CD8 T cells, which usually attack and destroy pathogens, quickly diminishes as the immune cells begin to die off themselves. But participants who can maintain higher levels of CD8 cells have lower viral levels, suggesting a possible strategy for vaccine development.

Those who begin antiretroviral therapy as soon as infection is detected have more effective CD8 function without the typical drop in CD4 levels, making them an ideal group for studies aimed at potentially curative therapies.

"We measure the success of this program both by these important scientific insights and by providing participants with a pathway out of poverty," says Bruce Walker.

"The ability to both conduct cutting-edge science and provide a social benefit to participants is encouraging, but we continue to face challenges in implementing more effective methods of prevention, extending FRESH to other groups of women and developing programs targeting men—all of which will require additional philanthropic support."