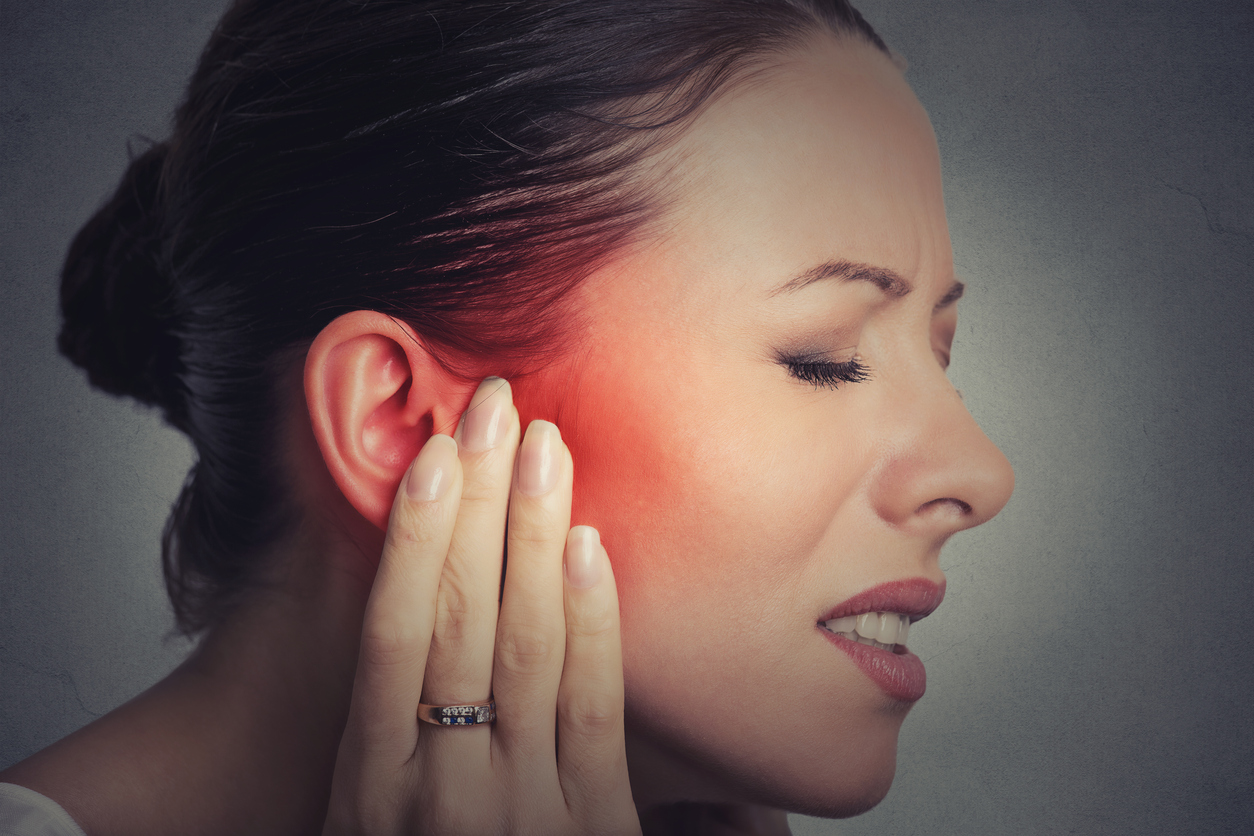 Based on years of scientific research into the root causes of the condition, the device uses precisely timed sounds and weak electrical pulses that activate touch-sensitive nerves, both aimed at steering damaged nerve cells back to normal activity.

In the current study, human participants reported that after four weeks of daily use of the device, the loudness of phantom sounds decreased, and their tinnitus-related quality of life improved. A sham "treatment" using just sounds did not produce such effects.

"The brain, and specifically the region of the brainstem called the dorsal cochlear nucleus, is the root of tinnitus," said chief investigator Susan Shore. "When the main neurons in this region, called fusiform cells, become hyperactive and synchronize with one another, the phantom signal is transmitted into other centers where perception occurs.

"If we can stop these signals, we can stop tinnitus," Shore continues. "That is what our approach attempts to do, and we're encouraged by these initial parallel results in animals and humans."

The approach, called targeted bimodal auditory-somatosensory stimulation, aims to re-set the activity of fusiform cells, which normally help our brains receive and process both sounds and sensations such as touch or vibration – what scientists call somatosensory inputs.

The U-M team's previous work in animals showed that loud noise can trigger a change in the nerve cells' activity – altering its timing so that they fire off synchronized signals spontaneously instead of waiting for an actual sound in the environment.

In the current study,  Shore's team recruited a particular kind of tinnitus sufferer for their study: those who can temporarily alter their symptoms if they clench their jaws, stick out their tongues, or turn or flex their necks, which changes the activity of fusiform cells – providing an external somatosensory signal to modulate their tinnitus.

The U-M device delivers sounds matched to the loudness and pitch of the phantom sounds that each patient hears. It also delivers mild electrical impulses applied to the area of the head involved in the patients' own tinnitus-altering maneuvers.

Half the group received the bimodal sound-and-electricity treatment for the first four weeks, while the other half received just sounds. Then, they all took a four-week break, and started the next four weeks receiving the opposite of what they'd received before. Every week, the patients took a survey about how much their tinnitus was affecting their lives, and a test of how loud their tinnitus sounds were.

Overall, the loudness of phantom sounds decreased only after the actual, or bimodal, treatment, but not the sham treatment of sound only. For some, the decrease was around 12 decibels, about the magnitude of an electric lightbulb's hum. Two participants said their tinnitus disappeared completely.

The quality of life survey revealed that patients experienced significantly reduced scores (where a low score indicates less impact from tinnitus) for the active treatment, though the size of the effect in individual patients varied. No patient experienced a worsening of symptoms or quality of life, or other adverse events.

"We're definitely encouraged by these results, but we need to optimize the length of treatments, identify which subgroups of patients may benefit most, and determine if this approach works in patients who have non-somatic forms of the condition that can't be modulated by head and neck maneuvers," Shore concluded.