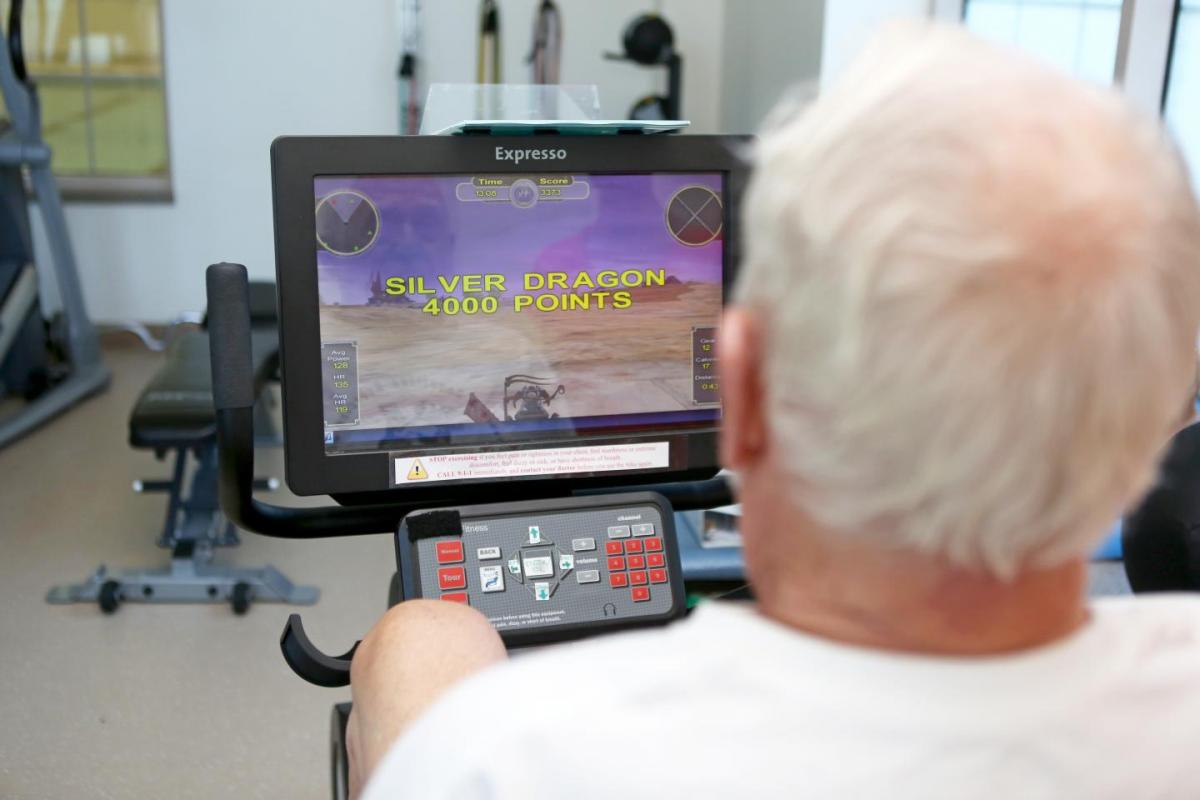 Playing video games that involve physical exertion (known as exergaming) improves quality of life in patients with heart failure, according to late breaking results from the HF-Wii study presented at Heart Failure 2018 and the World Congress on Acute Heart Failure, a European Society of Cardiology congress.

Professor Tiny Jaarsma, principal investigator of the study said: "Exergaming is an alternative way for patients with heart failure to be physically active. It increases their fitness and can improve their wellbeing because they can do more in their day-to-day life."

The HF-Wii study assessed whether exergaming, for example standing in front of a TV set and playing virtual tennis, improves exercise capacity and other outcomes in patients with heart failure. The study design has been previously published.

Exercise capacity was measured using the six-minute walk test. At the start of the study, there was no difference between groups in the distance walked. Results of the primary analysis, presented at ESC Congress 2017, showed that after three months patients in the exergame group could walk significantly farther—33 metres more on average—than those in the standard exercise group.

Today researchers are presenting results on the impact of exergaming on quality of life, anxiety, and depression, which were assessed by validated questionnaires at the start of the study and at three months. They found that the exergame group had greater improvement than the standard exercise group in all three variables, but only quality of life reached statistical significance.

Professor Jaarsma said: "Patients in the exergame group had significantly higher quality of life after three months than those who received standard exercise advice. While there was no statistical difference in anxiety and depression, it was encouraging that playing the exergame did not increase anxiety."

Professor Jaarsma noted: "Patients with heart failure often feel that everything in their lives is negative—they cannot do this, they have to do that. This new way of exercising is something they can do. Exergaming enables them to be active at home."

The researchers also assessed whether the amount of time spent exergaming was related to the number of meters gained. Surprisingly, patients who played more during the three month period did not walk significantly further during the six minute walk test.

Professor Jaarsma said: "While we cannot specify the number of minutes that should be played to achieve the best results, we can say that exergaming can be beneficial for patients with heart failure."

Researcehrs conclude: "Exercise is recommended for all patients with heart failure but many don't do it because they feel too tired to go out, the weather is too bad, or they?re not motivated. Exergaming is an ideal option for some patients."