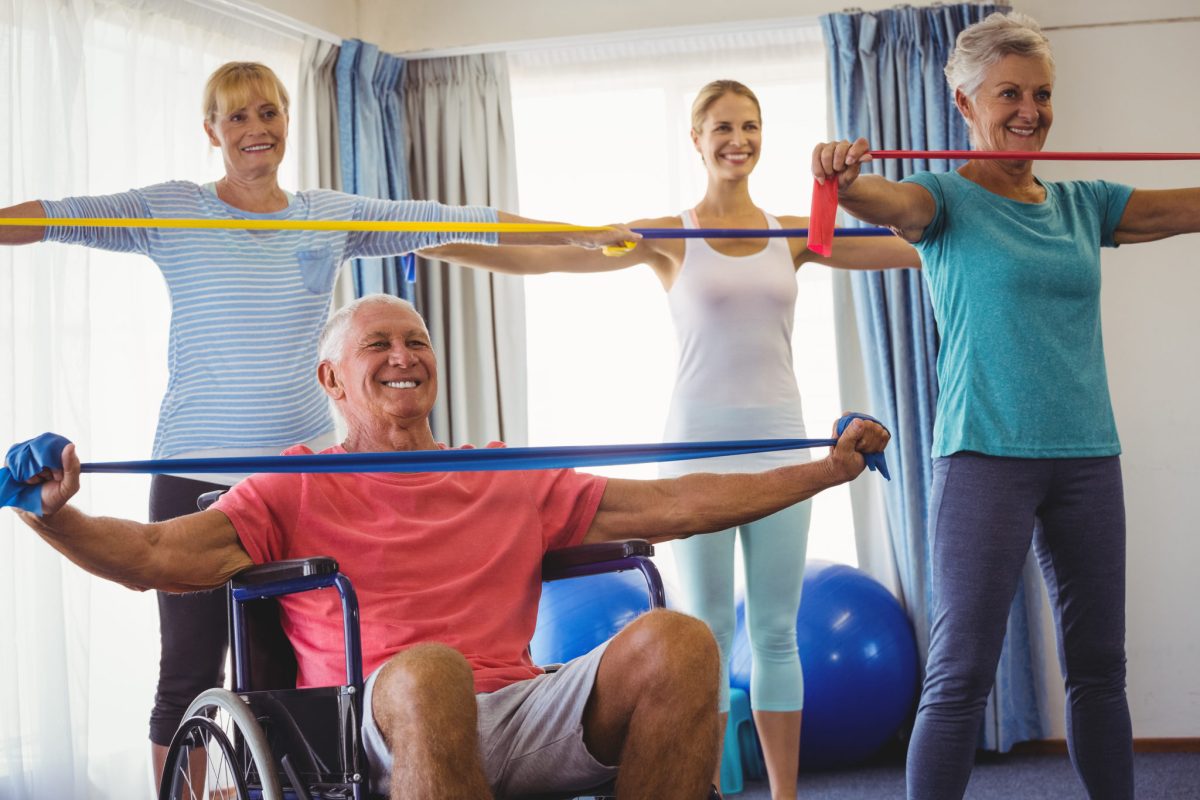 Exercising at least three times a week for six months reduced stress in a group of family caregivers and even appeared to lengthen a small section of their chromosomes that is believed to slow cellular aging, new UBC research has found

"I am hoping that a new focus on the family caregiver will emerge out of this research," said Eli Puterman, a professor in the University of British Columbia's school of kinesiology and lead author of the study. "We need to design interventions that help caregivers take care of their bodies and their minds, and provide the type of support that's needed to maintain that long-term."

The population of seniors in the U.S., where Puterman and colleagues from the University of California conducted the study, is expected to double by 2050 nearly. Younger family members will increasingly be providing this type of care, and it can take a toll on their health.

"What caregivers need is support for healthy behaviors, because that is one of the first things to drop when you become a family caregiver," said Puterman. "The time to take care of yourself just goes out the window."

The researchers recruited physically inactive people who care for family members with Alzheimer's disease and dementia, and who reported feeling high levels of stress. The 68 participants were divided randomly into two groups.

One group undertook 40 minutes of aerobic exercise three to five times per week, while the others were asked not to alter their level of activity. Those in the exercise group had free access to a gym and a fitness coach for weekly conversations. Eighty-one percent of them adhered to at least 120 minutes of exercise per week for the duration of the study.

At the end of the study, not only had the caregivers improved their cardiorespiratory fitness, reduced their body mass index and trimmed their waistlines, they also reported lower levels of perceived stress.

Without them, chromosomes shorten to the point where they either die or enter a state called "senescence," in which they stop replicating. Senescent cells have been shown to be predictive of future health problems such as cardiovascular disease.

The study's findings suggest that in addition to reducing stress, exercise can slow or even reverse telomeric aging in a highly stressed, at-risk group. The research will be published in an upcoming issue of Psychoneuroendocrinology.