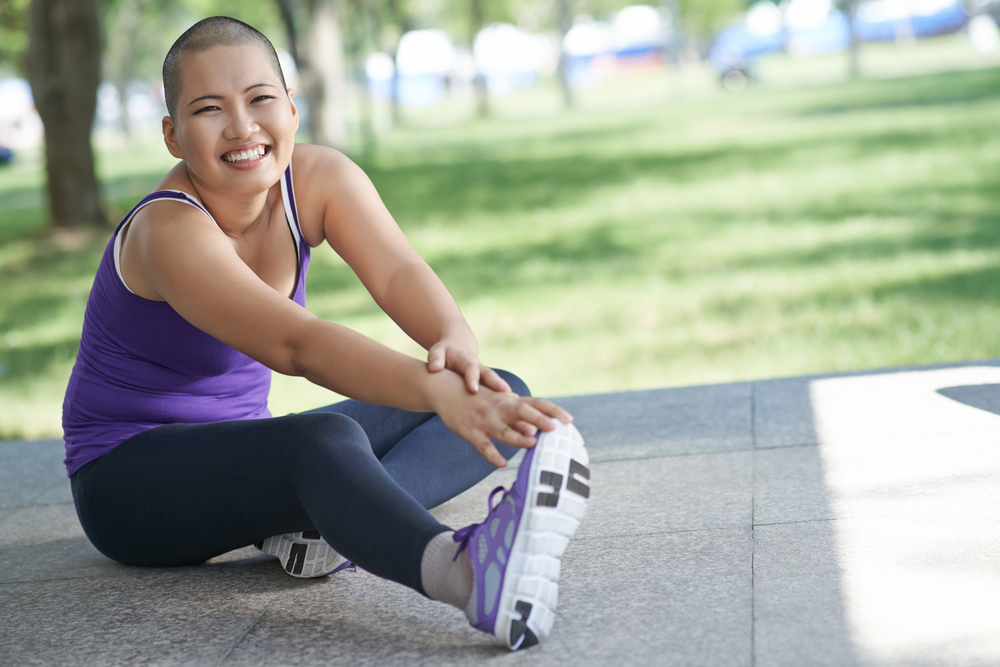 Exercise can help overweight and obese breast cancer survivors reverse metabolic syndrome , according to a study published online January 22 in the Journal of Clinical Oncology .

Metabolic syndrome, which also includes conditions like high cholesterol and excessive fat around the midsection, is exacerbated by overall obesity and sedentary lifestyle as well as chemotherapy. The current study focused on 100 overweight and obese women who had sedentary and had recently completed treatment for breast cancer.

In a four-month experiment, the research team randomly assigned participants to either stick with their usual activity levels or to supervised workouts three times a week.

When they joined the study, 77% of the women met the criteria for metabolic syndrome. By the end of the experiment, only 15% of the participants in the exercise group still had this diagnosis, compared with 80% of the inactive group.

"Heart disease is the main cause of death in breast cancer survivors, and now we Showed That Exercise Can Improve risk factors associated with heart disease," Said lead study author Christina Dieli-Conwright, director of the Integrative Center for Oncology Research in Exercise at The University of Southern California in Los Angeles.

Exercise makes can improve the function of the heart, blood vessels, lungs and muscles and this, combined with fat loss, can ease the stress on the body that is caused by obesity, Dieli-Conwright said.

"This process is critical for breast cancer survivors who may be suffering from side effects such as fatigue, depression, and sedentary behavior," Dieli-Conwright added. "They are now at a higher risk for heart disease and can benefit greatly from exercise."

Previous research has linked anthracycline chemotherapies to the weakening of the heart muscle. Research has also tied some radiation therapy to cardiac rhythm disorders and structural damage in arteries and heart valves.

Women in the current study who were assigned to the exercise group received one-on-one guidance through workouts that included resistance training with weights as well as moderate-intensity aerobic activities.

In addition to the reversible metabolic syndrome, these workouts were also associated with a decrease in blood pressure, an increase in high-density lipoprotein (HDL) cholesterol, and lower levels of triglycerides.

Three months after the workouts stopped, women in the exercise group still had more improvements in metabolic syndrome than women who remained sedentary throughout the study, said.

One limitation of the study was that the study did not examine the effects of exercise based on what type of breast cancer women had, and this might influence the impact of exercise on metabolic syndrome, said Linda Vona-Davis, a researcher at the West Virginia University Health Sciences Center in Morgantown.

"Exercise and healthy eating may be equally effective," said Vona-Davis, who was not involved in the study. "Be that as it may, adopting a physically active lifestyle has been shown to improve functional capacity and quality of life in women with breast cancer."