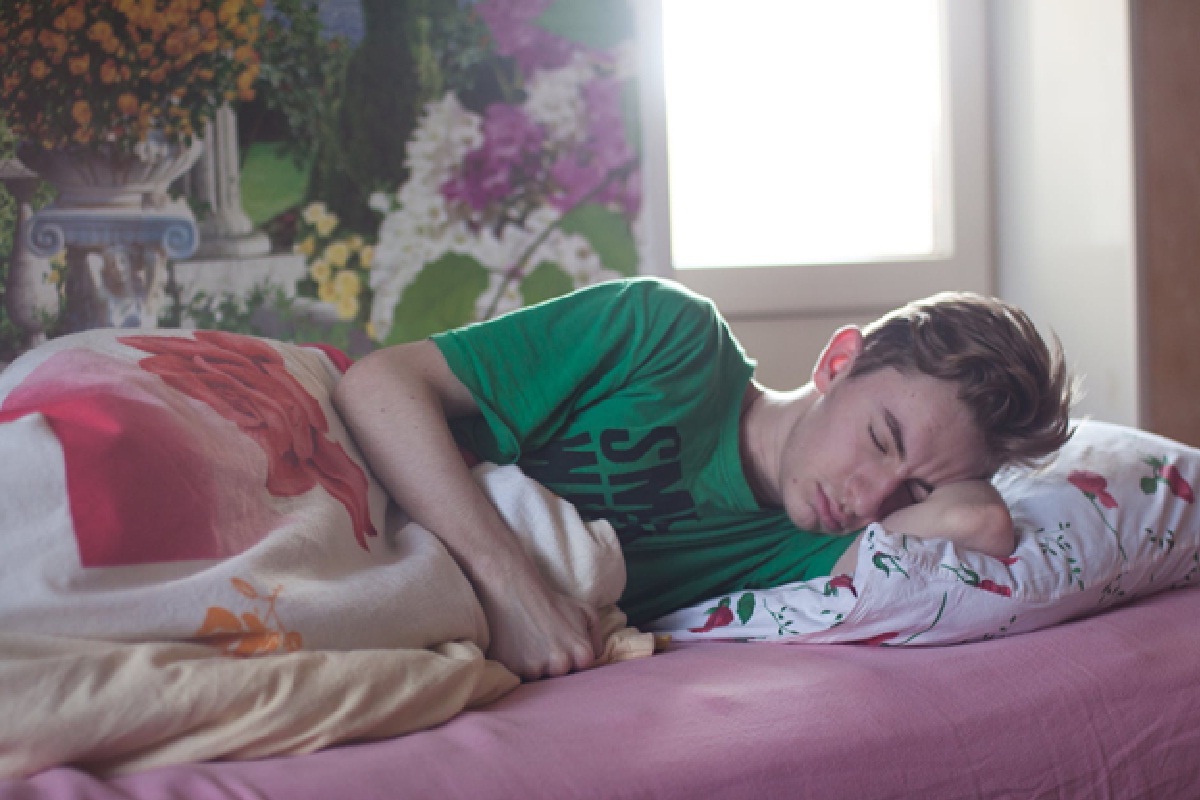 Analysis of data captured during a long-term study of aging adults shows that those who report being very sleepy during the day were nearly three times more likely than those who didn't to have brain deposits of beta-amyloid, a protein that's a hallmark for Alzheimer's disease, years later.

The finding, reported Sept. 5 in the journal SLEEP, adds to a growing body of evidence that poor quality sleep could encourage this form of dementia to develop, suggesting that getting adequate nighttime sleep could be a way to help prevent Alzheimer's disease.

"Factors like diet, exercise, and cognitive activity have been widely recognized as important potential targets for Alzheimer's disease prevention, but sleep hasn't quite risen to that status—although that may well be changing," says Adam P. Spira, Ph.D. Spira led the study with collaborators from the National Institute on Aging (NIA), the Bloomberg School and Johns Hopkins Medicine.

"If disturbed sleep contributes to Alzheimer's disease," he adds, "we may be able to treat patients with sleep issues to avoid these negative outcomes." The study used data from the Baltimore Longitudinal Study of Aging (BLSA), a long-term study started by the NIA in 1958 that followed the health of thousands of volunteers as they age.

As part of the study's periodic exams, volunteers filled a questionnaire between 1991 and 2000 that asked a simple yes/no question: "Do you often become drowsy or fall asleep during the daytime when you wish to be awake?" They were also asked, "Do you nap?" with response options of "daily," "1-2 times/week," "3-5 times/week," and "rarely or never."

A subgroup of BLSA volunteers also began receiving neuroimaging assessments in 1994. Starting in 2005, some of these participants received positron emission tomography (PET) scans using Pittsburgh compound B (PiB), a radioactive compound that can help identify beta-amyloid plaques in neuronal tissue. These plaques are a hallmark of Alzheimer's disease.

The researchers identified 123 volunteers who both answered the earlier questions and had a PET scan with PiB an average of nearly 16 years later. They then analyzed this data to see if there was a correlation between participants who reported daytime sleepiness or napping and whether they scored positive for beta-amyloid deposition in their brains.

The unadjusted risk for amyloid-beta deposition was about twice as high in volunteers who reported napping, but this did not reach statistical significance.

Based on previous research, a more likely explanation is that disturbed sleep—due to obstructive sleep apnea, for example—or insufficient sleep due to other factors, causes beta-amyloid plaques to form through a currently unknown mechanism and that these sleep disturbances also cause excessive daytime sleepiness.

"However, we cannot rule out that amyloid plaques that were present at the time of sleep assessment caused the sleepiness," he added. Animal studies in Alzheimer's disease models have shown that restricting nighttime sleep can lead to more beta-amyloid protein in the brain and spinal fluid. A handful of human studies have linked poor sleep with greater measures of beta-amyloid in neuronal tissue.

Researchers have long known that sleep disturbances are common in patients diagnosed with Alzheimer's disease—caregiver stress from being up with patients at night is a leading reason for Alzheimer's disease patients to be placed in long-term care, Spira explains. Growing beta-amyloid plaques and related brain changes are thought to negatively affect sleep.

But this new study adds to growing evidence that poor sleep might actually contribute to Alzheimer's disease development, Spira adds. This suggests that sleep quality could be a risk factor that's modifiable by targeting disorders that affect sleep, such as obstructive sleep apnea and insomnia, as well as social- and individual-level factors, such as sleep loss due to work or binge-watching TV shows.

"There is no cure yet for Alzheimer's disease, so we have to do our best to prevent it. Even if a cure is developed, prevention strategies should be emphasized," Spira says. "Prioritizing sleep may be one way to help prevent or perhaps slow this condition."