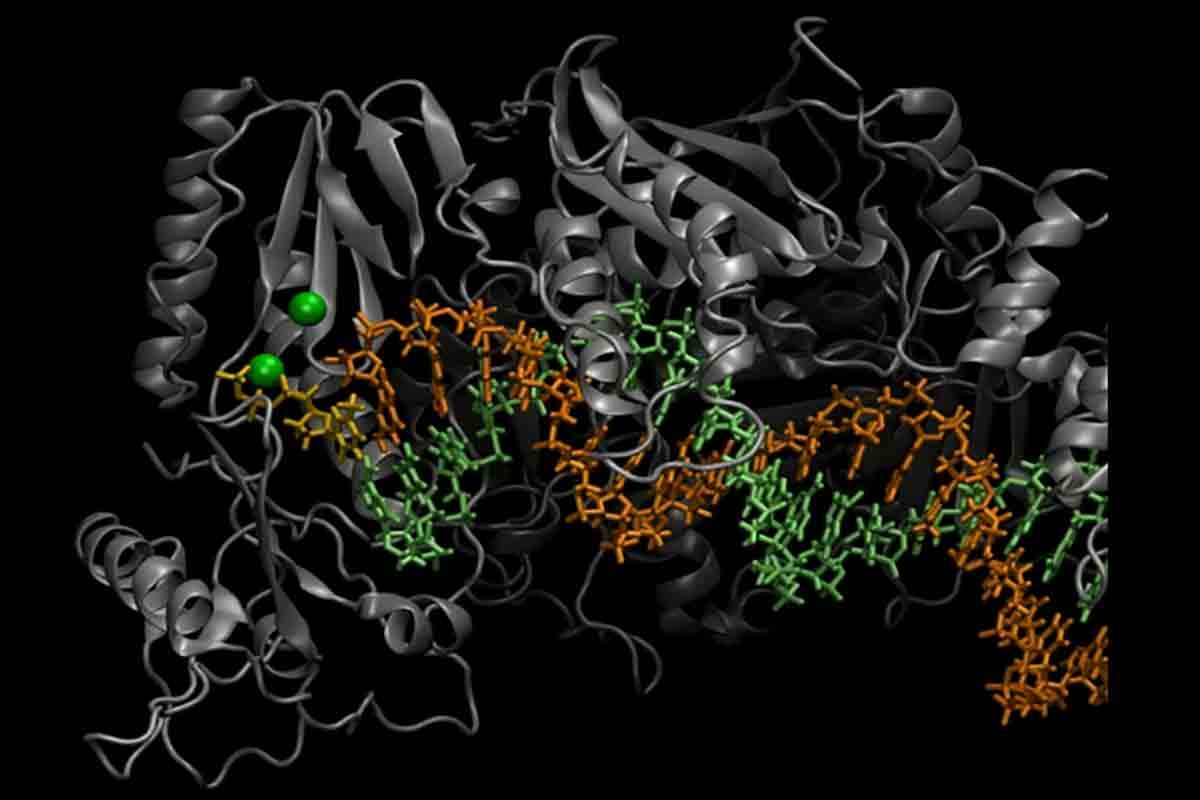 They have found a completely new way to get enzymes to do a non-natural reaction. A traditional perspective says that enzymes will only do one thing. This paper shows that this may not be true for all enzymes. More importantly, the strategy described in this paper can potentially be applied to other enzyme families, meaning we will be able to use this approach to invent completely new enzymatic reactions.

Enzymes are nature's catalysts, the keys to making critical biochemical reactions happen quickly enough to sustain life. Organic chemists have exploited this for over 100 years, but until now, their use has been limited, as individual enzymes are often only able to catalyze a single reaction.

The key was simplifying their understanding of how an enzyme catalyzes a reaction. In their reaction, the researchers added a small amount of a carefully selected photo excitable dye to the enzyme and flooded it with a green light.

They have discovered an incredibly exciting marriage of enzymatic catalysis (biocatalysis) and photoredox catalysis.

Enzymes are much more "selective" than most small molecule catalysts, and this new technique allows scientists to capitalize on that for their own desired reactions. "Significantly, this new transformation shows high levels of selectivity for a class of reactions that were previously very difficult to control."

In essence, their breakthrough allows for a new "plug-and-play" approach, using enzymes to turn on new catalytic reactivity, which has many exciting implications. They thought that if we could take advantage of this new pathway inside an enzyme, valuable new reactions awaited discovery.

The most important aspect of the findings in this paper is controlling the transfer of a hydrogen atom to create only one of two possible mirror-image forms of a molecule.

This type of selection between two mirror-image forms has traditionally been very difficult to achieve for the transfer of a hydrogen atom, and the methods disclosed here are one solution to this challenge.

Further in the 21st century, if a growing world population is to experience the comforts of what we take for granted in the developed world, we will need more cost-effective and sustainable forms of chemical catalysis to deliver many of the products that are attributable to the modern way of life.

Our chemistry may seem to be niche or esoteric, but these examples only serve as proofs-of-concept for what can become powerful methods for making new molecules that can have a tangible societal impact: pharmaceuticals, agrochemicals, fragrances and the list goes on.