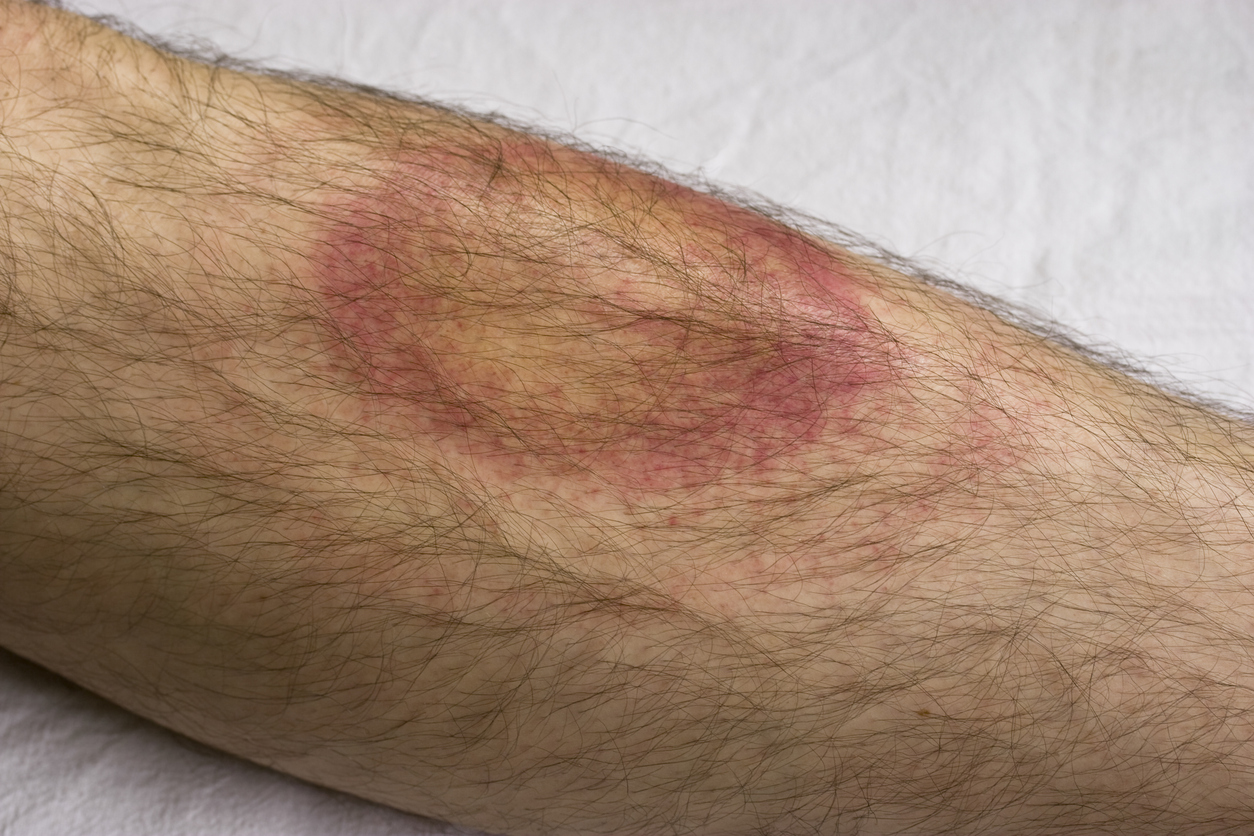 Lyme disease is caused by a bacterium known as Borrellia burgdorferi and is transmitted by the bite of Ixodid tick. It is one of the most reported vector-borne diseases worldwide. Centers for Disease Control and Prevention (CDC, USA) estimated that approximately 300,000 cases of Lyme disease occur each year.

Many people, who are particularly living in or visiting suburban/rural areas, frequently experience with tick bites problems in Nepal. Majority of these people usually do not develop or ignore early symptoms. Only those who develop late-stage or complications seek treatment with various specialists such as cardiologists, rheumatologists or neurologists.

Recently, a 32-year old patient visited our hospital with the complaint of severe fatigue, pain, numbness and tingling sensation in arm with laboratory-confirmed Lyme disease.

This is the first ever laboratory-confirmed case of Lyme disease in Nepal. Following this case, at least four other tick bite cases have visited our hospital over the last few months. This is a wake-up call for health care providers and policy makers in Nepal.

However, this published literature did not explain about neurological problems even after adequate treatment in Lyme patients, as seen in our Nepali patient, though more study is needed to identify differences in clinical nature between Indian and Nepali Lyme patients.

Erythema migrans, a “bull’s eye shaped” rash (a red ring with a clear center)”, is the hallmark of Lyme disease that is generally seen in the early stage of Lyme disease. It begins 3 to 30 days at the site of the tick bite. The rash gradually expands over the time and can appear in many parts of the body, but is rarely itchy and painful. It occurs in up to 80% of the infected patients.

In Nepal, although, dermatologists occasionally encounter patients with a “Bull’s eye-shaped” rash during their practices, they are unable to make a definitive diagnosis or reported to the scientific literature, even if they suspected Lyme disease due to lack of laboratory confirmation.

A current criterion for laboratory diagnosis of Lyme disease is not feasible, expensive and is not readily available in Nepal. This could be one of the main reasons for vast differences in the number of Lyme disease reported among developed and least developed countries.

Few people may have persistent symptoms such as fatigue, muscle or joint pain even after the treatment. It is known as Post-Treatment Lyme disease Syndrome (PTLDS). At this point, people tend to seek treatment from different specialty hospitals other than infectious disease hospital to overcome with PTLDS.

In Nepal, most of the people who are being bitten by ticks either ignore the bite or go unnoticed because of non-itchy and painless bite and lack of adequate knowledge about its serious health consequences. Mass media reports or social networking can provide important information about the disease.

It is apparent that Lyme disease is emerging, and probably widespread but extremely overlooked tick-borne disease, particularly in rural areas of Nepal. Nearly half a dozen, who visited our hospital after being bitten by ticks, had a history of travel to rural areas.