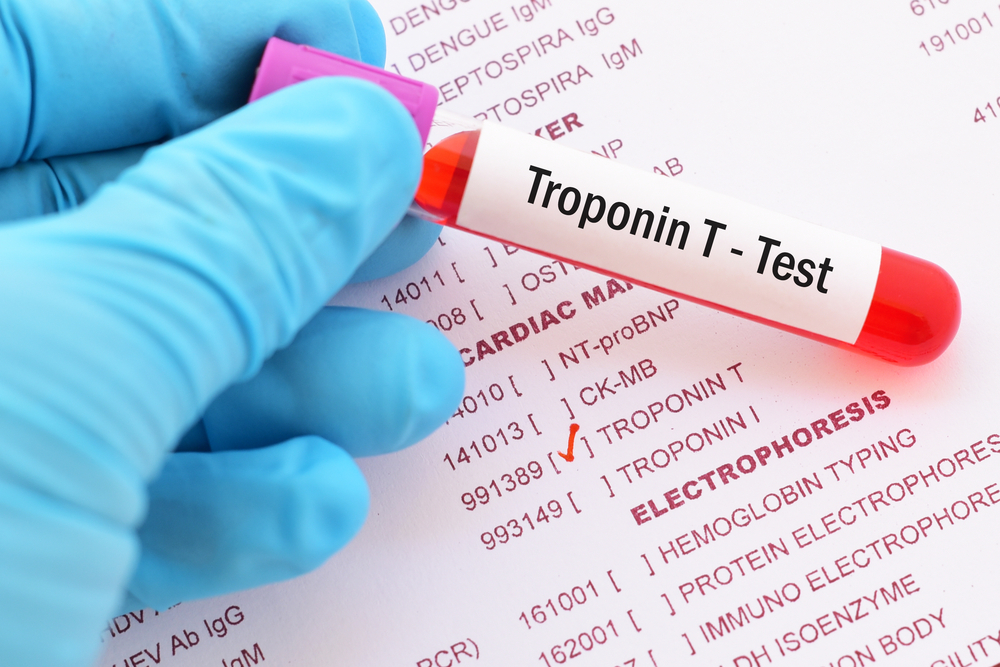 Elevated levels of troponin I by high-sensitivity assay (hs-TnI) may predict mortality over the next 2 weeks, but not over the longer term, among patients with sepsis when measured during the first four days of an intensive care unit (ICU) stay, a new study suggests.

The results are from a prospective cohort study that excluded people with clinically apparent causes of troponin release.

In a secondary finding, patients with elevated hs-TnI showed a significantly increased risk for future new-onset or worsening cardiovascular (CV) disease, as indicated by subsequent jump in use of CV medications.

Troponins are not routinely measured in ICU patients with sepsis, but when they are measured, elevations are common, Dr Olaf L Cremer (University Medical Center Utrecht, The Netherlands) reported.

"That seems to have an impact on prognosis," based on the current analysis, said Cremer, senior author on the study's publication in Circulation: Cardiovascular Quality and Outcomes with lead author Dr Jos F Frencken (University Medical Center Utrecht).

"We think this is a real signal," even with the study's limitations. "Whether it is truly causal or just an association, we're not entirely certain, because this is observational data," he said.

"The main message that we wanted to convey is that it might be worthwhile to monitor troponin to some extent, as a prognostic factor, and to be aware of late implications of this myocardial injury."

Patients with raised troponins during sepsis could be at later risk for some form of cardiac dysfunction and therefore might benefit from cardioprotective therapy. But what form such treatment might take isn't known, according to Cremer.

At least, he said, "They should have some follow-up by a cardiologist a few months after they have left the hospital. That would be a first strategy to try, probably."

But it would be premature to recommend routine troponin testing in ICU patients with sepsis because what to do with the information is unknown, observed Dr Allan S Jaffe (Mayo Clinic, Rochester, MN), who was not involved in the current study.

"However, studying it, and trying to figure out what might be done, might be terribly helpful," he said when interviewed. "There's tremendous information there, we just have to learn how to use it better."

Currently, once elevated troponins are observed, "the one place where there might be something actionable, one could argue, would be downstream once patients have left the hospital," said Jaffe, echoing Cremer.

"Often what happens is that once people leave the hospital, their troponin elevation is out of sight, out of mind." Such patients should perhaps be evaluated for CVD, and if they have hypertension or early heart failure, for example, it could be treated.

"Maybe we should be at least looking at those patients and asking, Are there simple interventions we could do that would improve their prognosis?" said Jaffe, a cardiologist and also chair of his center's Division of Clinical Core Laboratory Services.

There is evidence, he said, that troponin elevations during sepsis can be prognostically important in patients who otherwise seem low-risk, actually "much more informative" than elevations in patients with sepsis who are "really critically ill and at higher risk by all other measures."

The question remains, however, "whether one could develop, over time, approaches that would improve prognosis."

The current analysis included 1124 consecutive patients in the ICU with sepsis at two major centers in the Netherlands who were part of the Molecular Diagnosis and Risk Stratification of Sepsis (MARS) initiative. The cohort excluded patients with myocarditis, pericarditis, endocarditis, recent cardiac surgery, recent cardiopulmonary resuscitation, and other conditions known to raise troponins.

Levels of hs-TnI were measured in all patients on each of ICU days 1 through 4. About two thirds, 755 patients, showed levels exceeding 26 ng/L on at least 1 of the 4 days.

At no level was hs-TnI associated with increased risk for death from 14 days to 1 year.

In a secondary analysis performed in a subset of 200 patients, 16% of the 122 with elevated hs-TnI during sepsis met criteria for new or worsened CVD  by starting on at least two separate categories of cardiovascular medications after discharge. That compared to only 5% of the remaining patients without troponin elevation during sepsis (P=0.02). The relationship remained significant in adjusted analysis at an HR of 1.25 (95% CI, 1.00–1.55, P=0.045).

Speculating on the mechanisms behind any troponin-related mortality effects, Cremer said he believes it is at least partly related to myocardial oxygen demand–supply mismatch during sepsis. In addition, however, the greater MARS initiative has seen biomarker evidence that hs-TnI release may also be related to increased activation of coagulation factors during sepsis.

That evidence is indirect, he cautioned, but "suggests that the troponin release is caused by microvascular dysfunction and microvascular thrombosis, basically. So it may be a manifestation of diffuse vascular coagulation."