Effects Of Surgery On A Warming Planet: Anesthesia Go Green 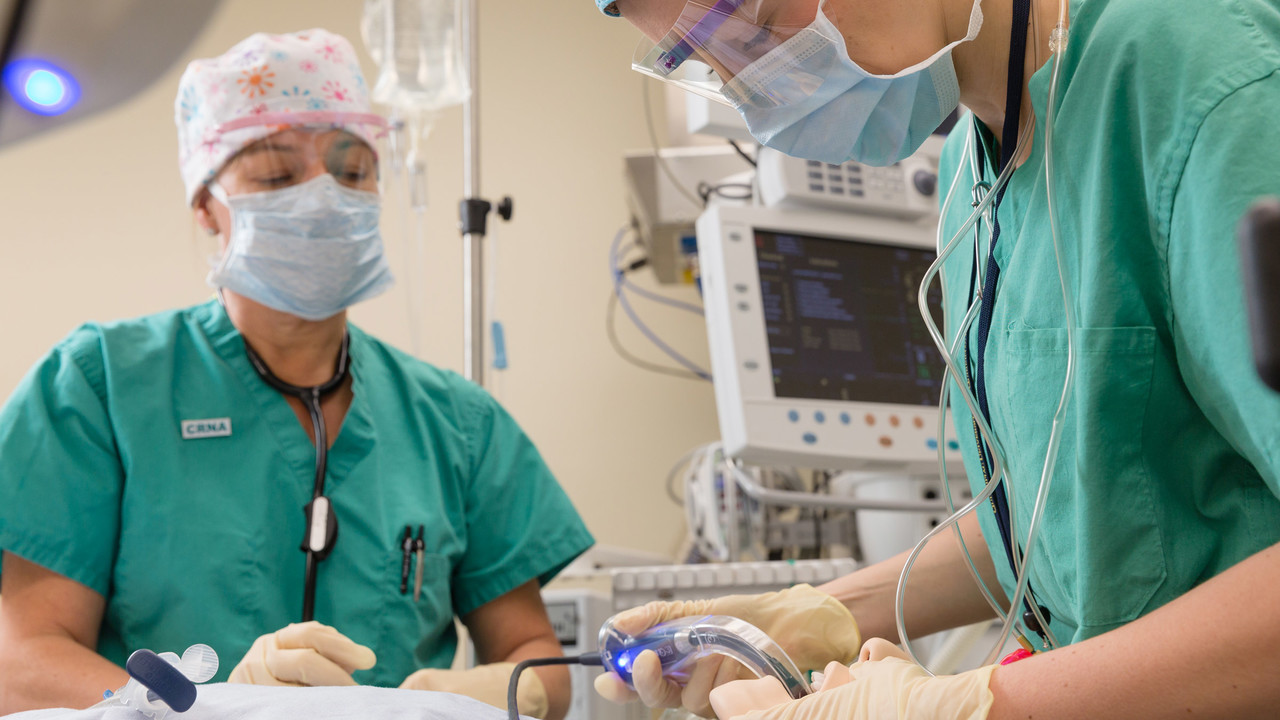 It was early morning in an operating theater at Providence Hospital in Portland, Ore. A middle-aged woman lay on the operating table, wrapped in blankets. Surgeons were about to cut out a cancerous growth in her stomach. But first, an anesthesiologist  Dr. Brian Chesebro put her under by placing a mask over her face. “Now I’m breathing for her with this mask,” he said. “And I’m delivering sevoflurane to her through this breathing circuit.”

Sevoflurane is one of the most commonly used anesthesiology gases. The other big one is desflurane. There are others too, like nitrous oxide, commonly known as laughing gas. Whichever gas a patient gets is inhaled, but only about 5% is metabolized. The rest is exhaled. Therefore And to make sure the gas doesn’t knock out anyone else in the operating room, it’s sucked into a ventilation system.

And then? It’s vented up and out through the roof, to mingle with other greenhouse gases. The two frequently used gases are fairly similar medically; sevoflurane needs to be more carefully monitored and meted out in some patients, but that’s not difficult, Chesebro said. Generally, unless there’s a reason in a particular case to use one over the other, anesthesiologists simply tend to pick one of the two gases and stick with it. Few understand that one desflurane  is much worse for the environment.

And that bothered Chesebro. He grew up on a ranch in Montana that focused on sustainability. “Part of growing up on a ranch is taking care of the land and being a good steward,” he said. Now he lives in the city with his three kids and has gradually started to worry about their environmental future. Because “When I look around and I see the stewardship on display today, it’s discouraging,” he said.

“I got depressed for a while, and so I hit the pause button on myself and said, ‘Well, what’s the very best that I can do?’” He spent hours of his own time researching anesthesiology gases. And he learned desflurane is 20 times more powerful than sevoflurane in trapping heat in the Earth’s atmosphere. It also lasts for 14 years in the atmosphere, whereas sevoflurane breaks down in just one year.

Opening a big, black notebook filled with diagrams and tiny writing, he showed how he computed the amount of each gas the doctors in his group practice used. Then he shared their carbon footprint with them. “All I’m doing is showing them their data,” Chesebro said. “It’s not really combative. It’s demonstrative.”
One of the doctors he shared his analysis with was Dr. Michael Hartmeyer, who works at the Oregon Anesthesiology Group with Chesebro. “I wish I had known earlier,” Hartmeyer said. “I would have changed my practice a long time ago.” Hartmeyer said he was stunned when Chesebro explained that his use of desflurane was the greenhouse-gas equivalent of driving a fleet of 12 Hummers for the duration of each surgical procedure. It’s “only” half a Hummer if he uses sevoflurane. Hartmeyer noted that outside the operating room he drives a Prius, a hybrid electric car.