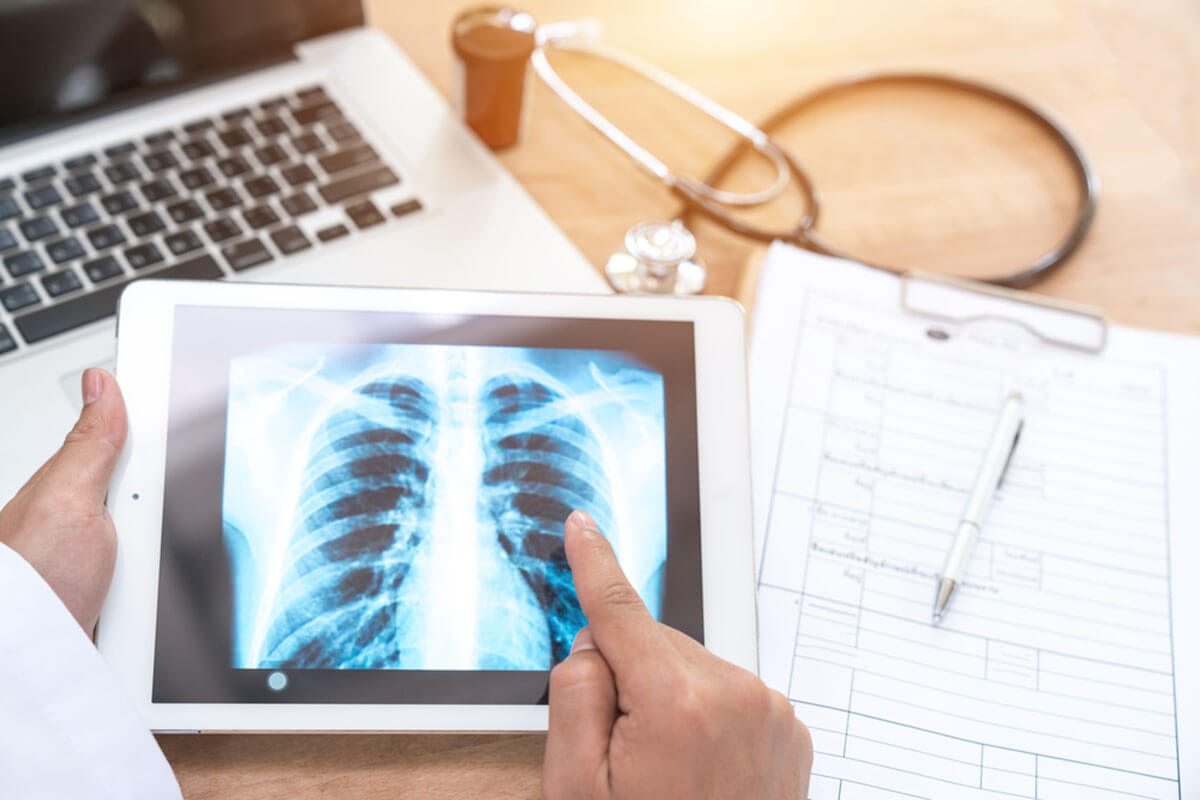 Most patients with advanced non-small cell lung cancer (NSCLC) can now avoid having chemotherapy as a first-line treatment after a large, randomized trial showed that immunotherapy with the programmed cell death ligand 1 (PD-L1) blocker pembrolizumab (Keytruda, Merck) is effective even in patients with minimal PD-L1 expression.

The findings could double the population of patients with advanced NSCLC eligible to receive first-line immunotherapy alone and were hailed as a "true milestone" by experts here at the American Society of Clinical Oncology (ASCO) 2018.

The Keynote-042 trial, which involved more than 1250 patients with advanced NSCLC, showed that the immunotherapy more than doubled the duration of overall treatment response, regardless of the level of PD-L1 expression.

Patients given the first-line pembrolizumab also experienced far fewer toxicities than those treated with chemotherapy, with less than half the rate of grade 3 or greater adverse events.

Heymach, said that the current and recent studies show that "we're now leaving an era where the only choice for NSCLC patients is to start with chemotherapy because now we can say that the vast majority of patients can potentially receive benefit from immunotherapy instead of chemotherapy."

Pembrolizumab is currently approved by the US Food and Drug Administration for the initial treatment of NSCLC in patients with PD-L1 expression of at least 50%, which is based on results from the earlier KEYNOTE-024 study and covers around one third of patients.

However, other, primarily second-line, trials have suggested that anti–PD-L1 immunotherapies can also be effective in patients with little or no expression of the protein.

The researchers, therefore, conducted the KEYNOTE-042 study, which involved 1274 patients with NSCLC and PD-L1 expression of 1% or greater who did not have epidermal growth factor receptor (EGFR) mutations or anaplastic lymphoma kinase (ALK) translocation.

As expected, the rates of immune-mediated adverse events were higher with pembrolizumab at 27.8% vs. 7.2% for chemotherapy. There also was only one immune-related death in the pembrolizumab group, but the investigators are unsure whether the death was directly related to treatment as the patient had also progressed.

The results of KEYNOTE-042, she pointed out, showed that most of the benefit of pembrolizumab was "being driven" by the group with 50% or greater PD-L1 inhibition, with any improvement in overall survival taking much longer to appear in groups with lower levels of expression.

The KEYNOTE-189 study (published online in the New England Journal of Medicine ), which showed that the combination of pembrolizumab and chemotherapy led to greater benefits in overall survival, as well as in progression-free survival and overall response rates than those seen in the current study.

Thus there are "multiple caveats" for saying that pembrolizumab alone is the new standard of care in advanced NSCLC and that lung cancer is "no longer a one-size-fits-all" disease.