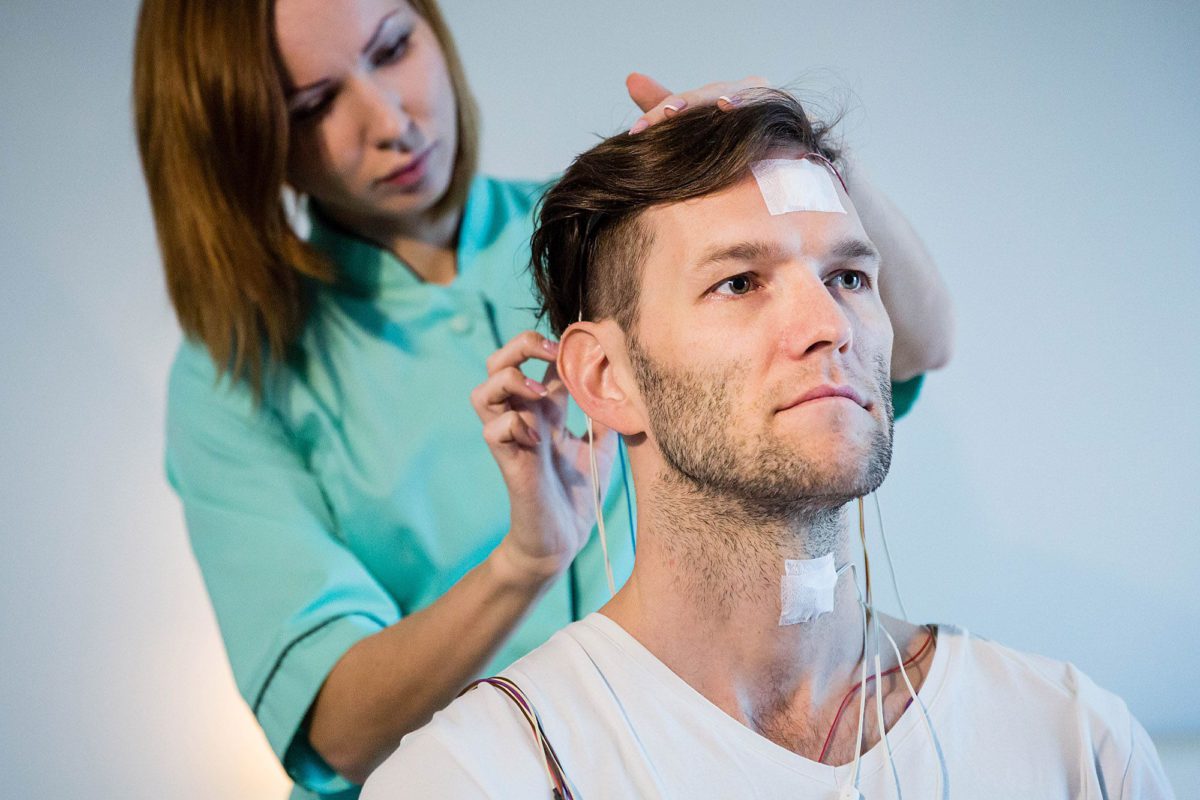 People react differently to positive events in their lives. For some, a small reward can have a large impact on their mood, while others may get a smaller emotional boost from the same positive event.

These reactions can not only be objectively measured in a simple office evaluation, but researchers report that they can help clinicians determine whether a patient with anxiety or depression is responding to treatment and if they will do better on an antidepressant drug, or in talk therapy. Their results are published in the Journal of Clinical Psychiatry.

"About 50% of people prescribed either selective serotonin reuptake inhibitors, or SSRIs,—a class of antidepressants—or cognitive behavioral therapy get better with those treatments," said Katie Burkhouse, lead author on the paper. "We haven't had an objective way to measure whether a patient is improving with treatment or which patients will do better on SSRIs versus cognitive behavioral therapy, until now."

In a previous study, Burkhouse showed that lower electrical activity in the brain in response to receiving a reward—known as the reward positivity—was associated with greater symptoms of depression. When someone experiences something rewarding in their environment, their brain reacts with an increase in activity. However, patients with depression tend not to respond to rewards at the same level as healthy controls.

"There are serious considerations that go into prescribing either of these treatments," Burkhouse said. "SSRIs can have unwanted side effects, while CBT requires a significant amount of time and commitment, and practitioners trained in delivering CBT can be hard to find and those that practice this form of therapy may be booked and not able to take on new patients."

For the study, Burkhouse et al. recruited 63 patients who have a history of anxiety or depression and 25 healthy participants with no history of mental health problems. Participants wore the EEG cap while undergoing a simple computer task. They were asked to choose one of two doors on a computer screen and were instructed that if the right door was chosen, the participant would win a small amount of money.

Next, participants with anxiety or depression were randomly chosen to take an SSRI every day for 12 weeks or receive 12 weekly sessions of CBT delivered by a psychotherapist. After treatment, all participants completed the monetary reward task again to assess whether there were changes in neural reactivity related to receiving a reward.

There were two significant findings of the study, according to Burkhouse. "The more that reward positivity increased from the baseline measurement to the final post-treatment measurement, the more participants reported a lessening of their depression or anxiety symptoms with treatment."

"This means that reward positivity closely follows symptom improvement as treatment progresses, and as such, can be used to help determine if a particular treatment is working for a patient or not," said Burkhouse.

The second finding was that participants with a blunted reward positivity before starting treatment had a greater reduction in depressive symptoms if they were assigned to receive SSRIs, but not talk therapy.

"These findings could help bring precision medicine closer to reality for patients with anxiety and depressive disorders," said Dr. K. Luan Phan, professor of psychiatry in the UIC College of Medicine and a senior author on the paper.