Ebola Outbreaks: Mass Vaccinations May Not Be Effective 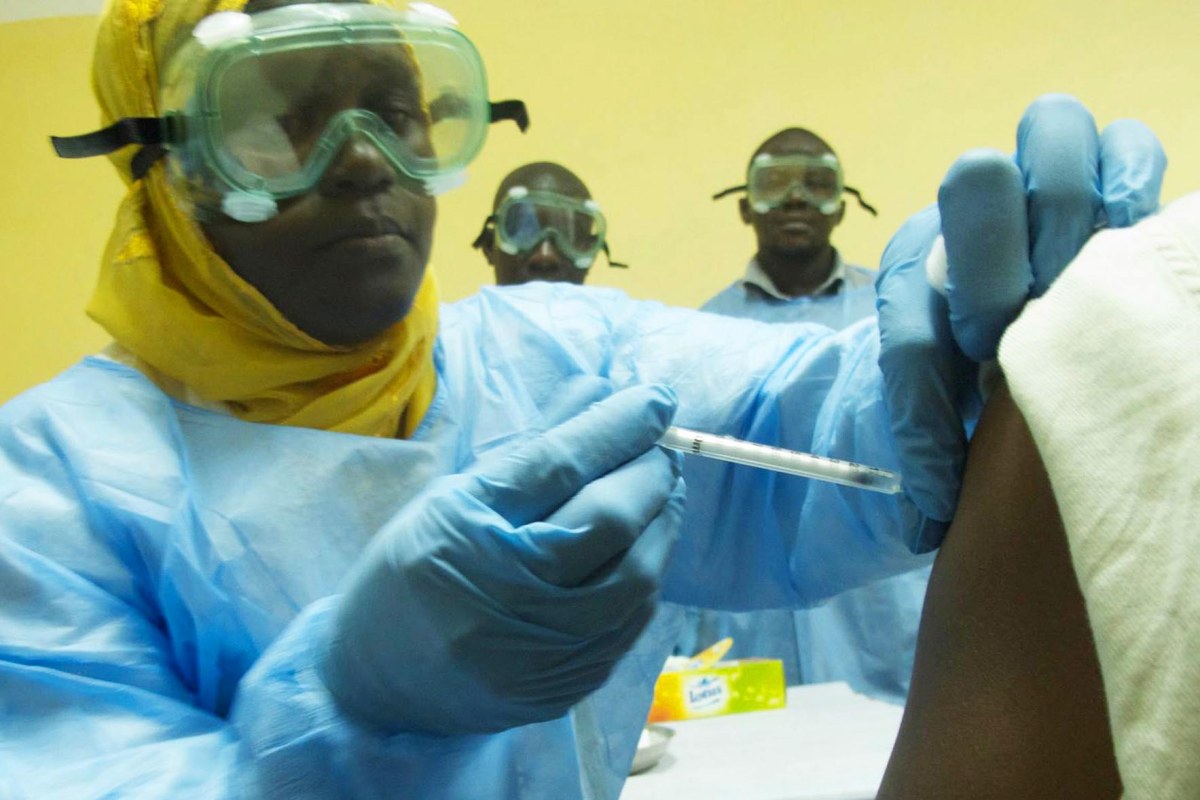 Prophylactic mass vaccination programmes are not a realistic option in the battle to prevent new Ebolavirus outbreaks, a University of the Kent-led research team has shown. The findings come as the World Health Organisation has announced a new Ebola virus outbreak in the Democratic Republic of Kongo.

The team analysed the prospects for various Ebolavirus vaccines and found that, for the foreseable future at least, Ebolavirus outbreak control depends on surveillance and the isolation of cases.

The researchers' analysis revealed that very high proportions of potentially affected populations would need to be protected by vaccination to establish herd immunity, i.e. the level of immunity that prevents virus transmission within a population.

The study, entitled Herd immunity to Ebolaviruses is not a realistic target for current vaccination strategies identified that, in the critical phases of many Ebola virus outbreaks, the average infected individual infects four or more other people, which enables the virus to spread rapidly.

At this level, 80% of a population would need to be immunized to prevent outbreaks, even if a highly effective vaccine that protects 90% of individuals after vaccination was available.

Such vaccination rates are currently unachievable. In a vaccination trial during the West African Ebola virus epidemic, only 49% of individuals who had been in contact with Ebola virus patients could be vaccinated. Thirty-four percent of contacts refused vaccination although they had been exposed to the disease.

There are currently no clinical vaccine candidates available that protect against all four human-pathogenic Ebolaviruses. It also remains unclear, say the researchers led by Professor Martin Michaelis, of Kent's School of Biosciences, whether the available vaccine candidates provide the long-term protection that is required for the sort of prophylactic mass vaccination programme that could prevent Ebola, which becomes repeatedly introduced into the human population from animal reservoirs.

A large vaccination programme would also be costly and impractical, the study points out. Costs for current Ebolavirus vaccine candidates are estimated to be in a range of US$ 15-20 per dose, with some 462 million people living in the areas affected by Ebolavirus outbreaks, many of them in very remote rural areas.

In the absence of a realistic prophylactic mass vaccination programme, the researchers conclude that clinical vaccine candidates will need to be focused on health care workers who are often involved in disease transmission, potentially in combination with the vaccination of patient contacts.