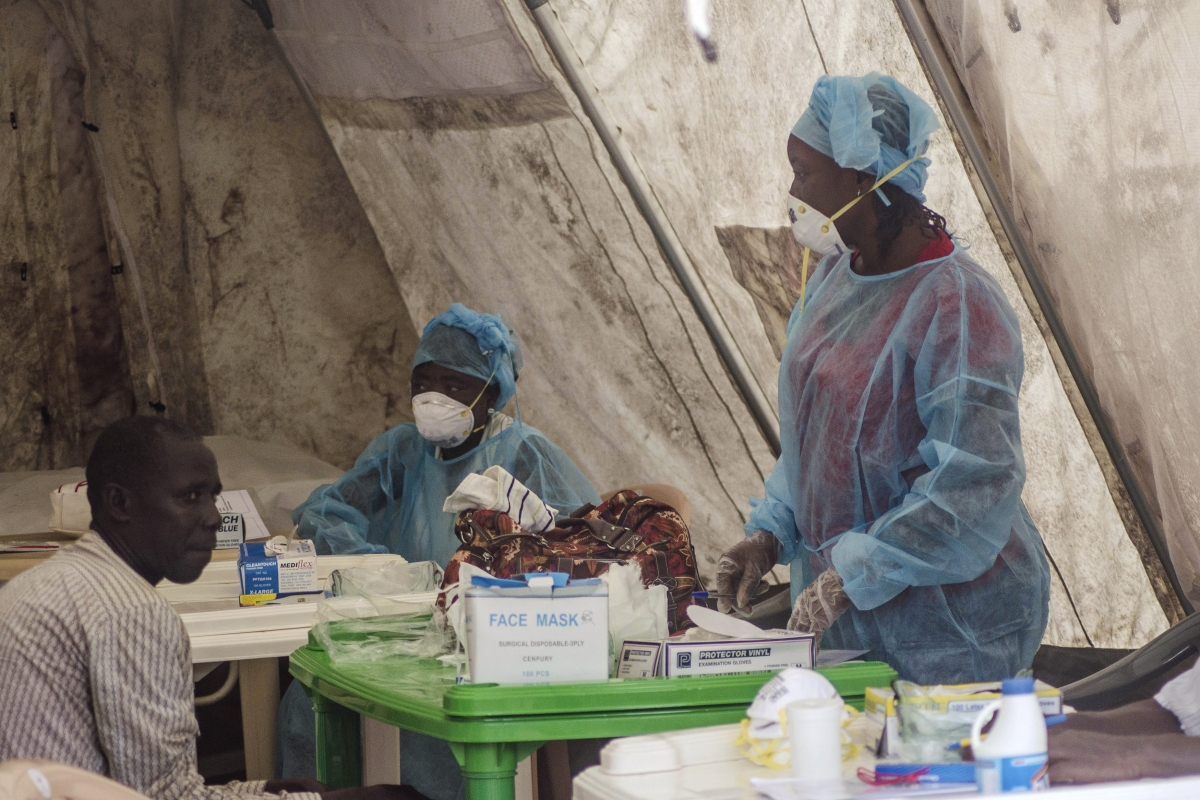 A study determines the efforts to curb the spread of Ebola in an urban area in Congo, although the lethal virus is still reported in at least two remote areas. There have been 35 confirmed cases, including 12 deaths. The U.N. health agency and partners have vaccinated more than 400 people with an experimental Ebola vaccine, the first time it has been used in an emerging outbreak.

WHO emergencies chief Peter Salama told reporters that the response has gone "quite smoothly" and that the agency's first priority had been to stop Ebola's spread in Mbandaka, a city of more than 1 million that sits on a river described as a "highway" connecting it to other regions.

They cannot conclude they have safeguarded the city of Mbandaka, but so far there has not been an explosive increase in cases.

Salama also said officials were planning to test five unlicensed drugs for Ebola, pending Congo's approval. Two of the drugs were previously used in past Ebola outbreaks, but the three remaining medicines have mostly been tested in animals. Salama said using the drugs in Congo's basic health clinics would be challenging since some involve intravenous infusions and require daily monitoring of kidney and liver functions.

Having new cases arise from people not already under observation suggests the virus could be spreading unchecked in certain areas.

Bikoro has had no electricity and no functioning lab, officials said, and outbreak response efforts in Iboko have required the establishment of helicopter landing sites and electricity. Salama said WHO has been focused on three separate chains of Ebola transmission connected to a funeral, a church gathering and a visit to a health center in Bikoro. He said officials were trying to monitor about 900 contacts of Ebola cases but couldn't say how many of the newly reported cases are coming from previously identified contacts.

This is a work in progress, the"overwhelming majority" of contacts were being followed up on a daily basis and that vaccination was providing further reassurance the epidemic might soon be controlled.