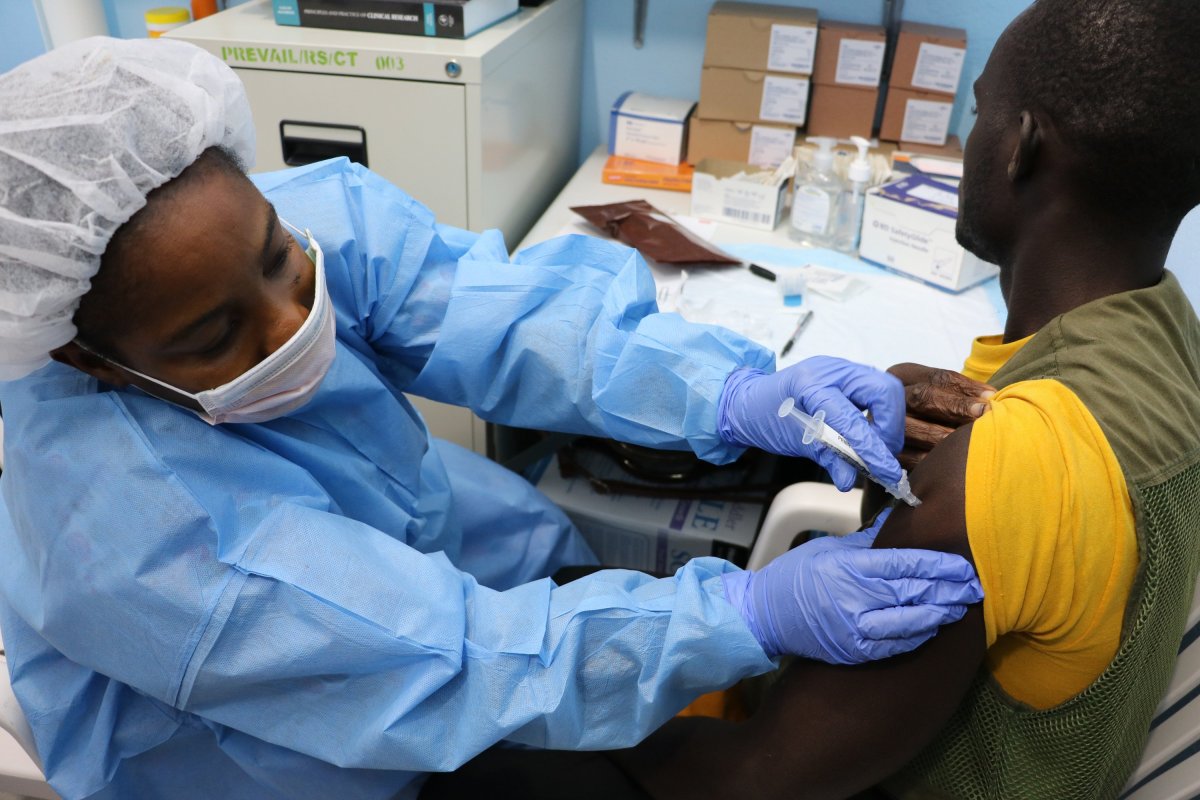 Scientists hope that a new approach to vaccine development, combined with improved surveillance of potential future threats of outbreak, could help to massively reduce the impact of deadly diseases such as Ebola, Marburg and Lassa fever.

Researchers from the University of Cambridge will shortly begin clinical trials of a new vaccine that builds on almost two decades of research to protect against diseases caused by RNA viruses. At the same time, they will begin studying the natural animal reservoirs of the viruses in an attempt to try and predict which strains are likely to cause future outbreaks, information that will be essential for creating effective vaccines.

A new approach to vaccine development

The research takes a new approach pioneered by Professor Heeney and builds on Cambridge's strengths in genomics, monoclonal antibody research and computational biology. It has led to the formation of DIOSynVax, a spin-out company of Cambridge Enterprise.

A virus's genetic code is written into its RNA (just as ours is written into our DNA), which leads to the generation of proteins. When we are infected by a virus, our immune system responds to these proteins, known as 'antigens', producing antibodies that can identify and try to eliminate the invading pathogen.

The approach developed by Professor Heeney involves understanding how the immune system correctly identifies the virus from its proteins, and using this information to create 'viruses' that can generate an immune response. Using monoclonal antibodies—copies of antibodies taken from survivors of the target diseases—they can then test whether the body can effectively eliminate these fake viruses, leading to protection.

Predicting the next outbreak

In recent Ebola outbreaks, the approach used successfully by the World Health Organization is known as 'ring vaccination', focused on vaccinating and monitoring a ring of people around each infected individual. However, this approach can only be used in response to an outbreak. In order for a vaccine to be used proactively—to prevent an outbreak in the first place—it is necessary to predict which strain or strains of a virus are most likely to cause future epidemics.

"A disproportionally high number of emerging and re-emerging diseases—from Ebola and Lassa through to rabies and influenza—are caused by RNA viruses carried naturally by animals," says Professor Heeney. "We know very little about the viral diversity within these reservoir species and what enables them to spread to humans—and hence where the likely future threats lie."

"Vaccines are only as good as the antigen immune targets of the virus that they are designed for," adds Professor Heeney. "If the antigen changes, the vaccine will no longer be effective. In most cases, current vaccine candidates against RNA viruses are from past human outbreaks with little or no information of future risks from viral variants carried in animal reservoirs, especially those with the potential for animal-to-human transmission."

Professor Melanie Welham, Executive Chair of BBSRC, says: "This important research from the team at the University of Cambridge is about providing effective treatments for some potentially deadly diseases spread by rats and bats: Lassa and Ebola respectively. Novel strategies to combat dangerous infections like these are essential and often underpin the development of much-needed next generation vaccines.

"Professor Heeney and team have already made a significant difference in this area, researching cross species transmissions of these viruses, with a view to developing vaccines for Ebola and Lassa that would be effective against multiple strains."

"Equipped with this information, we should be able to design better vaccine antigens for more effective and broadly-protective vaccines," says Professor Heeney. "Combined with our accelerated vaccine development platform, this has the potential to have an enormous positive impact on global public health."