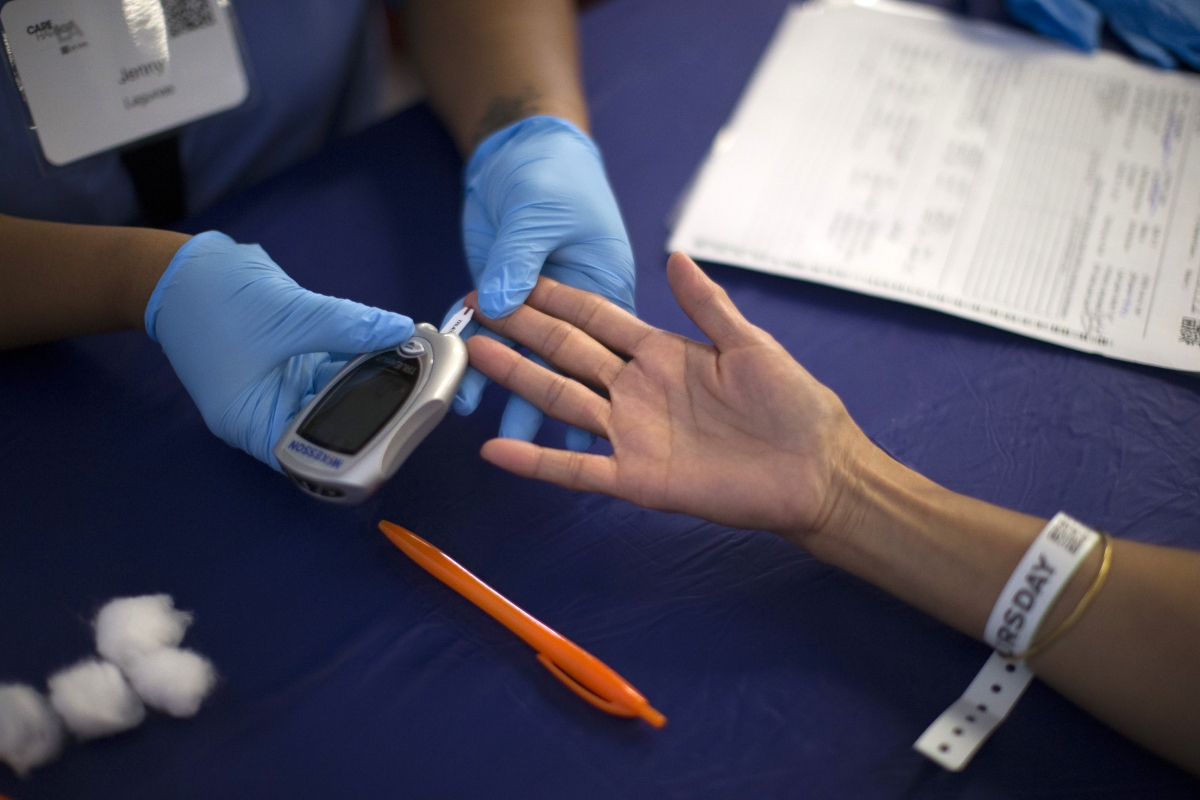 Health checks, including diabetes risk assessment, have been introduced in some countries. However, there are few population-based trials assessing the benefits, harms, and costs of these screening programmes, and these have shown mixed results.

Between 2001 and 2006, a population-based cardiovascular and diabetes screening programme was introduced in five out of 16 Danish counties. Over 150,000 individuals registered with 181 practices participating in the ADDITION-Denmark study were sent a diabetes risk score questionnaire.

If their score indicated moderate to high risk, willing participants received a diabetes test and cardiovascular risk assessment with their family doctor. More than 27,000 attended the screening, and 1533 were diagnosed with diabetes during screening.

A further 1,760,000 individuals were identified for a matched no-screening control group. Participants were followed for approximately six years following diagnosis until 31 December 2012, when national registers were searched for healthcare usage and healthcare cost.

The researchers found that those individuals with clinically diagnosed diabetes were identified on average 2.2 years later than individuals whose diabetes was detected in the screening practices.

Healthcare costs were significantly lower in the screening group compared with the no-screening control group, with an average annual difference in healthcare costs of €889 per individual with diabetes. The results have just been published in the scientific journal Diabetologia.

Lead author Camilla Sorts said, "While trials of population-based screening for type 2 diabetes have not demonstrated beneficial effects at the population level, we have previously shown that there are benefits for those found to have diabetes. This study contributes to our previous research by showing that early detection and treatment among individuals at high risk of type 2 diabetes has the potential to reduce costs."

The published results are based on the Danish part of the ADDITION study. The ADDITION study is a Danish initiated, international study with partners in Cambridge, U.K., and Utrecht, Holland.

Also, half of the doctors were trained to give intensive treatment consisting of lifestyle changes (healthy diet, exercise, smoking stop) and preventive medicine to lower blood sugar levels, blood pressure and cholesterol in the blood.

The other half of the general practitioners treated patients by the existing treatment guidelines. The randomized study showed a 17% decrease in cardiovascular disease after five years, a relevant but not statistically significant difference.

Morbidity and mortality in the group that was treated by the existing treatment guidelines proved to be considerably lower than among patients who were given the diabetes diagnosis without systematic screening.

Torsten Lauritzen, Aarhus University and guarantor for the present study said: "The present paper is based on a recent publication in Diabetologia (2017) demonstrating that a single round of diabetes screening and cardiovascular risk assessment was associated with a 16% risk reduction in cardiovascular disease and a 21% reduction in all-cause mortality in individuals diagnosed with diabetes between 2001 and 2009."