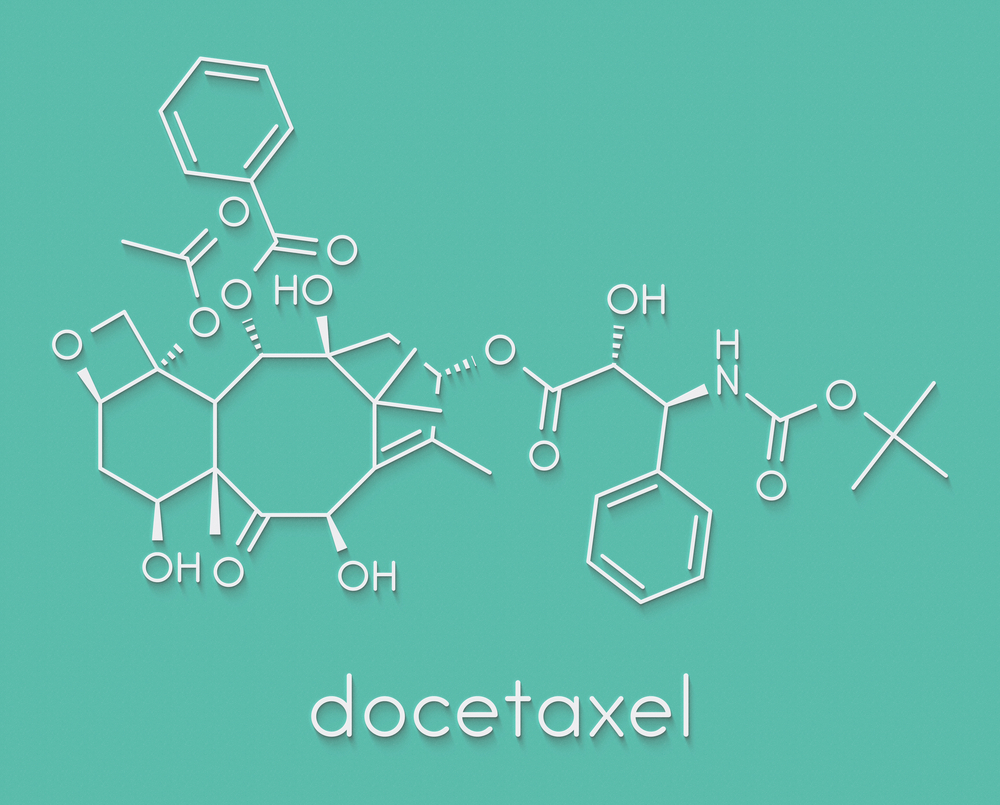 Adding the chemotherapy docetaxel to standard hormone therapy for both metastatic and nonmetastatic prostate cancer is a win-win-win because it improves patients' overall quality of life (QoL), reduces the need for subsequent therapy, and is cost-effective, according to a new modeling study from the investigators of a major clinical trial.

That trial, known as STAMPEDE (Systemic Therapy in Advancing or Metastatic Prostate Cancer: Evaluation of Drug Efficacy), helped establish that docetaxel was an effective option in the treatment of metastatic prostate cancer. The study showed a 10-month overall survival benefit when the drug was added to androgen deprivation therapy (ADT) for hormone-sensitive metastatic prostate cancer compared with ADT alone.

However, use of docetaxel in nonmetastatic disease has been considered controversial because the difference in survival was not as pronounced in this earlier stage of disease as it was in metastatic disease and did not reach statistical significance, as reported at the time by Medscape Medical News.

"Results suggest the use of docetaxel in selected nonmetastatic patients should be considered," he said in a presscast ahead of the Genitourinary Cancers Symposium (GUCS) 2018, which will be held later this week in San Francisco.

The triple benefit (QoL, less need for more therapy, cost-effectiveness) seen in nonmetastatic disease is "somewhat surprising and may cause clinicians to rethink how and when they use docetaxel to treat prostate cancer," he said.

Dr. James will be presenting results from the new modeling study, which calculated lifetime predictions of costs, changes in predicted survival duration, quality-adjusted-life-years (QALYs), and incremental cost-effectiveness ratios. The researchers used data on both men with metastatic (M1) and nonmetastatic (M0) disease, as the trial included both populations.

Health outcomes and costs in the UK National Health Service were modeled by using EuroQol (EQ-5D), which is a standardized self-reporting tool, and resource-use data collected within the STAMPEDE trial. In the trial, a standard of care was ADT for at least 2 years and, in some patients, radiotherapy. Docetaxel (75 mg/m2) was administered alongside standard of care for six 3-weekly cycles with prednisolone 10 mg daily.

The team reported that docetaxel was estimated to extend predicted survival by an average of 0.89 years for M1 patients and 0.78 years for M0 patients, compared with patients receiving standard of care.

Docetaxel was also estimated to extend QALYs by 0.51 years in M1 patients and 0.39 years in M0 patients — and the findings for this measure had a "high degree of certainty," Dr. James commented. QALY gains in M0 patients were driven by the "beneficial effect of delayed and reduced relapse," the authors said.

How Does This Compare to Abiraterone?

The new data prompted Sumanta K. Pal, MD, an American Society of Clinical Oncology (ASCO) expert and urologic oncologist at City of Hope, Duarte, California, and moderator of the GUCS presscast, to think about another drug used in this setting, abiraterone (Zytiga, Janssen).

"Abiraterone may have the benefit of improved tolerability over a short course vs chemotherapy but does require a much more extensive duration of use and further mandates concomitant intake of prednisone, a steroid," Dr. Pal said.

Understanding the cost and quality of life associated with abiraterone may help in selecting either it or docetaxel for these patients with prostate cancer, he summarized.