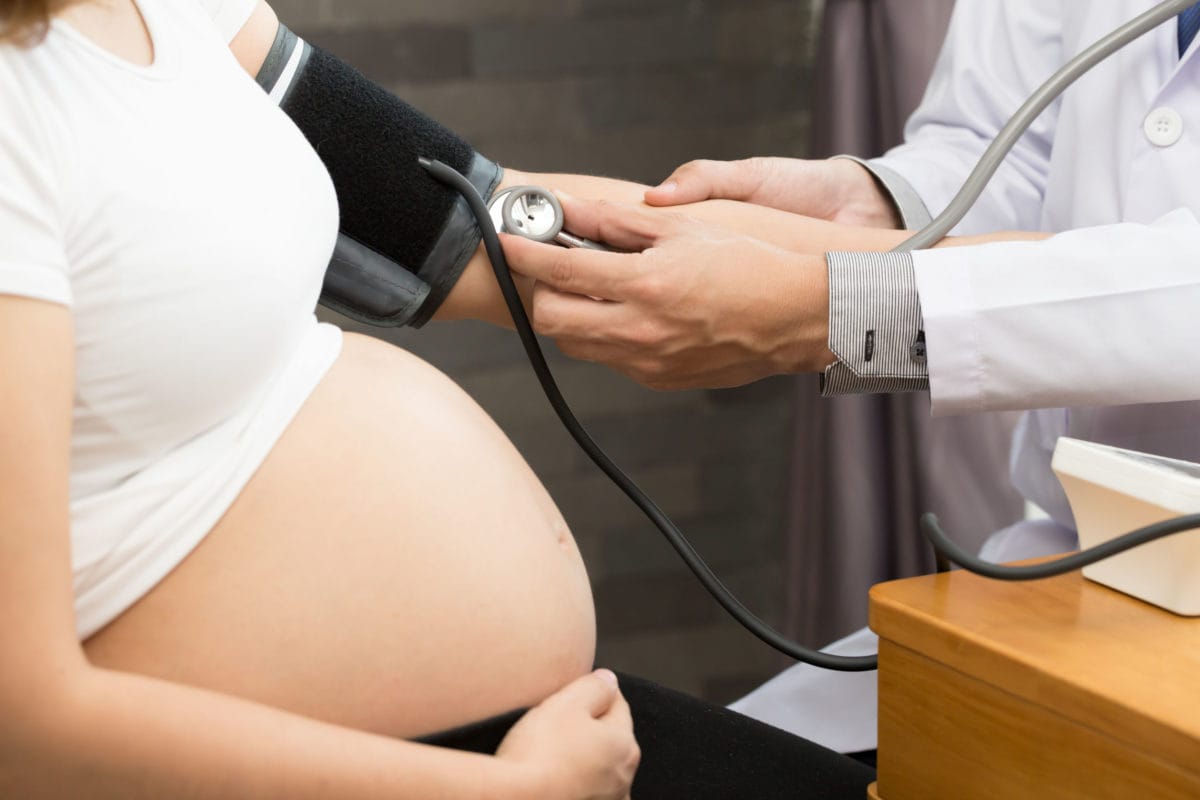 A daily dose of aspirin could help pregnant women in the first stage of high blood pressure avoid a condition that puts both mother and baby in danger, according to a new study

New guidelines lowering the threshold for what defines high blood pressure pose a quandary for doctors who treat pregnant women at risk for preeclampsia. High blood pressure is one risk factor for that condition, which can cause stroke and seizures; premature separation of the placenta; damage to the mother's kidneys and liver; and premature birth and low birth weight.

And while women at high risk for preeclampsia already are given low-dose aspirin as a preventive measure, now doctors must decide whether to give it to women who were not considered candidates for the drug under previous blood pressure guidelines.

"We are going to have a lot more patients that come in with the new high blood pressure diagnosis, and we needed to figure out what to do. What is their risk for preeclampsia? Is it the same?" said Dr. Alisse Hauspurg, who is in her second year of a fellowship in maternal-fetal medicine at the Magee-Womens Hospital of the University of Pittsburg Medical Center.

She led the University of Pittsburg study, published Friday in the American Heart Association journal Hypertension, which shows low-dose aspirin could help prevent preeclampsia in women in the first stage of high blood pressure. The blood pressure guidelines issued in November now consider a reading of 130 on the top or 80 on the bottom to be stage 1 hypertension. In the past, that standard was 140/90.

Habsburg's research showed taking a low-dose aspirin reduced the risk of developing preeclampsia by 39% in women with stage 1 hypertension compared to those taking a placebo.

"I was really surprised that the difference is as big as it is," Hauspurg said. The study was the second look at data collected in a trial investigating low-dose aspirin to prevent preeclampsia in high-risk women.

However, aspirin didn't significantly reduce the likelihood of preeclampsia in women who didn't have high blood pressure but who were still at high risk for the condition. These included women with insulin-dependent diabetes and previous preeclampsia, among other risk factors, for whom preeclampsia risk dropped by just 3%.

The women were recruited between 1989 and 1992 and were given 60 milligrams of aspirin a day during pregnancy. Today, a dose of 81 to 160 milligrams is more common, Hauspurg said. The original study included 2,539 women but only 1,020 were used in this analysis, which did not include women carrying multiple fetuses and who had pre-existing hypertension that is now classified as stage 2.

The substantial difference in the outcome between women with high blood pressure and those without it highlights the need for more studies, doctors said. In fact, doctors said they don't know what causes preeclampsia or how aspirin affects it.

Preeclampsia affects about 3.4% of pregnancies in the United States and causes 10% to 15% of maternal deaths worldwide, according to estimates from the National Institutes of Health.

"We are up against a problem we really don't understand," said Dr. Monique Chireau, an assistant professor of obstetrics and gynecology at Duke University School of Medicine, who was not involved in the study.

Hauspurg cautioned that one study isn't enough to stop giving aspirin to all women at risk of preeclampsia. "I don't want to jump to conclusions," she said.

For now, Hauspurg said the study could help create more targeted trials. For example, statins and metformin are being tested as potential preeclampsia risk-reduction agents, although those drugs aren't as safe as aspirin, she said. "Maybe we target new trials to populations that don't benefit from aspirin."