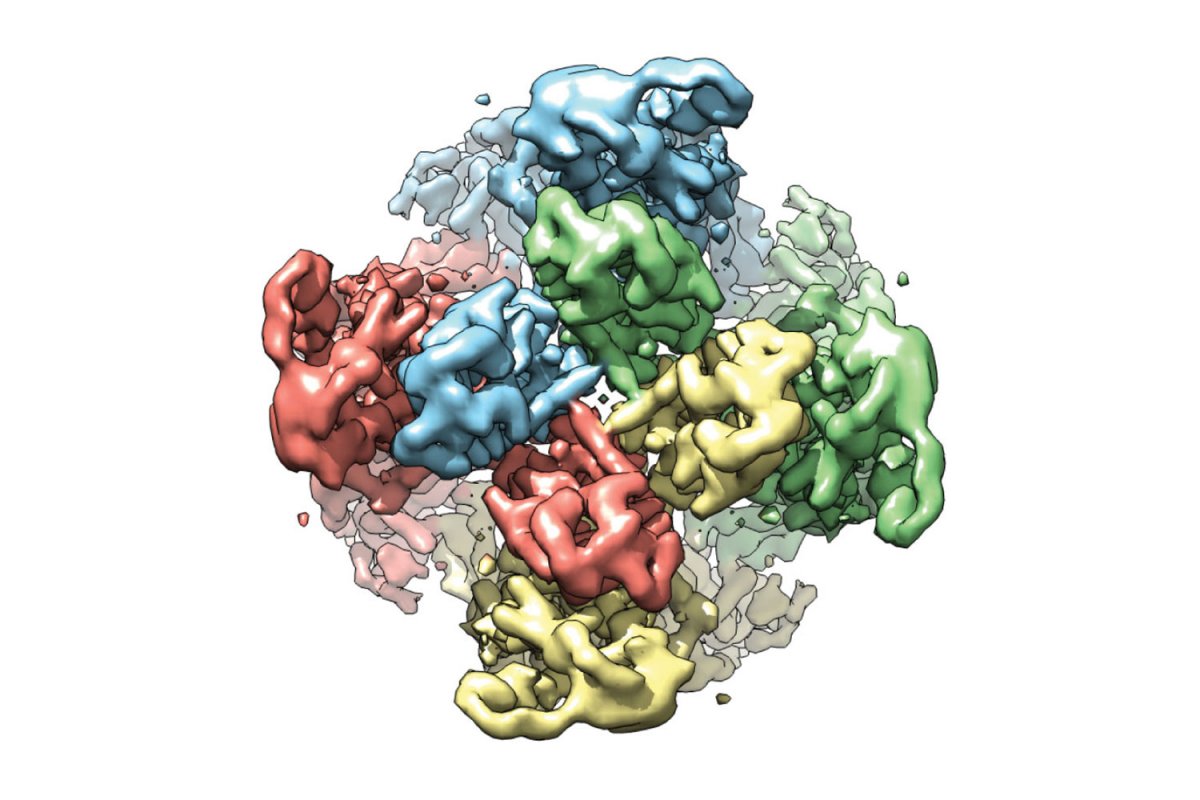 Researchers team used cryo-electron microscopy to elucidate the structure of the protein, which may generate leads for drug development. The human glutamine transporter ASCT2 is upregulated in several forms of cancer. It is also the docking platform for a wide range of pathogenic retroviruses. The study was published in Nature Structural & Molecular Biology.

In human cells, the ASCT2 protein imports the amino acid glutamine and maintains the amino acid balance in many tissues. The amount of ASCT2 is increased in several types of cancer, probably because of increased demand for glutamine. Furthermore, various kinds of retrovirus infect human cells by first docking on this protein.

ASCT2 is part of a larger family of similar transporters. To understand how this family of amino acid transporters works, and to help design drugs that block glutamine transport by ASCT2, scientists have resolved the 3D structure of the protein. They resorted to the technique of single particle cryo-electron microscopy, as they did not succeed in growing crystals from the protein, which are required for X-ray diffraction studies. The human gene for ASCT2 was expressed in yeast cells, and the human protein was purified for imaging.

The structure was determined at a resolution of 3.85 Å, which revealed striking new insights. 'It was a challenging target, as it is rather small for cryo-EM.

The cryo-EM images reveal a familiar type of 'lift-structure,' in which part of the protein travels up and down through the cell membrane. In the upper position, substrate enters the lift, which then moves down to release the substrate inside the cell. The structure of ASCT2 revealed the lift in the lower position.

'To our surprise, this part of the protein was further down then we had ever seen before in similar protein structures. And it was rotated. It had been thought that the substrate enters and leaves the lift through different openings, but our results suggest it might well use the same opening.' This information could help design molecules that stop glutamine transport by ASCT2.

Blocking glutamine transport would be a way to kill cancer cells. 'This new structure allows for a more rational design of transport inhibitors.

Another surprising observation is the spikes that protrude on the outside of each of the three monomers. 'They have never been seen before. 'These are the places where retroviruses dock.' This is consistent with mutagenic studies performed by others. Again, knowing the shape of the spikes could help design molecules which block the viruses from docking. The protein structure was resolved in about four months, which is remarkably fast for cryo-EM. Different scientists, each with their specialty, worked in parallel, which speeded up the process.

Future studies will be done to capture ASCT2 in different configurations, for example inside a lipid bilayer rather than the detergent micelles used in the present study and with the lift in different positions. Researchers conclude that studying different states will help them understand how this protein functions.