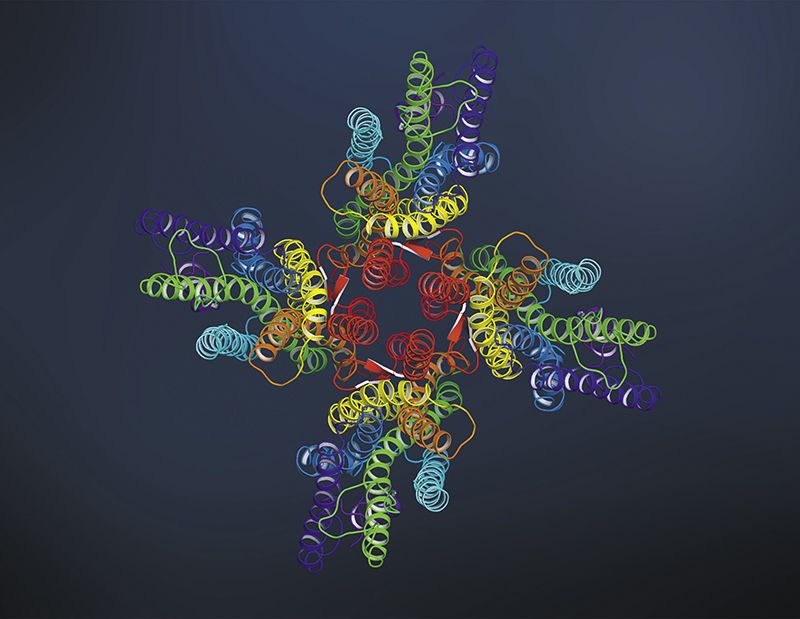 As the imaging technique produces ever-sharper protein structures, researchers are racing to develop tools to assess how accurate they are. Once derided as ‘blobology’ for its blurry images, cryo-electron microscopy (cryo-EM) is now churning out high-resolution structures of everything from virus particles to enzymes.

The number of cryo-EM images uploaded to the Electron Microscopy Data Bank (EMDB) has boomed from just 8 in 2002 to 1,106 last year the same year the technique won its developers the Nobel Prize in Chemistry.

The quality of cryo-EM images now rivals that of X-ray crystallography, long the dominant technique for solving protein structures. The technique has also succeeded where crystallography has struggled: showing, for instance, how temperature-sensitive ion channels work, characterizing pathological proteins in neurodegenerative disease and detailing how viruses can interact with antibodies.

Consequently, many veteran crystallographers are giving up on crystals and freezing proteins for cryo-EM instead. But, some researchers worry, not everyone knows how to evaluate them, and some are calling for new practices and tools to help them do so.

The surge in cryo-EM is largely a result of better electron detectors and image-processing techniques. But, he says, the field still lacks the kind of standardized tools for producing robust structural models that crystallographers developed as their field matured.

As a result, someone who uses a structure to design mutant versions of a protein to understand its mechanism, or who sees a ligand binding in a poorly defined spot, could end up doing months of failed experiments.

Protein structures are often judged by a single factor: resolution, the level of detail a structure shows. That metric is straightforward to ascertain in crystallography, but not in cryo-EM. In crystallography, a highly ordered lattice of tightly packed molecules is rotated through an X-ray beam, and the resolution of the resulting image can be calculated directly from the diffraction patterns made by the deflected photons.

In cryo-EM, proteins and other macromolecular complexes are flash-frozen in a thin layer of water, ideally not much thicker than the protein itself. Irradiating that layer with low-energy electrons produces 2D images of individual particles on the fuzzy detector shadows cast from scattered electrons.

Thousands or even hundreds of thousands of these noisy images are then computationally sorted and reconstructed to create a 3D map. Finally, other types of software fit the protein sequence into the map to create a model. The smaller the object, the noisier the images, so cryo-EM tends to work best for larger structures.

Still, cryo-EM has a long way to go to match practices of crystallography. The fact that data and models need to be validated has to become ingrained in people’s minds, especially as the field attracts many new practitioners who don’t have decades of experience.

And, of course, some things are fundamentally different: crystallography captures proteins in rigid conformations, whereas cryo-EM can show more natural, and naturally ambiguous, conformations for which people are still developing the language to describe.

Improvements will require better methods, greater consensus, and better practices all of which take time to develop. A validation task force met in September 2010 to develop recommendations.