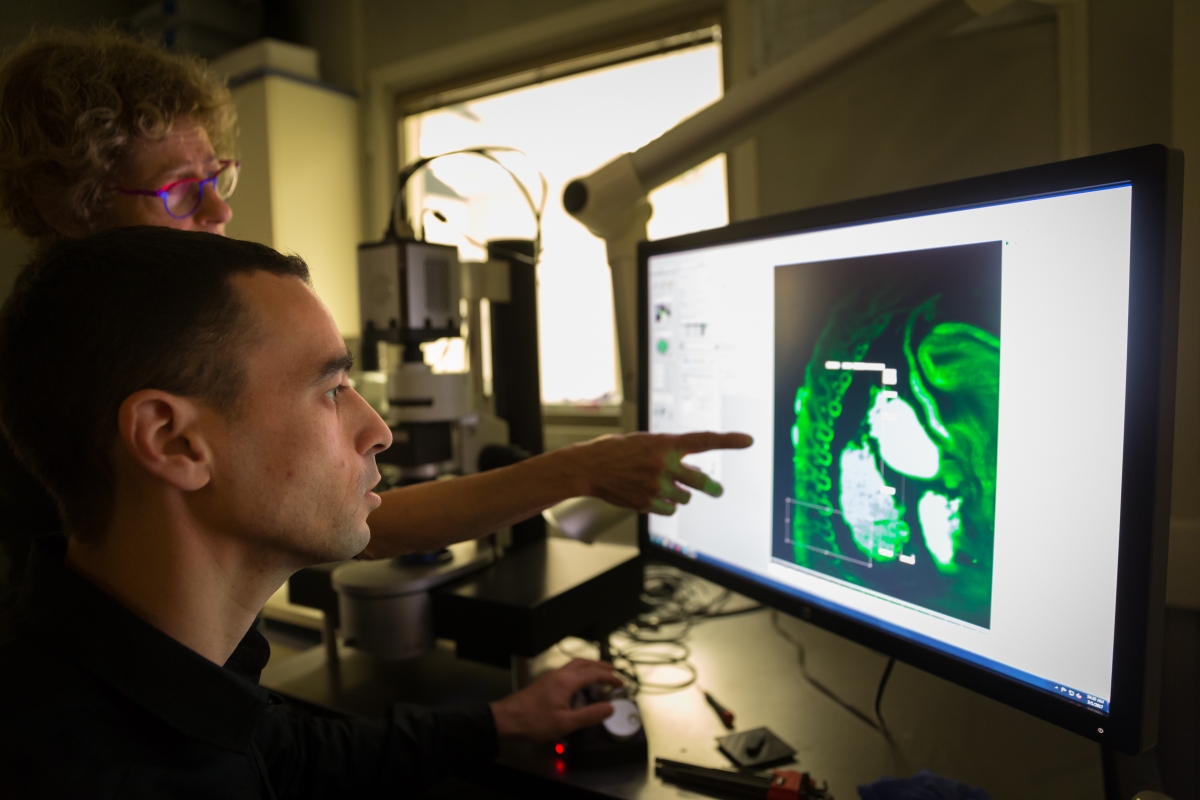 Cryo-EM Visualize The Structure Of Virus

The imaging method called cryo-electron microscopy (cryo-EM) allows researchers to visualize the shapes of biological molecules with an unprecedented level of detail. They used cryo-EM to show the structure of a version of a virus called an AAV2, advancing the technique's capabilities and the virus' potential as a delivery vehicle for gene therapies.

The investigators used several technological advances to create a three-dimensional representation of an AAV2 (short for adeno-associated virus serotype 2) variant, with much better resolution than what has ever been accomplished before.

It advancing methodological applications of cryo-EM while also helping to develop better gene therapies, including treatments for some inherited types of blindness, hemophilia and diseases of the nervous system.

Cryo-EM has allowed investigators to peer into the inner workings of tiny structures and is changing our understanding of biomolecules and their mechanisms. In the current work, the authors show that the technique is truly capable of reaching resolutions almost down to the level of the single atom. It also enables researchers to derive structures for entire protein complexes, rather than just portions of proteins.

In the new study, the Salk investigators focused on a version of an AAV2 virus that has a particular change in one of its amino acids. This version is interesting because it's less infectious than some other AAVs, and is being studied for its important implications in the viral life cycle.

The new research provided a structural explanation for why it's different from other viruses, by revealing key changes in the viral portal used to package DNA. This technique will become especially important for developing a better understanding of how these viruses interact with the human immune system, which is one of the major remaining hurdles to the utilization of these viruses in gene therapy applications.

The size and shape of AAV2 made it ideal for the current cryo-EM analysis. Because this virus has a high level of symmetry, it gave us more bang for the buck. They were able to get 60-fold more information, which allows us to apply new computational techniques to create a better reconstruction of the molecule that will be extendible to many future high-resolution cryo-EM experiments.

The data generation techniques illustrated in this study show that it's possible to extrapolate findings with lower-voltage microscopes than required previously. In the future, this will enable researchers to use new versions of cryo-EM instruments that cost less.

Cryo-EM microscopes are very expensive, and not many institutions have them right now. These findings will help open up this field to almost any academic institution doing structural biology research.