Crop Burning: $230 Mln Plan was Introduced to Stop the Pollution 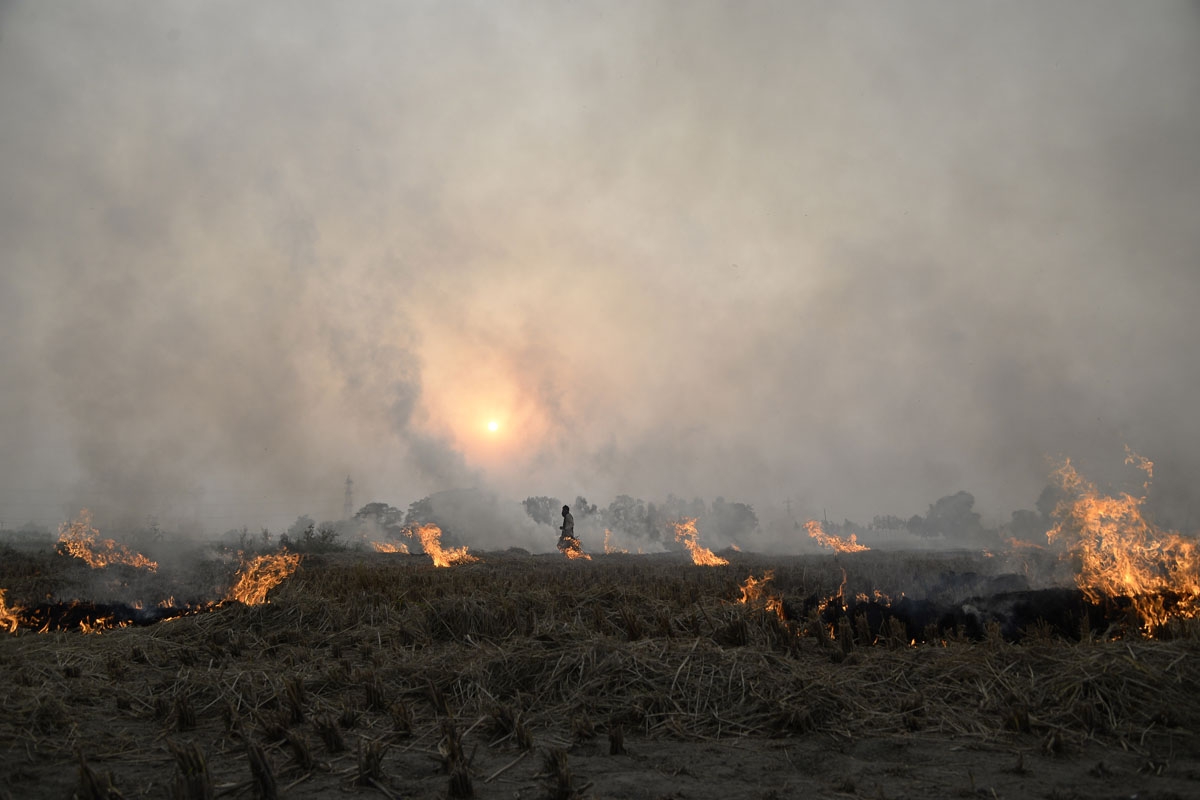 The Indian government's plan to spend $230 million over two years to prevent crop residue burning is below the spending estimates of its policy advisors for the task and may do little to cut the air pollution that envelops the capital region of Delhi.

Prime Minister Narendra Modi's cabinet is expected to sign off on the plan as early as this month, three senior government officials involved in the talks reported.

The planned expenditure is far less than the $600 million per year that NITI Aayog, a government policy advisory group, estimated last November needed to be spent to prevent farmers from burning the crop waste left over after harvesting. It was not clear if the amount was recommended to the government.

Crop stubble burning caused one-quarter of the air pollution that blanketed Delhi in November, the Ministry of Environment, Forest, and Climate Change told parliament last week. The particles from the stubble burning combine with industrial pollution, vehicle exhaust and dust to cover the region every year as winter approaches and wind speeds drop.

The proposed plan would give money to farmers in three states bordering Delhi – Punjab, Haryana and Uttar Pradesh – to cover 80% of the cost of machinery to remove the crop stubble, said the officials, who declined to be named ahead of cabinet discussions on the matter. This would keep the farmers from burning the residue ahead of winter planting.

"This is an important step but a lot will depend on how quickly the scheme is rolled out at a scale that can make a difference," said Anumita Roychowdhury, executive director of New Delhi-based think-tank the Centre for Science and Environment. The government officials said the funding can be raised if needed but warned against expecting immediate results.

"We will not be able to improve more than 20% to 25% of air quality even if the crop residue scheme is fully implemented," acknowledged one of the government officials. "But we have to accept that the efforts to clean Delhi's air will not take less than five years."

In November, Delhi's pollution index climbed to 12 times higher than the upper limit for healthy air. The air quality in central Delhi on Wednesday morning remains "unhealthy" at more than three times the limit, according to the United States embassy in New Delhi.

Delhi was dubbed a "gas chamber" by its chief minister, and the federal government was widely criticized after U.S.-based United Airlines suspended flights to New Delhi because of the pollution. Sri Lankan cricket players threw up on the field during a match in the Indian capital last December.

"A strong message has to go down that pollution is a serious economic and health issue and it is linked to our national image too," Environment Minister Harsh Vardhan said at the launch of a "Clean Air Campaign" last week. "We mean business now."

"For farmers, the cost of most agricultural machineries are prohibitive," said Kartar Singh, a farmer from Punjab. "And that's why the subsidy will come as a relief to those who want to buy modern harvesters and straw management machines."

U.S.-based John Deere and India's Mahindra & Mahindra are some of the main sellers of farm machinery in India. Other plans to deal with the stubble include state electric utility NTPC buying it to use as fuel in a coal-fired power plant.