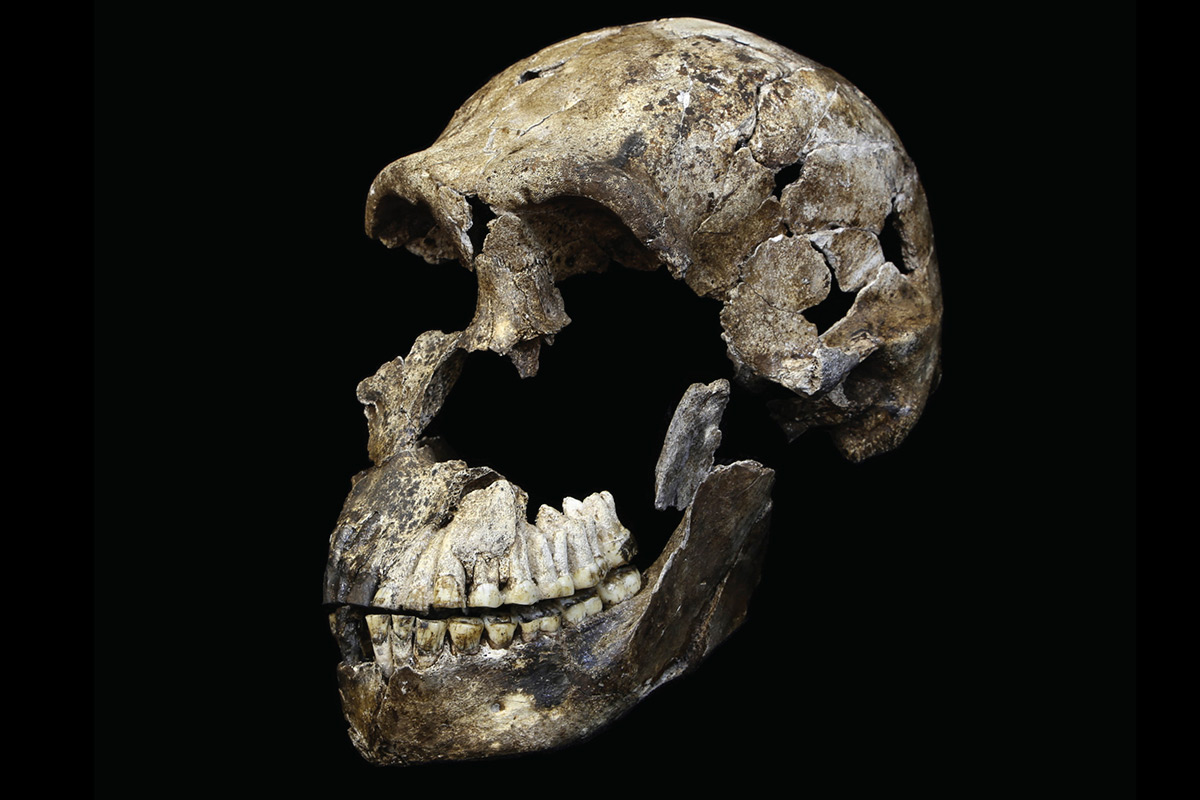 The cranium of the extinct Australopithecus genus was found in the lower-lying deposits of the Jacovec Cavern in the Sterkfontein Caves, about 40km North-West of Johannesburg in South Africa.

They scanned the cranium at the Evolutionary Studies Institute, based at the University of the Witwatersrand, in 2016 and applied advanced imaging techniques in "virtual paleontology" to further explore the anatomy of the cranium.

"The Jacovec cranium represents a unique opportunity to learn more about the biology and diversity of our ancestors and their relatives and, ultimately, about their evolution.  Unfortunately, the cranium is highly fragmentary, and not much could be said about the identity nor the anatomy of the Jacovec specimen before.

Through high-resolution scanning, the researchers were able to quantitatively and non-invasively explore fine details of the inner anatomy of the Jacovec specimen and to report previously unknown information about the genus Australopithecus.

Our study revealed that the cranium of the Jacovec specimen and the Ausralopithecus specimens from Sterkfontein, in general, was thick and essentially composed of spongy bone," says Beaudet. "This large portion of spongy bone, also found in our cranium, may indicate that blood flow in the brain of Australopithecus may have been comparable to us and that the brain case had an important role in the protection of the evolving brain.

In comparing this cranium to that of another extinct group of our family tree, Paranthropus, that lived in South Africa along with the first humans less than two-million-years ago, their study revealed an intriguing and unexpected aspect of the cranial anatomy in this genus.

They also found that the Paranthropus cranium was relatively thin and essentially composed of compact bone. This result is of particular interest, as it may suggest different biology. Situated in the Cradle of humankind, a Unesco World Heritage Site, the South African paleontological sites have played a pivotal role in the exploration of our origins.

In particular, the Sterkfontein Caves site has been one of the most prolific fossil localities in Africa, with over 800 hominin remains representing 3 genera of hominin recovered since 1936, including the first adult Australopithecus, the iconic "Mrs. Ples" and "Little Foot," the complete single skeleton of an early hominin yet found.

The Jacovec cranium exemplifies the relevance of the Sterkfontein fossil specimens for our understanding of human evolution. Imaging techniques open unique perspectives for revisiting the South African fossil assemblage.