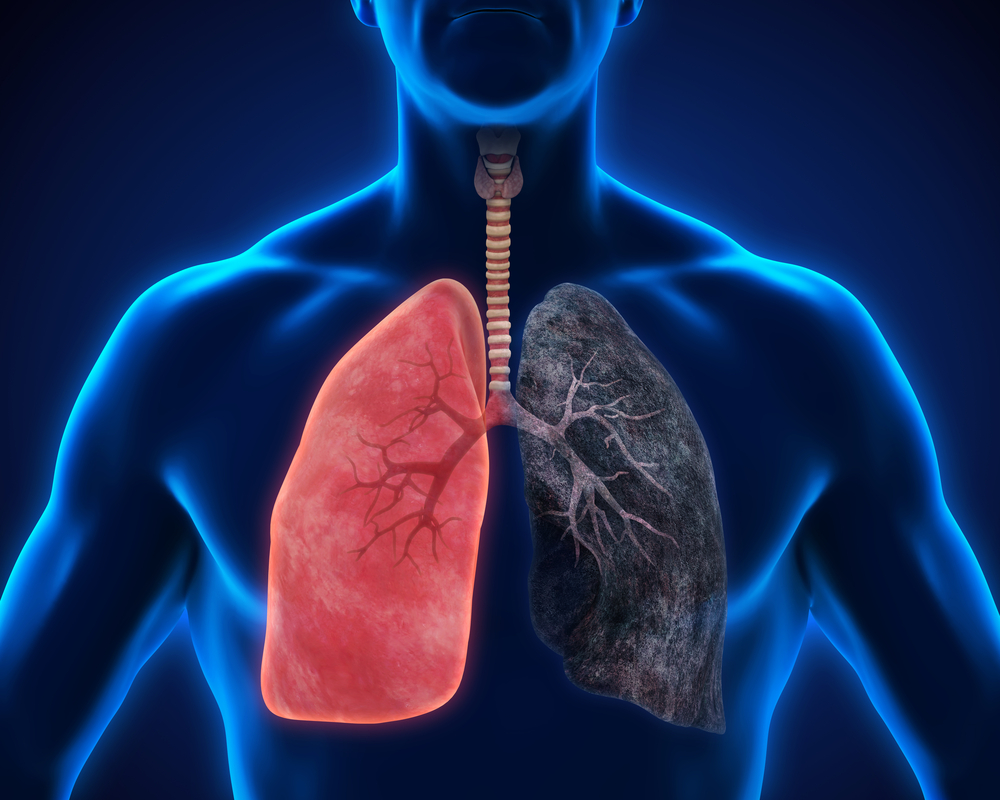 The internal anatomy of our lungs is surprisingly variable, and some of those variations are associated with a greater risk of chronic obstructive pulmonary disease (COPD), a new study led by researchers at McGill University and the Columbia University Irving Medical Center has found.

The variations occur in large airway branches in the lower lobes of the lungs and are readily detected with standard CT scans. The findings suggest that people with certain variations might, in the future, need more personalized treatments.

COPD is a progressive lung disease that causes airway inflammation, makes breathing more difficult, and is the fourth leading cause of death in the world. COPD usually occurs in people with a history of smoking, commonly after they have quit smoking, but is increasingly recognized in those who have never smoked.

Benjamin Smith, the study's first author, noticed that variations in the large airways of lungs had been reported in old autopsy studies. So he and the other researchers set out to see how common those variations are in the general population, and if they were associated with COPD.

For the study, the researchers examined CT scans from more than 3,000 people in the Multi-Ethnic Study of Atherosclerosis (MESA) Lung Study.

"We found that central airway branches of the lungs, which are believed to form early in life, do not follow the textbook pattern in one quarter of the adult population and these non-textbook variations in airway branches are associated with higher COPD prevalence among older adults," said Smith, from the Translational Research in Respiratory Diseases Program.

About 16% of people possess an extra airway branch in the lung, about 6 percent are missing a branch, and another 4 percent have a combination of variants or other patterns. The results were published online in the Proceedings of the National Academy of Sciences.

The amount of lung variation high up in the airway tree was quite a surprise to us," says R. Graham Barr, the study's senior author. "These changes are occurring at a branching level equivalent to your fingers-so it's like a quarter of us having four or six fingers instead of five."

These airway tree variations are identifiable on low-dose screening lung CT scans, which are currently indicated clinically for lung cancer screening in older patients with a history of heavy smoking in the prior 15 years.

Before CT scans are used outside of this group for the identification of airway variants in clinical practice, the study authors say more research will be needed to confirm that preventive or therapeutic interventions based on the presence of airway tree variations can improve patients' outcomes.

In the meantime, the researchers say they will be investigating another important finding — this one around family history. Their study identified a common airway branch variation that occurs within families and is associated with COPD among non-smokers.

Smith said while other developmental events that occur within families may be involved, his research team is looking into whether there is a genetic basis for this variant. "If proven," he said, "this would represent a novel mechanism of COPD among non-smokers."

Smith emphasized that for all the new findings, quitting smoking remains the best antidote to COPD, and smokers trying to quit should seek professional help, if necessary, to succeed.