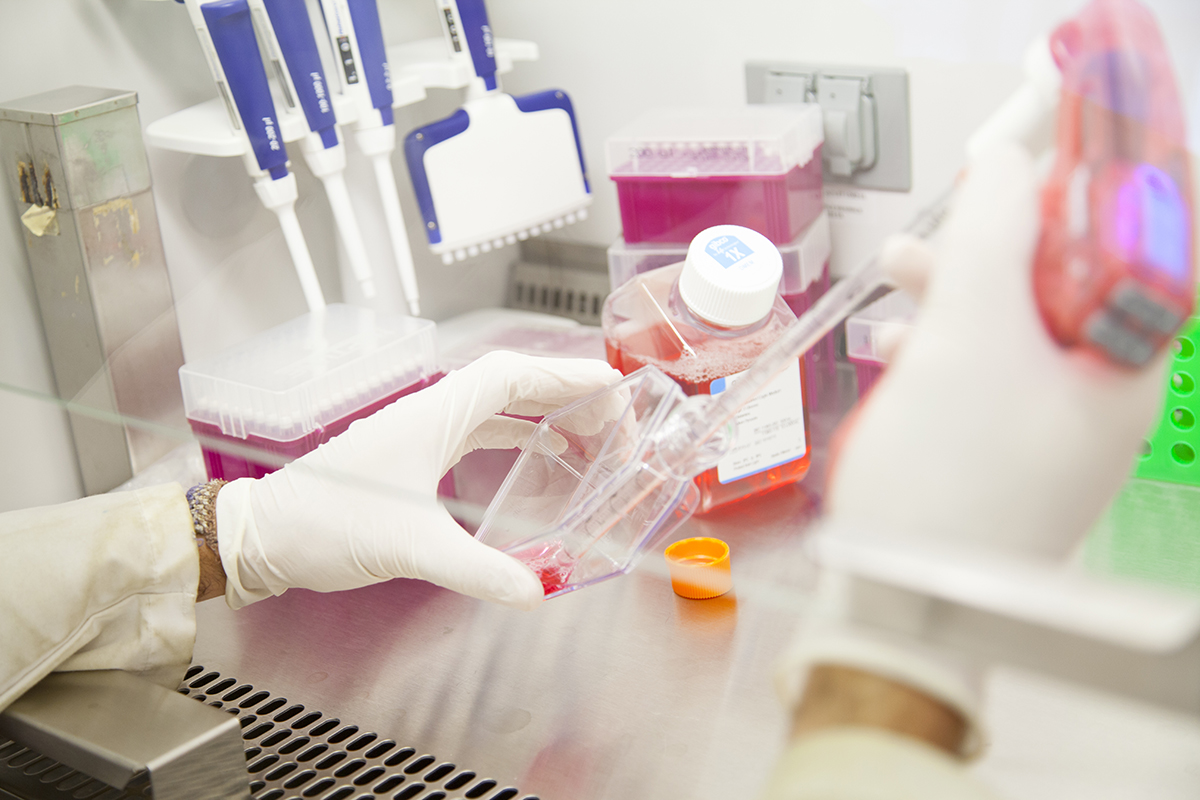 Constructing biological tissues, such as skin, muscle, or bone, in customized shapes is now one step closer. Researchers at EMBL have succeeded in guiding the folding and thus shape of tissues with optogenetics: a technique to control protein activity with light.

Nature Communications publishes their results, with implications for regenerative medicine, on 18 June. The changing of tissue shapes in an embryo is essential for healthy development.

Stefano De Renzis and his group members at EMBL are interested in the mechanisms behind these shape transitions, also called morphogenesis. They used optogenetics, a technique providing precise light-mediated control of protein activity to study changes in tissue shapes.

Uncoupling the link between shape and function

In the current paper, Emiliano Izquierdo, Theresa Quinkler, and Stefano De Renzis used optogenetics to reconstruct epithelial folding: a fundamental process during development, where cells move inwards and fold into the embryo, eventually giving rise to internal tissues like muscles, for example.

Remarkably, they achieved this in cells that normally do not undergo this process. De Renzis, who led the study: "We've uncoupled the link between the shape and function of a cell. This allows us to, for the first time, built tissues in certain shape without affecting the cell's expertise."

Three samples of the tissue shape were created by the team. The black and white square, circle and triangle on the left correspond to the cells that were illuminated. On the right, three fruit fly embryos are shown in cyan, magenta and yellow, demonstrating how the illuminated cells folded inwards after the light-activation.

"The great thing about using optogenetics to guide morphogenesis is that it is a very precise technique," said Emiliano Izquierdo, first author of the study. "We were able to define various shapes, and by alternating the timing and strength of illumination, we could control how far the cells folded inwards."

Another tissue sample is of optogenetics-guided tissue folding. The tissue shows an embryo 10 minutes after illumination, and the bottom one 13 minutes afterward: light-activated cells have folded inwards and thus moved downwards, creating a furrow.

From fruit fly to the clinic?

The research was done in developing fruit flies, but since epithelial folding is a conserved process across evolution, De Renzis expects these methods to also be applicable in other organisms and ex vivo stem cell culture systems.

In that case, optogenetics could be an ideal technique for reconstructing and directing tissue development, which could be used to re-build artificial tissues in regenerative medicine.