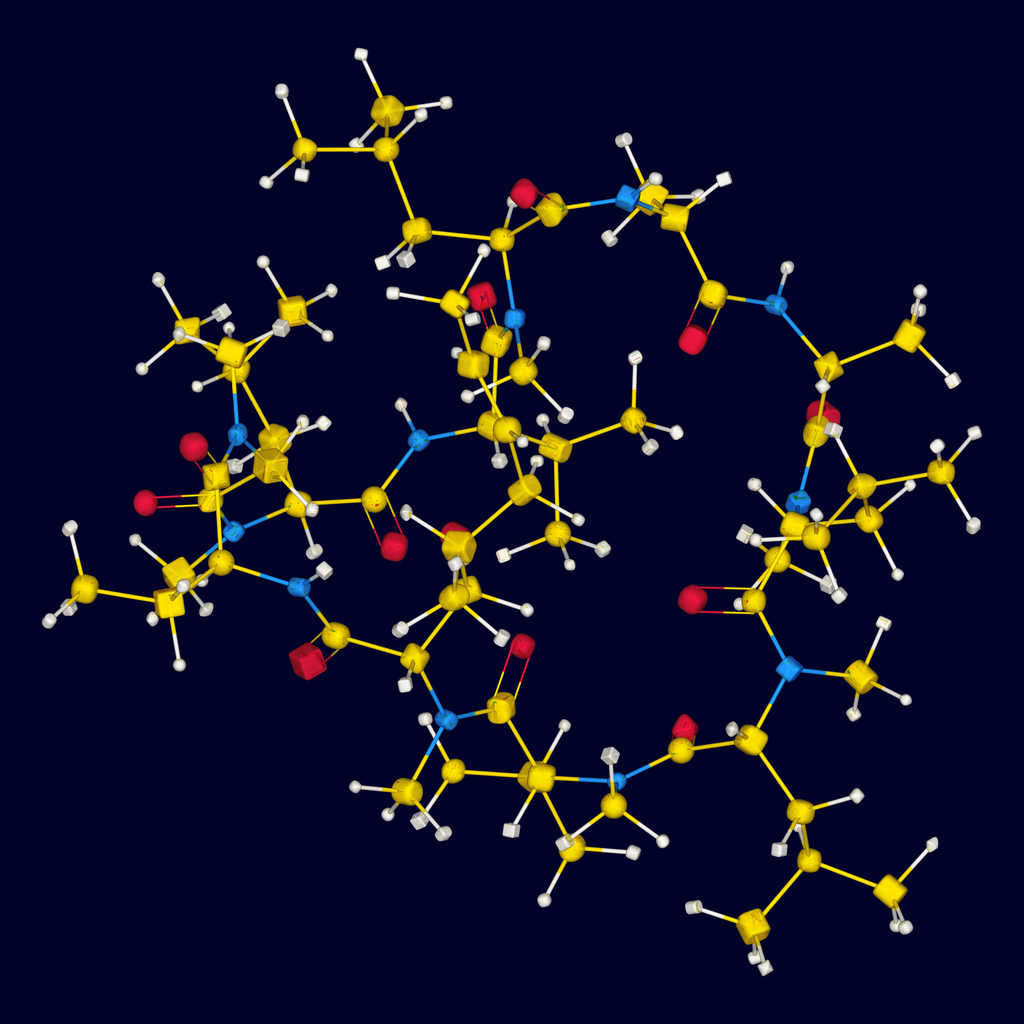 Researchers developed a new computational strategy which might help to realize the promise of peptide-based drugs. Peptides are like protein molecules, but differ in their smaller size, structure and functions. They could experiment on the diverse landscape of shapes, where peptides can form as a guide for designing the next generation of stable, potent, selective drugs. The study is published in Science.

The researchers combined a library of peptide scaffolds upon which drug candidates can be designed. These methods can be used to design additional custom peptides with arbitrary shapes on demand. The small peptides have benefits of small molecule drugs such as aspirin and large antibody therapies such as rituximab. They are stable and potent like small molecules and selective like antibodies.

Naturally occurring peptides that might serve as reliable starting points, or scaffolds, are few. Researchers noted, "We describe computational strategies for designing peptides that adopt diverse shapes with very high accuracy and for providing comprehensive coverage of the structures that can be formed by short peptides." They observed the advantages of the new computational approach.

They could design and compile the library of many new stable peptide scaffolds, which could provide basic platforms for drug candidate architecture. These methods can also be used to design additional custom peptides with arbitrary shapes on demand.

Researchers said, "We sampled the diverse landscape of shapes that peptides can form, as a guide for designing the next generation of drugs." The design of peptides with natural amino acids is the key to control the geometry and chemistry of molecules.

The D-amino acids improved pharmacological properties by increasing resistance to natural enzymes that breakdown peptides. Inclusion of D-amino acids in designs, which allows for a diverse group of shapes. For designing peptides, computer power is required more and results in expensive calculations.

The researchers qualified a cadre of citizen scientists and volunteers who donated their spare cellular smartphone minutes and computer time. Researchers focused on future directions for their peptide computational design approaches. They designed peptides that can permeate cell membranes and enter inside the living cells.

Also, they planned to add new functionalities for peptide structures by stabilizing the binding motifs at protein-protein interfaces for a general study. They anticipate using their methods and scaffolds for developing peptide-based drugs for clinical applications.