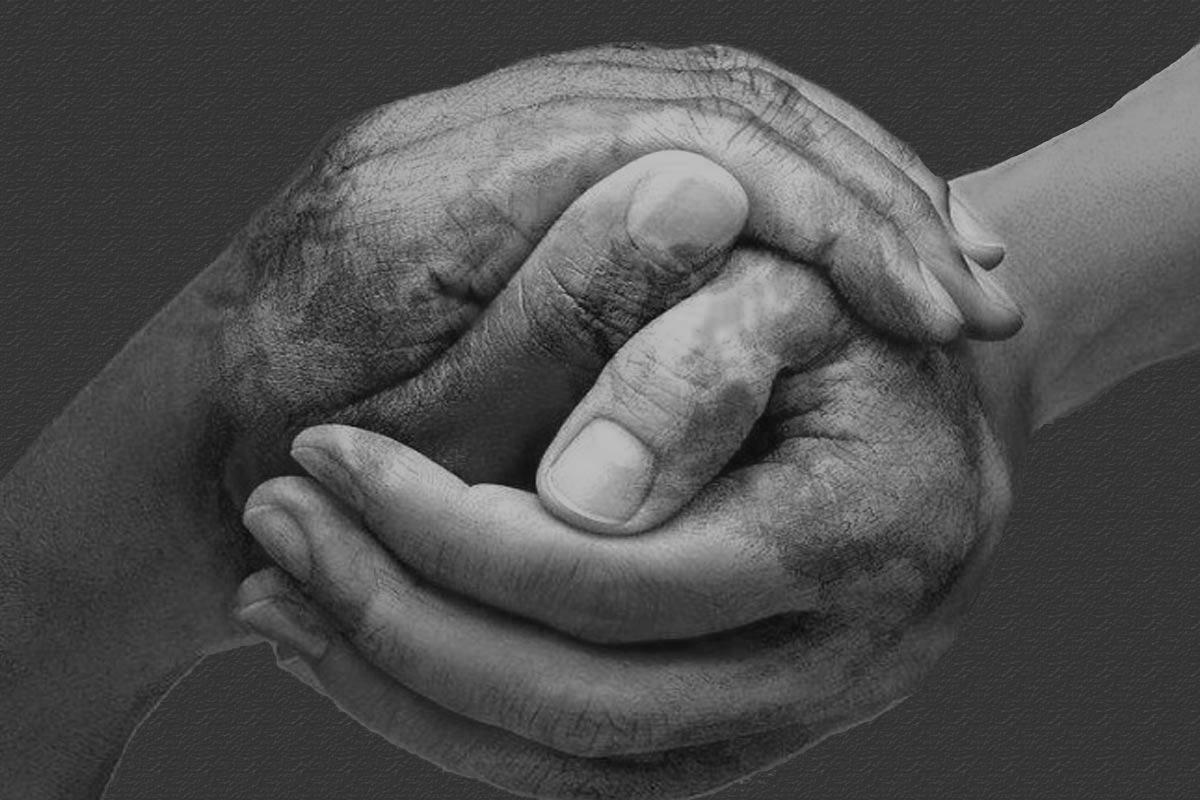 A new study suggests that as little as two weeks of compassion meditation training — intentionally cultivating positive wishes to understand and relieve the suffering of others — may reduce the distress a person feels when witnessing another's suffering. The findings may have implications for professions in which people routinely work with others who are suffering, like doctors, law enforcement officers and first responders.

It can be distressing to witness the pain of family, friends or even strangers going through a hard time. But what if, just like strengthening a muscle or learning a new hobby, we could train ourselves to be more compassionate and calm in the face of others' suffering?

That is the question behind research from the University of Wisconsin-Madison, and a new study suggests that as little as two weeks of compassion meditation training — intentionally cultivating positive wishes to understand and relieve the suffering of others — may reduce the distress a person feels when witnessing another's suffering. It may also improve their ability and likelihood to respond with compassion.

The findings, published in the journal Frontiers in Psychology, may have implications for professions in which people routinely work with others who are suffering, like doctors, law enforcement officers and first responders who experience high levels of distress or empathic burnout.

"Compassion meditation may shift habits of becoming overly distressed when we encounter another's pain," says Helen Weng, assistant professor of psychiatry. "People can learn a calmer and more balanced response when they see someone suffering, even when they are attending more to suffering."

For the study, 24 participants were randomly assigned and trained to do either 30 minutes of compassion meditation or reappraisal training (re-interpreting personally stressful events to decrease negative emotions) every day for two weeks.

The compassion meditation group was trained to visualize people when they were suffering and practice noticing their own personal reactions in a calm and nonjudgmental way. Focusing on a loved one, on themselves, on a stranger, and on someone with whom they had conflict, they also practiced caring for and wishing to help the other person.

In this way, practicing compassion meditation was like exercising a muscle by gradually increasing the "weight" of the relationship with each person considered.

Both groups received brain scans before they were trained and after two weeks of practice to see whether compassion meditation made it easier for those trained to actually look at a suffering person. Humans are visually attentive as a species, Weng says, and looking at someone is a critical first step in determining if they're in need.

While in the brain scanner, before and after two weeks of practice, the participants viewed neutral images of strangers as well as emotionally evocative images of people suffering — like a burn victim or crying child. They were instructed to react to the images as they normally would and to make use of their new training.

For instance, people in the compassion training group practiced compassion toward individuals in the images, having thoughts like: "May this person be happy and free from suffering." The reappraisal group reframed the situation: "This person is an actor and isn't really suffering."

The researchers used eye-tracking techniques to record where people spent the most time gazing at each image, whether it was on areas of the image that were more negative — such as the faces of those in suffering — or on less emotionally charged parts of the image. They also compared this to how much time each participant looked at the socially relevant areas of neutral images, like the face of a person walking down the street.

The research team found that the people who had practiced compassion meditation tended to look more directly at suffering in the negative images relative to the neutral photos. They also showed less activity in the amygdala, insula and orbitofrontal cortex — areas of the brain that are usually more active when experiencing emotional distress and might lead to a withdrawal response and averted gaze.

Compassion meditation slows things down so people can practice being more calm, notice the feelings that arise and learn to be less reactive, she adds. "This gives you more mental space to focus on the other person, to practice wishing kindness and wanting them to be well, and I think both parts are really important for effectively responding to people suffering."

Compassion meditation could also be used as a strategy for working with people with conditions that affect how comfortable they are making eye contact with others, says Richard Davidson, founder of the Center for Healthy Minds and senior author of the study.

"The pattern of these findings — an increase in looking at suffering while simultaneously down-regulating neural circuits associated with negative emotion — is a winning combination that may be beneficial for a wide range of conditions including autism and social anxiety disorder in which gaze aversion and social discomfort are hallmark signs," he adds.