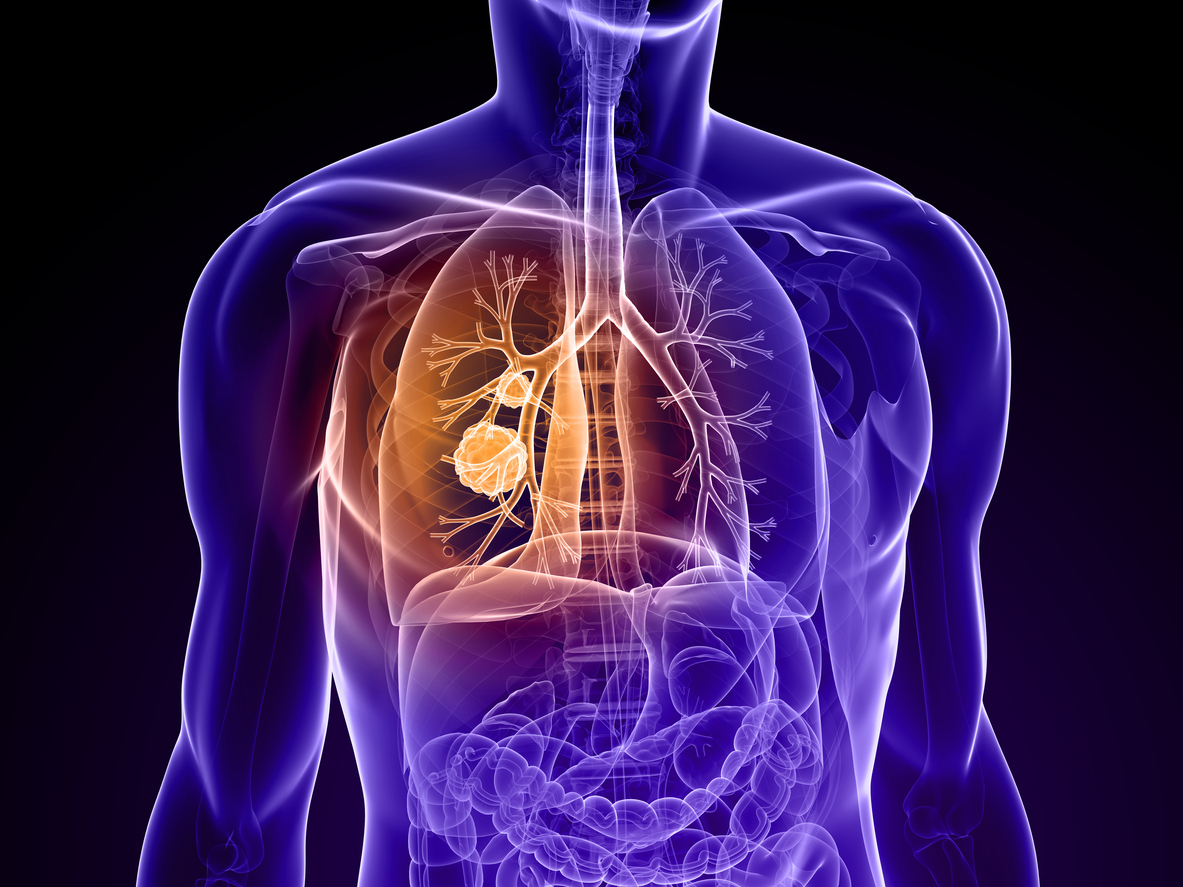 Combining the immunotherapy drug pembrolizumab with chemotherapy doubled survival in patients with non-squamous non-small cell lung cancer (NSNSCLC) lacking genetic changes in the EGFR or ALK genes, when compared with chemo alone, according to a Phase III clinical study published in The New England Journal of Medicine.

Principal investigator Leena Gandhi, director of the thoracic medical oncology program at Perlmutter Cancer Center at NYU Langone Health and associate professor of Medicine in the division of Medical Oncology at NYU School of Medicine, presented these findings April 16 at the American Association for Cancer Research (AACR) Annual Meeting 2018 in Chicago.

A total of 616 patients with untreated, metastatic NSNSCLC without EGFR or ALK alterations were randomly allocated for the trial — 405 patients were treated with both pembrolizumab and platinum + pemetrexed, and 202 received platinum + pemetrexed with a saline placebo. Response rates, overall survival and progression-free survival rates were superior in the pembrolizumab and chemotherapy combination-treatment group.

"The data show that treatment with pembrolizumab and chemotherapy together is more effective than chemotherapy alone," says Gandhi. "Using this combination therapy to treat patients with such an aggressive disease could be an important advance in keeping patients alive and well for longer."

Non-small cell lung cancer is the leading cause of all cancer death, in part because in the majority of cases, the cancer has already spread at the time of diagnosis. Pembrolizumab in combination with chemotherapy is FDA-approved to treat these patients, based on a previous phase II trial on which Dr. Gandhi was one of the lead investigators.

"Although some non-small cell lung cancer patients have increased benefit of targeted therapy or immunotherapy instead of chemotherapy, for some groups of patients with NSNSCLC, chemotherapy has been the standard treatment for more than 30 years," Gandhi notes. "But for patients with NSNSLC without EGFR or ALK alterations, this study may suggest a new standard of care."