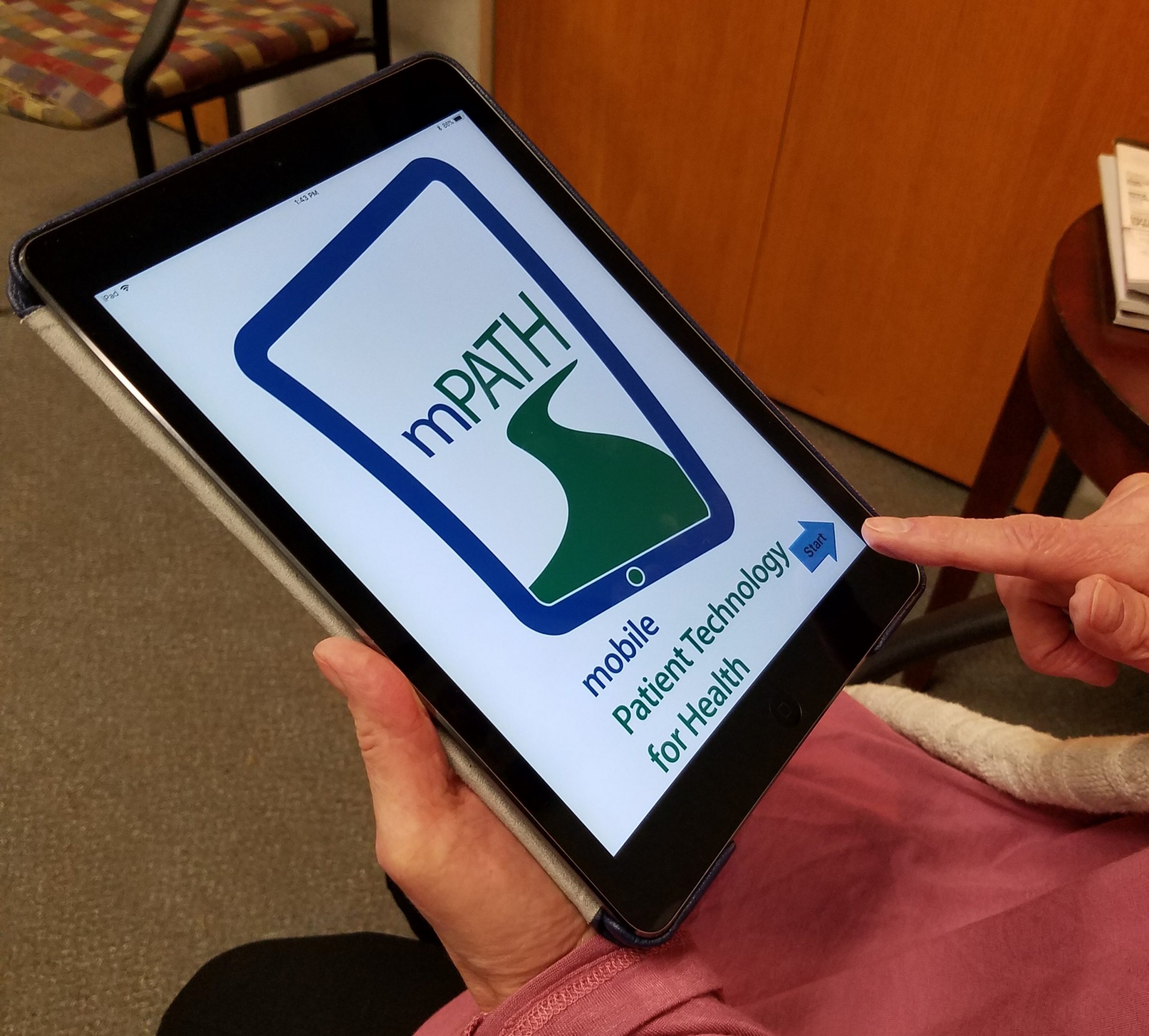 The physicians developed a specially designed iPad app with which patients could order a colon cancer screening test while waiting for their doctor.

In a randomized clinical trial, the app doubled the proportion of patients who underwent colon cancer screenings. Findings from the study are published in the early online edition of the April issue of Annals of Internal Medicine.

Previous research has shown that screening for colon cancer reduces mortality, yet more than one-third of age-eligible Americans go unscreened every year. Colon cancer remains the second leading cause of cancer death in the U.S.

"Many barriers contribute to low screening rates, including patients' negative attitudes about the tests, lack of awareness of the need for screening and competing demands for busy doctors' scarce time," said the study's lead author, David P. Miller.

"In the ideal world, a doctor should discuss the need for screening with patients, inform them of the available options, help them make a decision and then order the test. All of this takes time, time doctors may not have if a patient has other concerns that need to be investigated."

Called mobile Patient Technology for Health-CRC (mPATH-CRC), the iPad application informs patients of their need for screening, helps them make a screening decision, lets them "self-order" a screening test and sends automated electronic messages to help them complete their chosen test.

In this study, researchers enrolled 450 patients in primary care who were due for colon cancer screening. Participants were randomly assigned to use the iPad app or receive usual care, with approximately half in each group.

Participants used mPATH-CRC at their primary care doctor's office on a device owned by the practice and could request follow-up support on their own personal devices. The app also presented educational information about different types of screening tests – colonoscopy and fecal tests – so the patient could order the test they wanted.

Those who used the app were twice as likely to undergo screening compared to patients in the usual care group (30% versus 15%, respectively). Half of the patients who used the app ordered their own screening. That saves doctors a lot of time, the time they can use to address patients' other health concerns, Miller said.

"Digital health programs like the one we developed shouldn't replace doctors. Rather, they should help doctors deliver better care and encourage patients to actively participate in their own care," Miller said.

"As a primary care doctor, I don't mind admitting the iPad program can do a better job of teaching my patients about colon cancer screening than I can. After all, the iPad can use animations and videos, and I just have my voice and maybe some poorly drawn doodles."