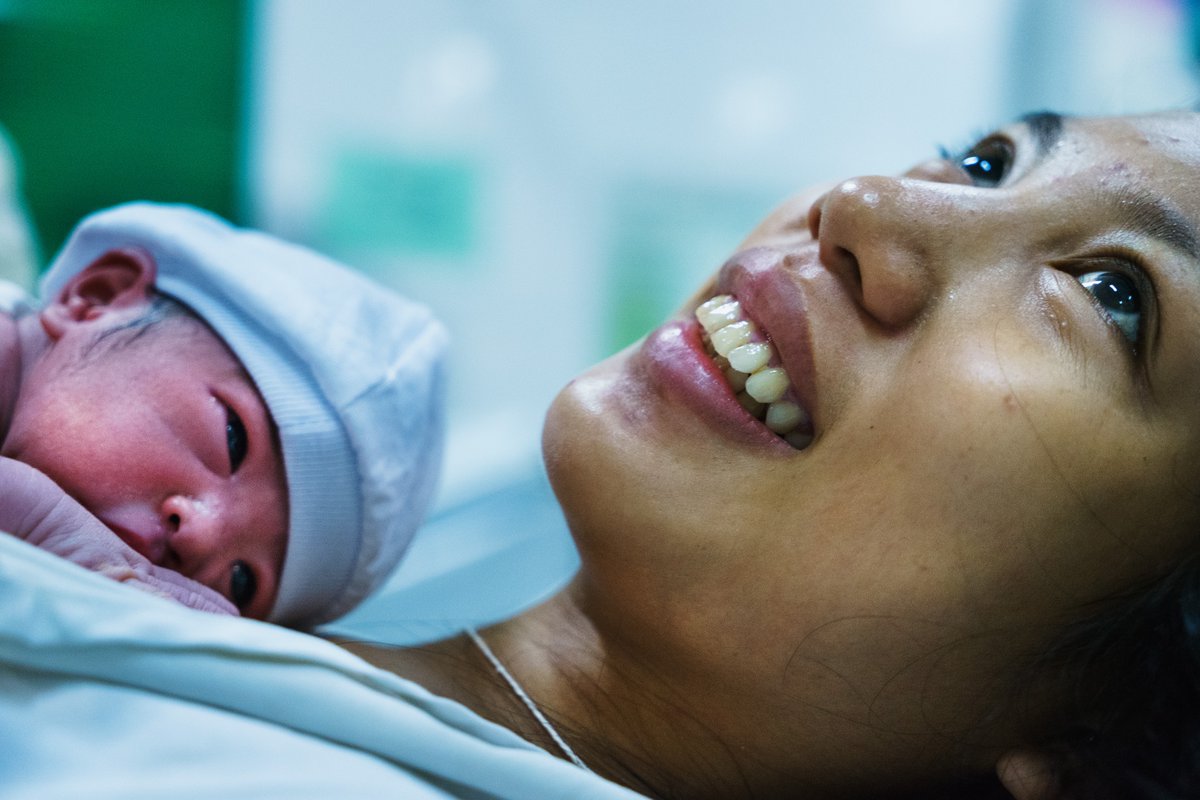 The World Health Organisation advises that clamping should be delayed for two to three minutes after the baby has been born, and the UK watchdog NICE advice midwives and obstetricians not to clamp the cord earlier than one minute after the birth. But in nearly a third of cases, this doesn't appear to be happening

The umbilical cord consists of a vein and two arteries, which are surrounded by a gelatinous substance called Wharton's jelly. A membrane, called the amnion, holds the whole thing together.

During pregnancy, the umbilical cord vein carries oxygen-rich blood and nutrients from the placenta to the baby, and the arteries return deoxygenated blood and waste products, such as carbon dioxide, to the placenta.

A baby's blood supply is independent of its mother's and remains within this closed circuit throughout pregnancy, labor, and birth. As the baby is squeezed through the birth canal or an abdominal incision (if it's a cesarean birth), a lot of the baby's blood is pushed back into the placenta. But as the baby emerges, the umbilical cord – if left to pulsate – returns all of this blood to its rightful owner in a few minutes.

The cord continues to act as the baby's only oxygen supply until the baby starts to breathe before the placenta becomes detached. So, even when a baby needs help to breathe, the cord should ideally remain intact as the baby is resuscitated at the bedside. If the umbilical cord is cut too early, the baby can be deprived of oxygen, 20-30% of its blood volume and 50% of its red blood cell volume.

Aside from reducing the risk of iron-deficiency anemia, delaying clamping by a few minutes has a range of other health benefits, including a reduced lifetime risk of developing chronic lung disease, asthma, diabetes, epilepsy, cerebral palsy, Parkinson's disease, infection and abnormal tissue growths.

A reduced risk of bowel infections, death in premature babies, sepsis and brain hemorrhage in very premature babies; and an increased likelihood of being more sociable and better behaved at age four.

Ultimately, immediate cord clamping disrupts the natural birth process and may cause harm to some babies by depriving them of essential blood and stem cells. Waiting until the umbilical cord is empty of blood before clamping it is the way to go.