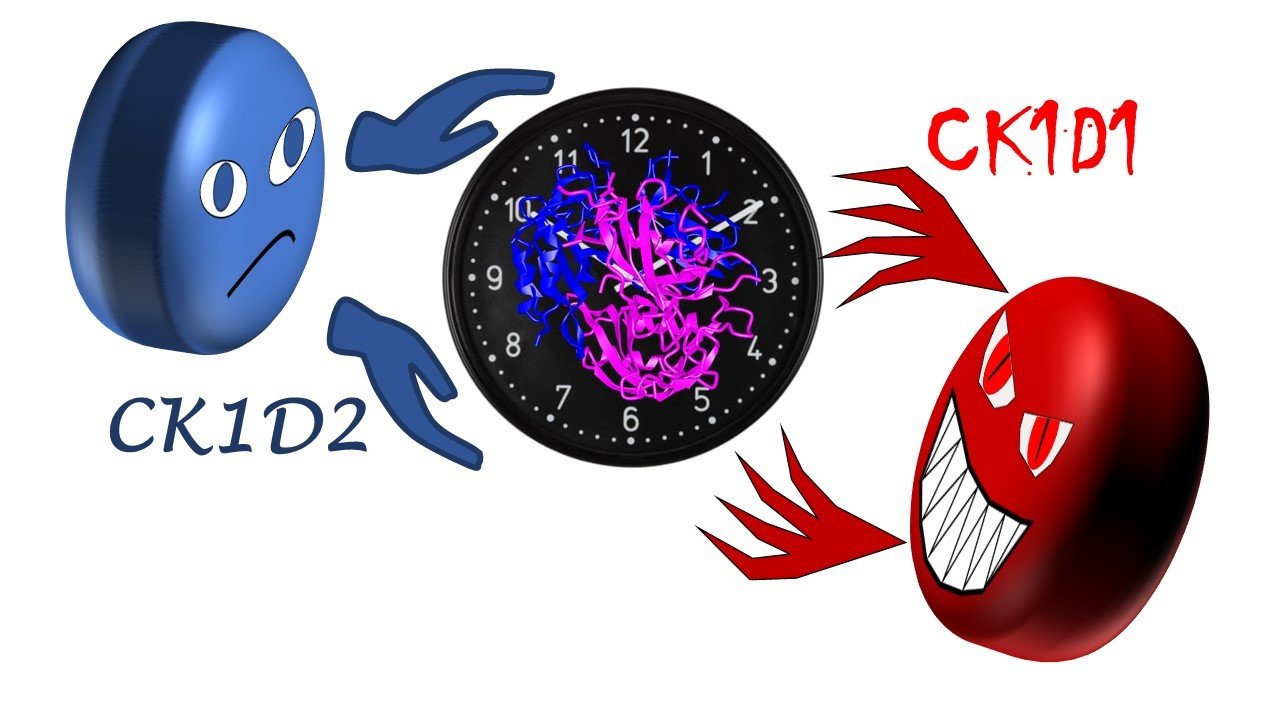 A study examining the circadian cycle, a long-studied factor controlling human sleep cycles, actually has two forms, one that keeps a key protein stable, and another that promotes its degradation. From heart and lung function to our rumbling stomachs at lunchtime and a feeling of tiredness in the evening, our bodies keep steady rhythms day in and day out.

This circadian clock is a series of tightly controlled cycles of specific amounts of proteins that cause sleep and wakefulness. It has recently attracted public attention with the 2017 Nobel Prize for Physiology or Medicine, but numerous aspects of the clock's functions remain a mystery.

One of the first circadian rhythm sleep disorders to be discovered was familial advanced sleep phase syndrome or FASPS. Patients with this condition fall asleep early in the evening, around 7 p.m., and wake up in the early mornings, around 3 a.m., and are thus unable to adjust to standard cycles without undergoing treatment.

FASPS is characterized by a mutation in the gene that codes for a protein essential for the circadian clock, called Period 2, or PER2. The stability of the PER2 protein is a key factor in determining how fast your circadian clock ticks.

In FASPS patients, PER2 is unstable, resulting in a sped-up clock. This is due to a mutation that changes one amino acid in the protein from a serine to a glycine. The stability of PER2 is regulated by the phosphorylation of several critical amino acids, a common way proteins are regulated in the body. This process is conducted by other proteins called kinases.

They knew of a kinase that could destabilize PER2 Casein kinase 1 delt or CK1D but they couldn't find one that could stabilize it by phosphorylating the serine that is mutated in FASPS patients. Researchers explain that the stabilizing kinase was within the Ck1d gene itself all along.

Their findings show that in addition to destabilizing PER2, Ck1d has another form, one that does the exact opposite. While structurally very similar, these two kinase forms are named CK1D1 and CK1D2. The opposite activity of CK1D2 was completely unexpected. While in many cases the same gene can code for different proteins, such a stark difference in function is rare.

Circadian clock mechanisms can be found in bacteria, insects, plants, and vertebrates. Understanding these fundamental mechanisms allows us to understand our relationship with the rhythmic environment. Our discoveries indicate that the circadian clock can be adjusted between these kinases, and provides new targets for the treatment of circadian disorders.