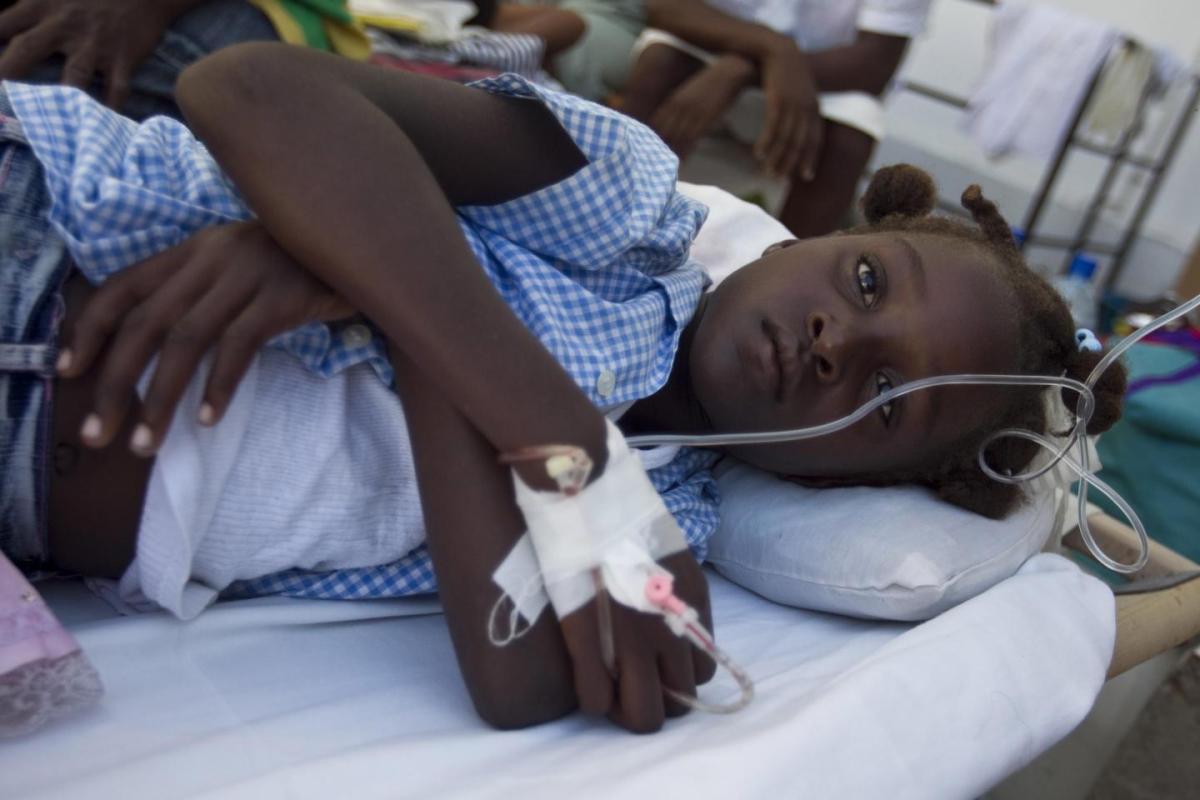 Sixty-year-old Emma Zhakata winces, struggling to hold back tears as she relates how her husband, one of 32 cholera victims in Zimbabwe, died within hours of falling ill. She never suspected her 69-year-old husband, Wonder Zhakata, would die suddenly after complaining that he felt weak and was suffering stomach pain.

In just two weeks, the cholera outbreak gripping Zimbabwe has claimed at least 32 lives and more than 7,000 cases have been reported. The government has declared a public health emergency in the capital Harare, the worst affected area.

After her husband's death, Emma Zhakata's family had to pay officials $515 (440 euros) for him to be buried safely without the risk of infecting others. "They did everything. We were not even allowed to do body viewing. It felt like dumping rather than giving him a decent burial," she said.

In Harare, public gatherings have been banned, street vendors ordered off the streets and people discouraged from shaking hands. The gatherings even forced the main opposition Movement for Democratic Change to postpone a rally at which its leader Nelson Chamisa planned to proclaim himself victor of the July 30 presidential election.

Cholera outbreaks have occurred frequently in Zimbabwe's cities where supplies of safe drinking water and sanitation facilities are scarce. But President Emmerson Mnangagwa, who succeeded long-time despot Robert Mugabe following a brief army takeover in November, has pledged to tackle the current outbreak.

The government has said at least $64 million is needed to bring the outbreak under control. Newly-appointed Finance Minister Mthuli Ncube even launched a crowd-funding effort to raise cash, publicising bank details on Twitter and appealing for donations.

Harare's mayor Herbert Gomba said the city was also taking steps to contain the outbreak. "We are doing pipe replacement. We have de-commissioned boreholes which were no longer safe," Gomba told journalists.

Residents in affected areas have criticised the official response to the spread of the infection that is passed on by bacteria and affects the small intestine. "We are living in fear. The authorities are not doing enough," said Evans Ndoro, 48, as he walked out of a local clinic where he had taken his son to receive treatment for a suspected case of cholera.

"We have a cholera outbreak here and yet they are not offering anything like disinfectants to protect the people. They are going around urging people to use sanitisers and detergents—but how many of us can afford those?" And though Health Minister Obadiah Moyo vowed that rubbish dumps would be removed from high-risk areas of Harare, residents are unimpressed.

"There is lots of garbage that has gone for months without being collected in most of the affected areas," added Ndoro. "The very soil that we are walking on is contaminated but the authorities don't seem to care."