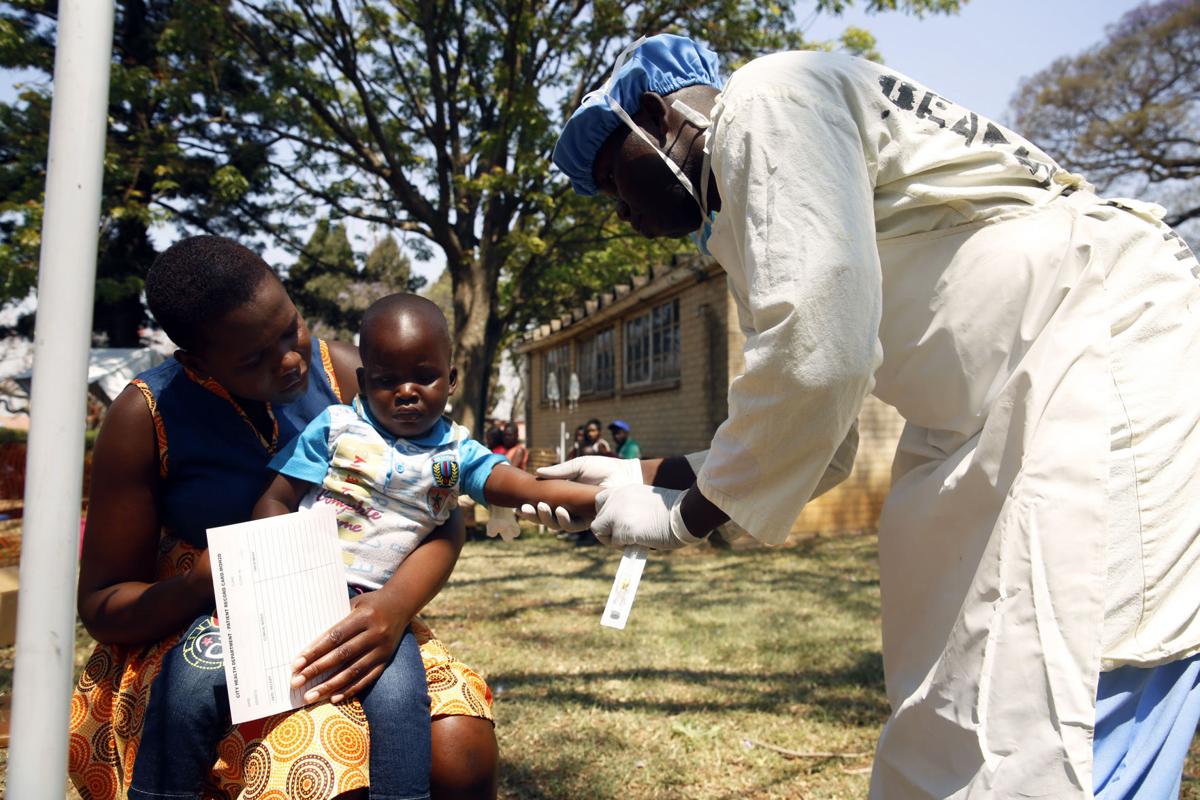 The Zimbabwe government has declared an emergency in the capital city of Harare after 20 people died of cholera. According to the health minister Obediah Moyo, the state is grim with around 2,000 cases of cholera being reported across the country and the disease spreading fast.

Moyo said in a statement, “We are declaring an emergency for Harare. This will enable us to contain cholera, typhoid and whatever is going on, to get rid of the problem as quickly as possible.” He was visiting the regions of the city that have been worst affected with the disease.

The government has closed the schools temporarily and also banned the sale of meat and fish in the affected regions to combat the outbreak. The government and the police are enforcing laws to stop urinating and defecating in public and is sending out text messages, verbal communication via audio and audiovisual media to the general public to prevent the spread of cholera and typhoid.

Calvin Fambirai, head of Zimbabwe Doctors for Human Rights has urged the government to step up the condition of the waste disposal systems especially in the regions that are thickly populated to prevent the water bourne disease now and in the future. Fambirai said in a statement, “The conditions that necessitate the spread of cholera and typhoid in Zimbabwe have not changed since the 2008 outbreak.

They have worsened because there is no political will to tackle it.” WHO spokesperson Christian Lindmeier said in a statement to Reuters, “Partners are already there and are establishing a cholera treatment centre. WHO is preparing material for patients care as well and is mobilizing cholera experts.”

In 2008 over 4,000 people died of cholera in Zimbabwe says the World Health Organization. The disease is more common in developing nations and those that are densely populated and economically backward. Poor water treatment systems and poor sanitation and hygiene practices are conducive to spread of cholera among these populations.

Dr Matshidiso Moeti, the WHO’s regional director for Africa called cholera a disease of “inequity”. He said, “It’s an ancient disease, which has been eliminated in many parts of the world. Every death from cholera is preventable. We have the know-how and today countries have shown that they have the will to do whatever it takes to end cholera outbreaks by 2030.”