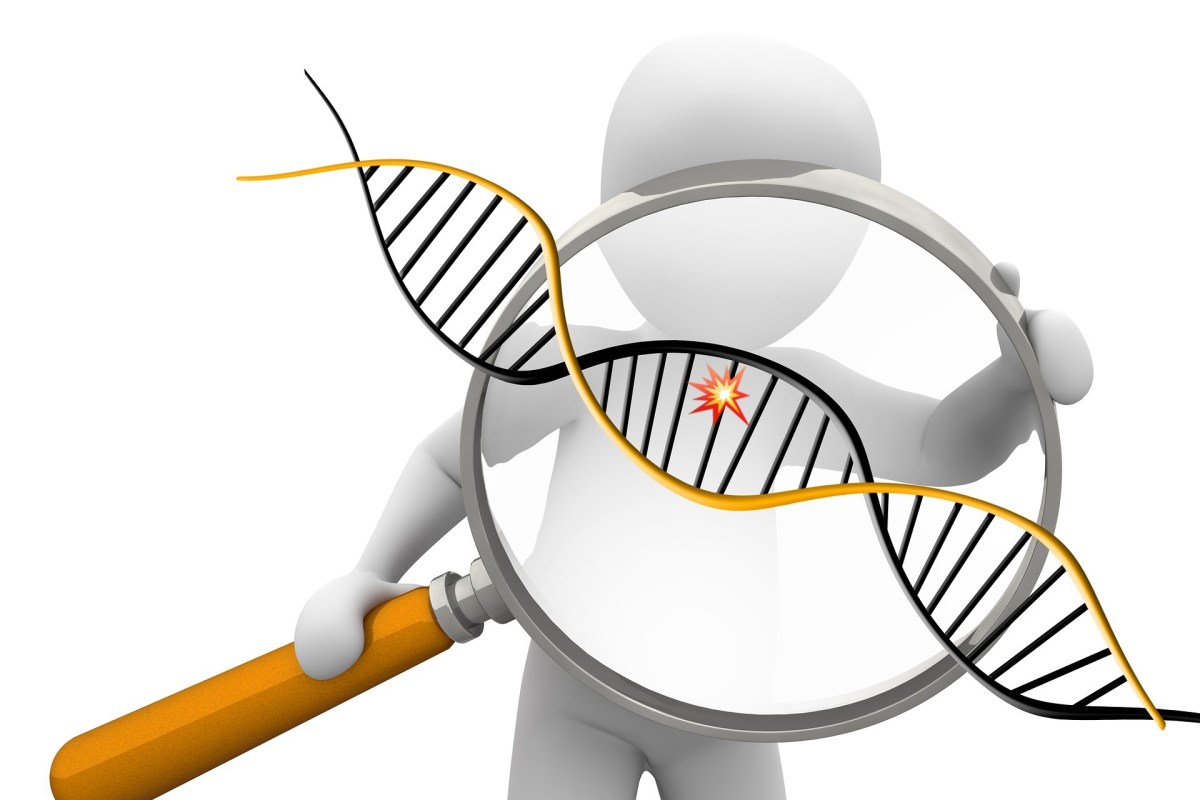 Differences in the DNA within the mitochondria, the energy-producing structures within cells, can determine the severity and progression of heart disease caused by a nuclear DNA mutation

A new study found that when a nuclear DNA (nDNA) mutation was combined with different mild variants of mitochondrial (mtDNA) in mice, the severity of heart disease was markedly different. One mtDNA variant dramatically worsened heart disease, while another mtDNA variant conferred protection from heart damage.

Greater understanding of these genetic interactions may eventually permit improved diagnostics and therapies for patients with cardiomyopathy, a leading worldwide cause of heart failure.

"When people think of genetic changes, they most commonly consider mutations and variations in nuclear DNA—the familiar genes within cell nuclei," said study leader Douglas C. Wallace, Ph.D., director of the Center for Mitochondrial and Epigenomic Medicine at Children's Hospital of Philadelphia.

"But the DNA within mitochondria may have a profound effect on disease symptoms, depending on how it interacts with nuclear DNA. This research delineates some of those processes in the development of cardiomyopathy."

Wallace and colleagues, including first author Meagan J. McManus, Ph.D., also from CHOP, describe their work in an online paper Aug. 30, 2018, in the journal Cell Metabolism.

Like many other metabolic and degenerative diseases, cardiomyopathy, a group of diseases characterized by progressive weakening of the heart muscle, can progress slowly or become sharply severe, even across patients who share the same disease-causing mutation.

One example is cardiomyopathy induced by a mutation in the nuclear gene ANT1. "Such broad phenotypic variability isn't explained by the governing principles of classic Mendelian genetics," said McManus. "Since mtDNA plays by its own rules, it could be the missing piece in this genetic puzzle."

McManus added that clues to this variability came from a 2013 study in which Wallace and colleagues showed that mtDNA variation correlated with cardiomyopathy progression in Mennonite families in Pennsylvania with heart disease caused by a recessive nDNA mutation.

The scientists found a link between disease course and mtDNA haplogroups, ancient lineages that reflect ancestral human migrations, a long-standing research focus of Wallace's throughout his pioneering career in mitochondrial genetics.

However, this clinical correlation didn't provide conclusive proof that mtDNA determined nDNA expressivity—the degree to which a mutation exerts health-related effects. For this purpose, the research team developed mouse models with specific changes in the mtDNA and crossbred them to Ant1— mice, the genetic equivalent of the human ANT1 mutation implicated in cardiomyopathy.

The team then investigated the basis of this relationship at the molecular level. Interestingly, the mtDNA variants shifted mitochondrial shape and size in opposing directions. When combined with nDNA Ant1—, these changes in morphology conferred by the mtDNA were consistent with their respective functional consequences.

Given that mtDNA variation determined the severity of the cardiomyopathy phenotype, the next question was whether mtDNA variation could also explain the age-related onset of the symptoms.

"In normal aging, our cells lose the ability to clear out and replace defective mitochondria, which may lead to increased mtDNA damage and the accumulation of mutations," said McManus. "To determine if this was the case, we measured somatic mtDNA mutation levels across the lifespan of all the mtDNA-nDNA combination strains.

The correlation was practically perfect: the somatic mutation rate predicted the severity of cardiomyopathy and mortality." Thus, the accumulation of somatic mtDNA mutations can account for the delayed-onset and progressive course of an age-dependent disease.

Although follow-up studies are necessary to determine how closely the findings in animals predict similar processes in humans, the current study provides a new animal model to further investigate possible future clinical treatments.

To take one example, there were some indications that abnormal physiology in the ND6P25L–Ant1— mice may include defects in mitochondrial fusion (a way that mitochondria adapt to stress), and in autophagy, the cell's normal cleanup process. If so, future cardiomyopathy patients with a corresponding genetic risk might benefit from future treatments that boost these functions.

"This study proves that mtDNA variation can explain the seemingly aberrant behaviors of classical Mendelian disease genes. Hence, characterizing mtDNA variation should be an important adjunct to studies of nuclear DNA diseases," concluded Wallace. "This finding may offer opportunities to develop new strategies to treat heart disease, and possibly other conditions affected by interactions between nuclear and mitochondrial genes."