Changes In Anatomy Made Walking Easier Without Reducing Muscles 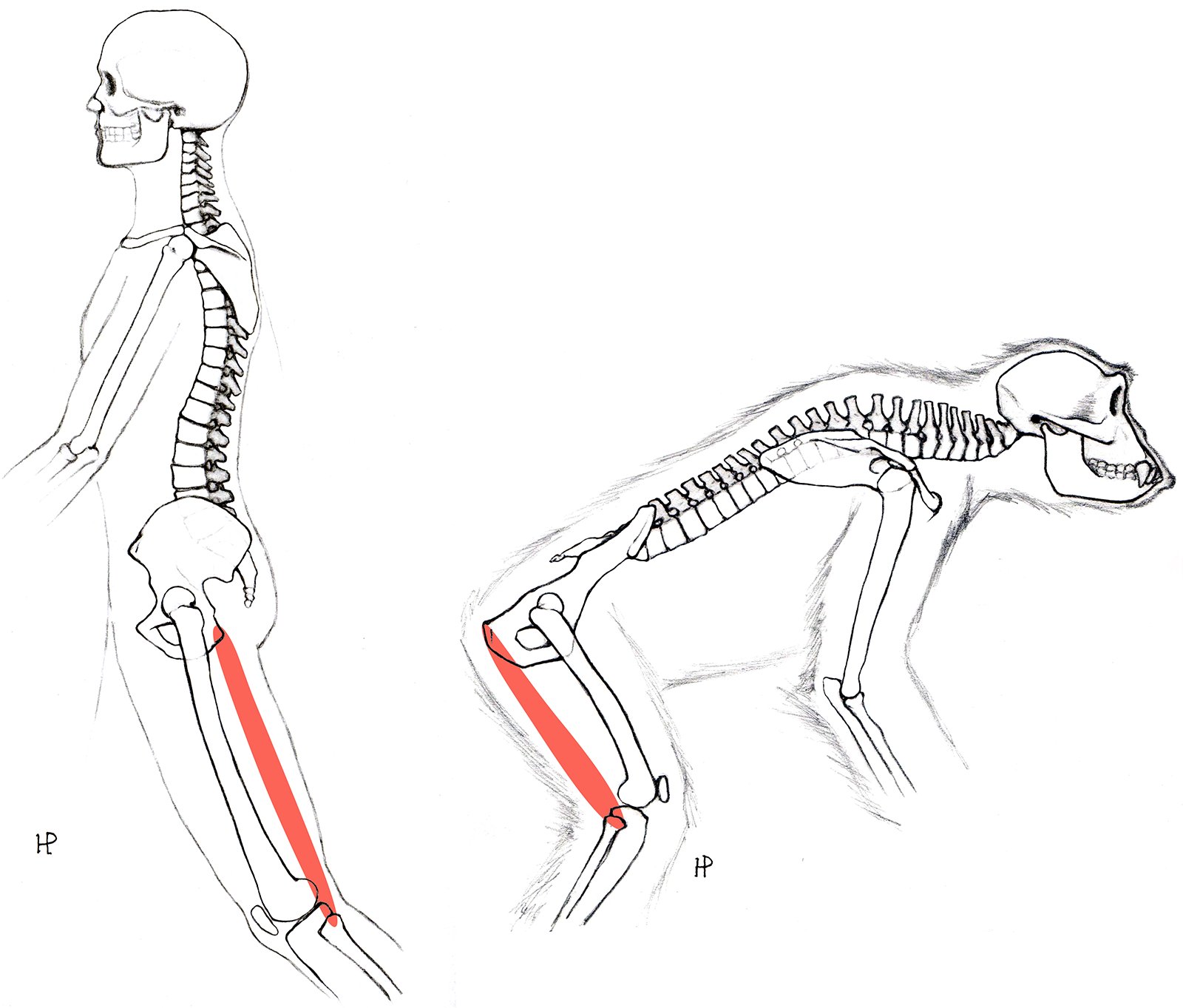 Researchers have found evidence that suggests evolutionary changes in anatomy would have made walking more economical without reducing the utility of muscles for climbing in early hominins. The study was published in Proceedings of the National Academy of Sciences, the group describes studying bones and fossils from human ancestors and how they fit together to determine their walking and climbing abilities.

The study shows changes in anatomy would have made walking easier without reducing muscles for climbing in early hominins. In early human ancestors first began walking upright remains a topic of debate among scientists, and research continues to find the answer.

In this new effort, the researchers took another look at conventional ideas suggesting that the first hominins to walk upright likely did so extremely awkwardly, as they retained physical features that would allow them to escape enemies by climbing trees.

Researchers suggested that if that were the case, those early hominins would not have survived. To prove their theory, they began by taking a closer look at human gait and comparing the data with how apes and monkeys walk. They noted that the angle at which the leg and hip bones meet are different between the species, which means that walking upright for apes and monkeys places a lot of stress on thigh muscles, hamstrings, and the knees.

A shorter ischium in humans allows for a full extension without undue pressure on other leg parts. The net result, the researchers noted, is an ability to walk not only upright but more efficiently.

The researchers then looked at the anatomy of ancient hominins going all the way back to Lucy. All of the members of Australopithecus, they noted, had a full range of motion, allowing them to walk upright even as they conserved traits that allowed them to climb much better than today's humans.

The researchers also found that an older hominin known as Ardi, who lived approximately 4.4 million years ago, had pelvic anatomy that allowed for walking upright almost as easily as modern humans, yet still had a long ischium.

This, the team claims, shows that early hominins were able to walk upright and climb trees in a relatively easy fashion not clumsily, as others have suggested. Integrated anatomical and experimental analyses here indicate that Ardipithecus, the earliest hominin with a preserved pelvis, avoided the arboreal–terrestrial trade-off in ischial mechanics evident among living hominoids, and was instead capable of both powerful hip extension during climbing and economical hip hyperextension during walking.