Causes Of Pityriasis Versicolor, White Patches On The Skin 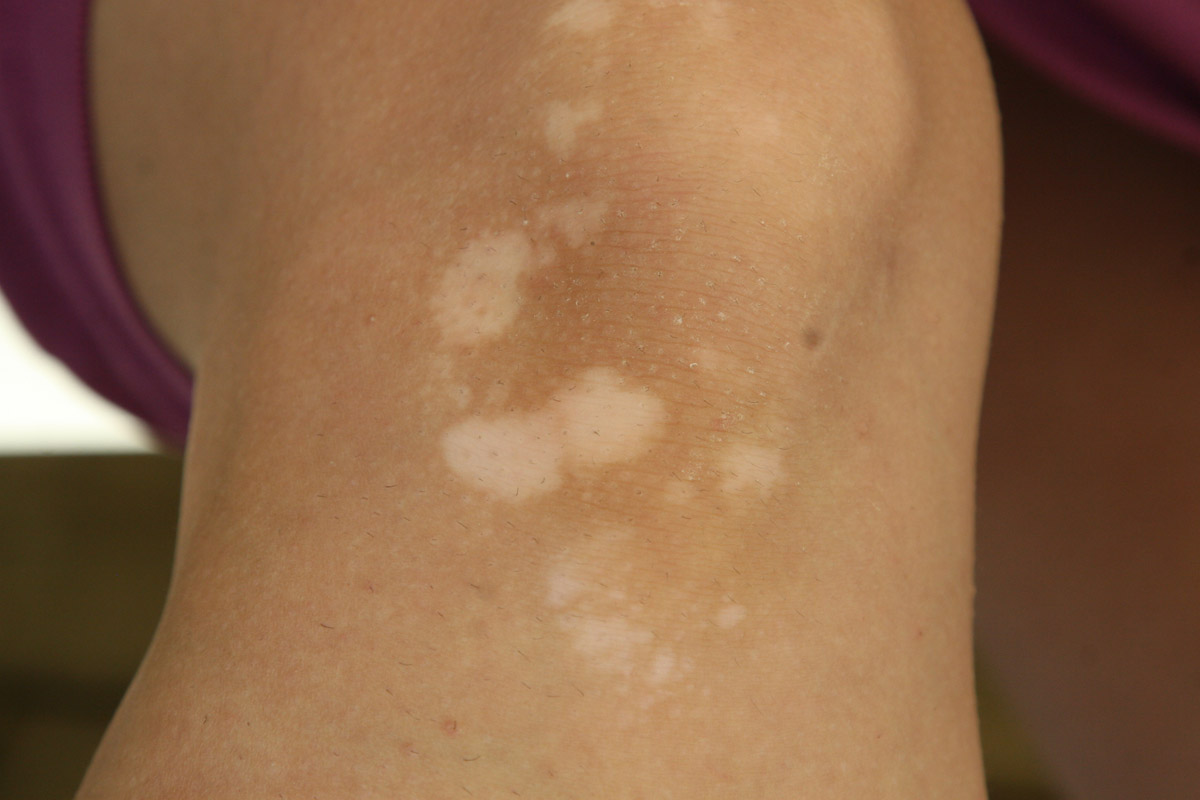 Whether you catch a tan, have more dark spots or suffer from peeling, a summer in the sun can change the appearance of your complexion. If you notice visible white patches on your skin, you could be suffering from pityriasis versicolor, a yeast infection that causes a rash most commonly on your back, chest, and shoulders. Here's everything you need to know about it – from what causes it, how to detect it, and what to do if you think you've got it, according to a dermatologist.

Aesthetically, the infection looks like a loss of pigment and forms white patches on the skin, which can be itchy in some cases. Pityriasis versicolor is a very common yeast infection of the skin. The recent humid weather and sweating can make the infections more commonly seen.

It usually goes undetected on the skin in winter months and is noticed more frequently in the summer months. The rash consists of scaly patches on the skin of the back, chest, neck, and arms. It is usually not itchy, but some patients do report a mild itch and dermatitis.

The rash can have some different colors, and ranges from pale pink or tan in some patients, or can create white patches on the skin which is felt to be due to a chemical produced by the yeast that diffuses into the skin and inhibits normal skin pigmentation. The pityriasis is often more noticeable when your skin is tanned, as the white patches contrast more from the color of the rest of your skin.

They do not know why some people are more prone to this than others. It’s not conventionally contagious as you need to be prone to the yeast build up. Your dermatologist will take a scraping from your skin for fungal culture to identify the yeast.

Some people who are on tablets to lower their immune system such as steroids will be more prone to infection and differs from other pigmentation conditions such as vitiligo as there is often a fine powdery scale on the surface of the skin.

The good news is, the condition is more of a nuisance than worrying. Once the yeast has been identified, patients will need treatment. This will depend on how widespread or symptomatic the rash is. For a small affected area an anti-yeast cream (Lamisil) or for more widespread or stubborn areas a prescribed short course of anti-yeast tablets, along with an anti-yeast shampoo Nizoral or Selsun to use as a body wash.

Treatment will clear the infection and resolve the rash. Once patients have had one episode, it is possible to get further infections. We don’t completely understand why some peoples skin is more prone to infection. Some patients reduce the frequency of recurrent infections by using an anti-yeast shampoo such as Nizoral or Selsun once a week as a body wash.

There is a theory that Malassezia is more common in people who frequently moisturize their skin. So generally I tell patients to avoid over-moisturizing the areas of skin prone to the rash.