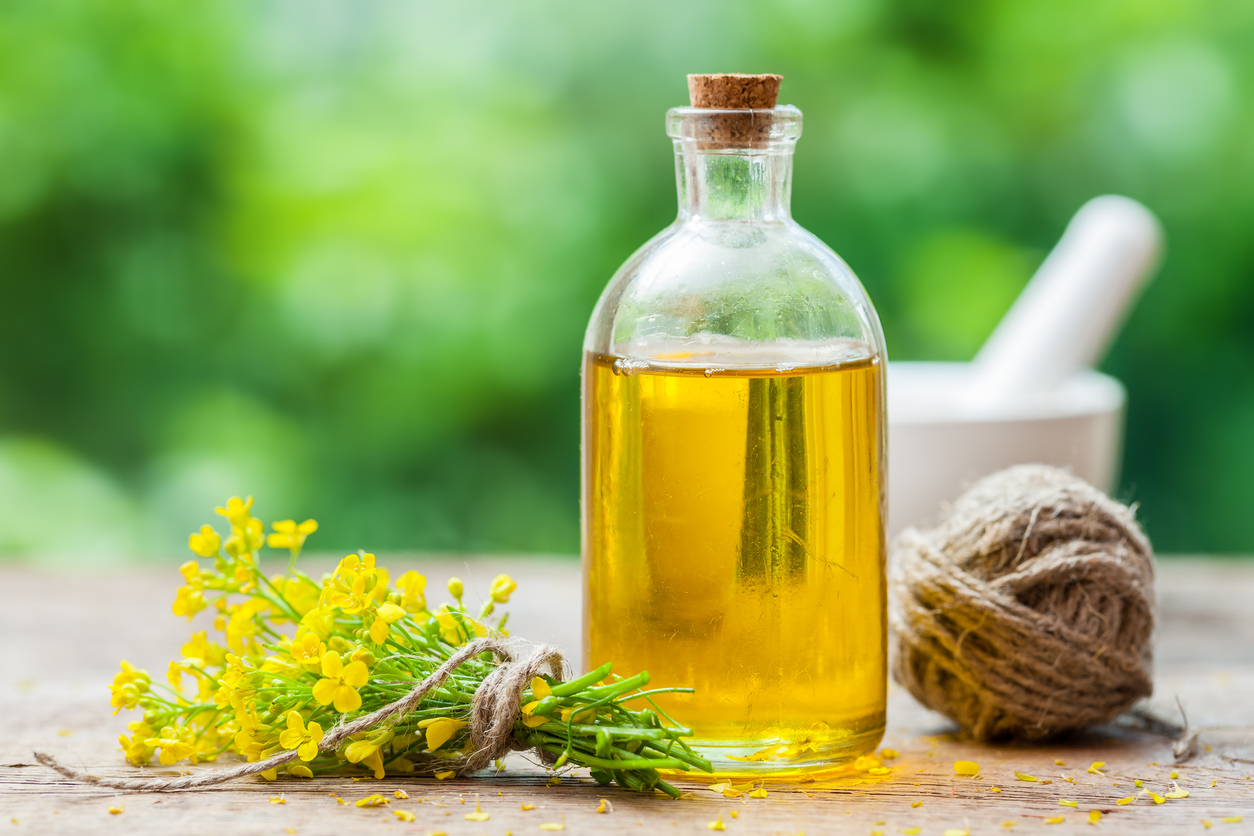 A study links canola oil in the diet with worsened memory, worsened learning ability and weight gain in mice which model Alzheimer's disease . It's the first study to suggest that canola oil is more harmful than healthful for the brain.

Dr. Praticò and Elisabetta Lauretti- coauthor of the study, investigated the work on memory impairment and the formation of amyloid plaques and neurofibrillary tangles in an Alzheimer's disease mouse model. The animal model enumerated the Alzheimer's in humans, progressing from an asymptomatic phase in early life to full-blown disease in aged animals.

In that study, they found that Alzheimer's mice fed a diet enriched with extra-virgin olive oil had reduced levels of amyloid plaques and phosphorylated tau and experienced memory improvement. For their latest work, they wanted to determine if canola oil is similarly beneficial for the brain.

The researchers started by dividing the mice into two groups at six months of age, before the animals developed signs of Alzheimer's disease. One group was fed a normal diet, while the other was fed a diet supplemented with the equivalent of about two tablespoons of canola oil daily.

The researchers then assessed the animals at 12 months. One of the first observed differences in body weight – animals on the canola oil-enriched diet weighed significantly more than mice on the regular diet. Maze tests to assess working memory, short-term memory , and learning ability uncovered additional differences. Most significantly, mice that had consumed canola oil over a period of six months suffered impairments in working memory .

Because of decreased amyloid beta 1-40, animals on the canola oil diets continued increased formation of amyloid plaques in the brain, with neurons engulfed in amyloid beta 1-42. The damage was accompanied by a significant decrease in the number of contacts between neurons , indicative of extensive synapse injury. Synapses , the areas where neurons meet one another, play a significant role in memory formation and retrieval.

"We also want to know whether the negative effects of canola oil are specific for Alzheimer's disease," Dr. Praticò added. "There is a chance that the canola oil could also affect the onset and course of other neurodegenerative diseases or other forms of dementia ."