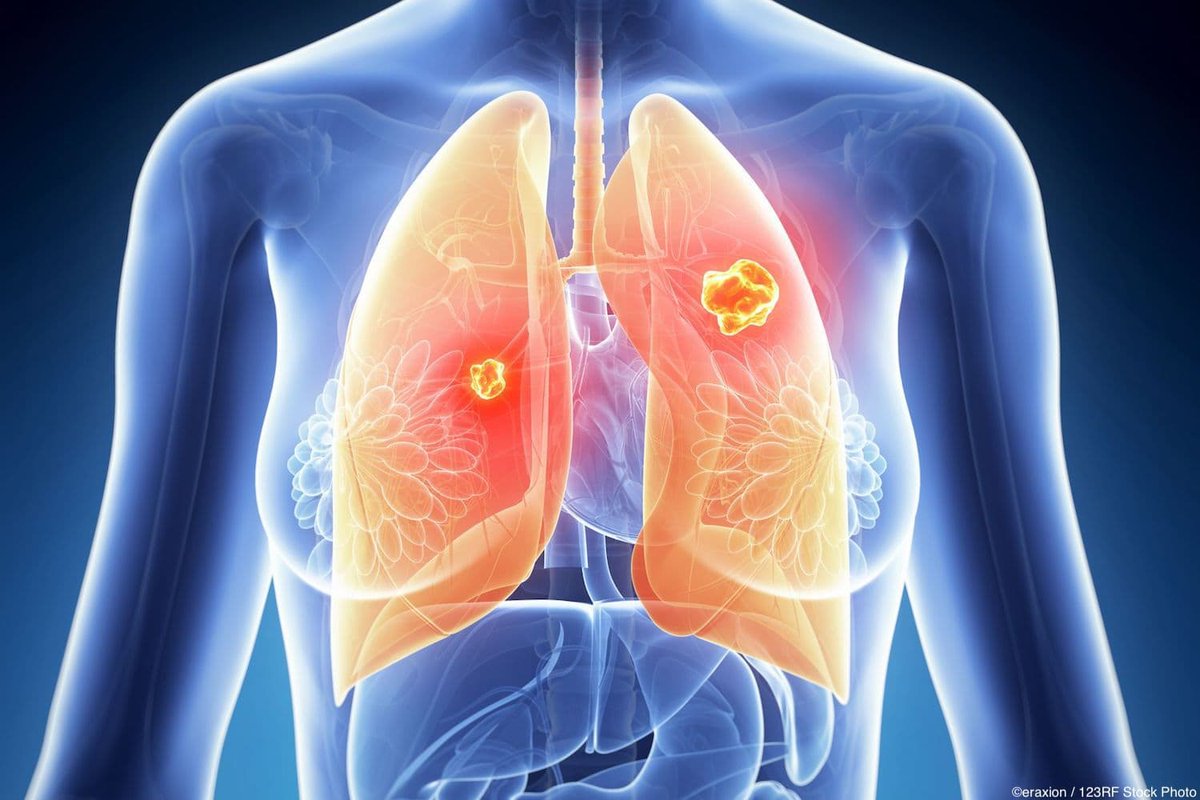 Results of a 275-patient, multi-national phase III clinical trial known as ALTA-1L published today in the New England Journal of Medicine and presented concurrently in the press program at the International Association for the Study of Lung Cancer (IASLC) World Conference on Lung Cancer 2018 argue for brigatinib as a first-line treatment option for advanced ALK-positive non-small cell lung cancer

ALTA-1L compared the benefits of crizotinib, the first licensed ALK inhibitor, with brigatinib, a next-generation ALK inhibitor, which already has proven activity when given to a patient after they have progressed on crizotinib. The primary endpoint of the study was progression-free survival (PFS), the time that a patient can live with cancer without it getting worse, assessed by an independent review committee. Patients had to have never received ALK inhibitor therapy before.

The first preplanned interim analysis of trial data was triggered by the 99th progression event, which occurred after a median follow-up in the two arms of only 9-11 months and demonstrated that the study had already achieved its primary endpoint.

"In 2017, alectinib, another next-generation ALK-inhibitor, showed that it was superior to crizotinib in the first-line setting through the ALEX trial and now, in 2018, brigatinib is set to join alectinib as a 1st line option for ALK-positive lung cancer," said D. Ross Camidge, MD, Ph.D., Joyce Zeff Chair in Lung Cancer Research at the University of Colorado Cancer Center and the lead author of ALTA-1L.

"On one level ALTA-1L was a trial very reflective of real-world situations," said Sanjay Popat, FRCP, Consultant Medical Oncologist at the Royal Marsden Hospital in London, UK and the senior author of the study. "Patients could enter the study having been shown to be ALK+ by any diagnostic test and they could also have been exposed to prior chemotherapy."

The rate at which patients required dose reduction due to side effects was 29% for brigatinib and 21 percent for crizotinib. Adverse events occurring more often with brigatinib were dominated by laboratory changes in blood levels of muscle enzymes (CPK), and of pancreatic enzymes amylase and lipase, which were the most common reasons for protocol-mandated dose reductions.

However, muscle symptoms did not differ between the drugs and were not correlated with CPK levels, and no cases of clinical pancreatitis were reported. Adverse events occurring more often with crizotinib were dominated by gastrointestinal side effects, peripheral edema, bradycardia, and visual side effects.

Early onset pneumonitis, occurring within 14 days of starting drug, seems to be a unique feature of brigatinib among ALK inhibitors, but this adverse event only occurred in 3 percent of patients in ALTA-1L.

"Even with only 9-11 months of follow-up, the safety and efficacy of brigatinib clearly support its use in the first-line setting," said Camidge. "What's going to be really interesting though is to see what happens in this trial over time."

"Early events such as progression of pre-existing brain metastases in the crizotinib treated arm seem to be driving a lot of the initial PFS differences, but later on we need to be looking for differences in long-term control through brigatinib's impact on disease outside of the brain."

"Given that the median PFS of crizotinib is usually 2-3 months longer for those without baseline brain metastases than in those with brain metastases at baseline, the differences in overall PFS driven by the extra-cranial efficacy of these two drugs might only just be manifesting."

Similar maturation of data was seen in the ALEX trial comparing crizotinib with alectinib—with 10 additional months of follow-up between presentations at ASCO 2017 and ASCO 2018, the reduction in the risk of progression by investigator assessment with alectinib compared with crizotinib increased from 53% to 57%.

"Brigatinib has previously, reproducibly, demonstrated the longest PFS of any next-generation ALK inhibitor given immediately after crizotinib, including alectinib, ceritinib and lorlatinib. We can hypothesize as to why, but the real question is whether this post-crizotinib clinical ranking will translate into comparable 1st line ranking, and it will take some time to see what emerges in the mature datasets," said Popat. "This is definitely a marathon, not a sprint."