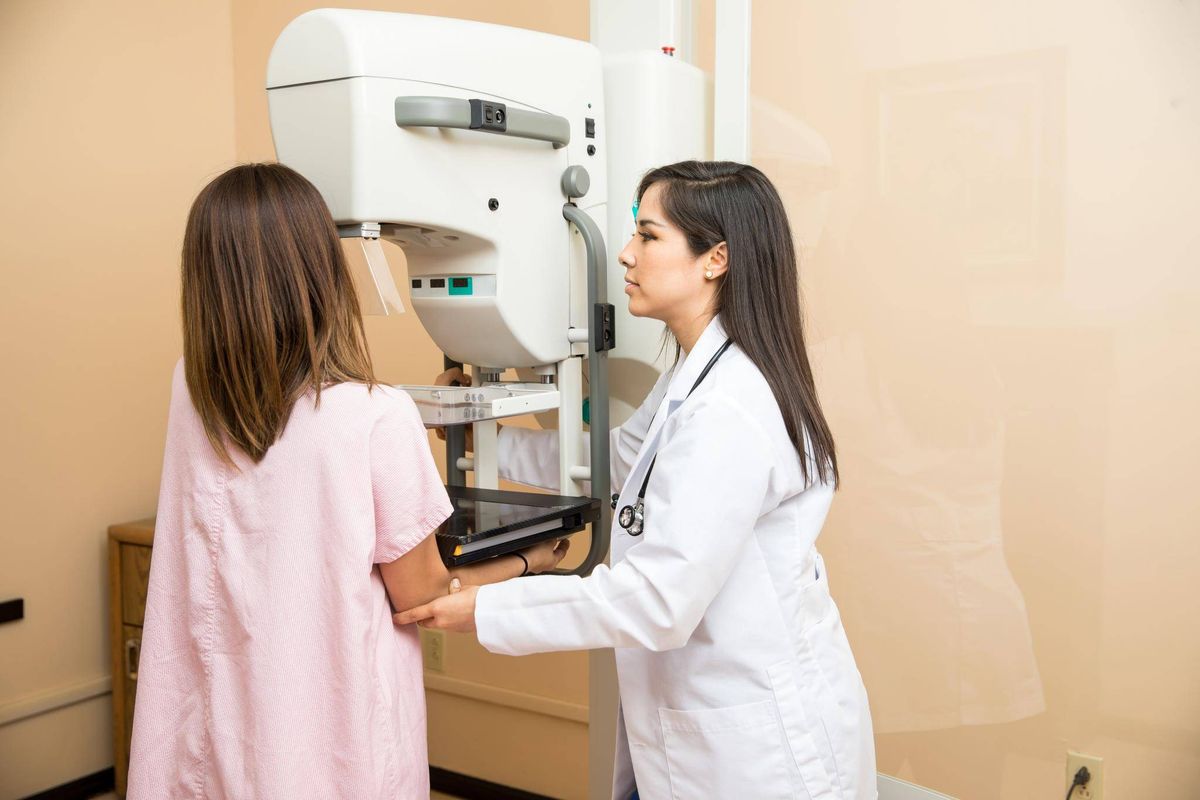 Limiting breast cancer screening to women at higher levels of risk for the disease — and not offering it to women at lower levels — could improve cost-effectiveness, reduce overdiagnosis, and maintain the benefits of screening, conclude researchers from the United Kingdom. The results are published online in JAMA Oncology.

"The age-based or 'one-size-fits-all' breast screening approach does not take into account the individual variation in risk," write the authors of the new study, led by Nora Pashayan.  With this age-based approach, currently used around the world, screening reduces breast cancer deaths, but at the cost of considerable overdiagnosis, they observe.

So, the team undertook a modeling study that evaluated women with a tool of precision medicine — a polygenic risk profile — to see whether they could improve the screening risk/benefit ratio.

The researchers simulated three hypothetical cohorts of 50-year-old women who were free of breast cancer at enrollment and then followed up for 35 years. Each cohort had 360,000-plus women.

The researchers report that, in general, as the risk threshold for screening was lowered, the incremental cost of the program increased linearly compared with no screening. In other words, the more women who are screened, the higher the cost of the screening.

Furthermore, no additional QALYs were gained below the 35th percentile risk threshold. Thus, after screening the top 65th percentile, there was no gain in QALYs to be had among the remaining, lower risk women.

In other words, there is still a bit of a price to be paid — fewer breast cancer deaths prevented — for the cost savings and the reduction of the harm of overdiagnosis at various threshold cutoff points.

Writing in the accompanying editorial, Megan Roberts comments that the study provides evidence for "a promising approach to precision screening in breast cancer."

The barriers include costs; problems with collecting genomic information (especially with suboptimal electronic health records); low clinician and patient knowledge; and ethical, legal, and social implications associated with genetic testing, such as consent, confidentiality, and privacy and reporting incidental findings.

"A risk-based approach is much more complex," she commented. Among other things, the risk threshold for a population must be established. And the public and health professionals must be educated, she said.

A risk-based approach is much more complex.

Major studies are underway globally to evaluate a risk-based approach that exceeds only one variable — age. "Before we move from 'one-size-fits-all' to risk-based screening, we need evidence that the risk-based approach will do more good than harm, would be value for money…and that it would be acceptable to the users and the providers, accessible to all, and feasible to run," Dr. Nora Pashayan said.

If the model proposed by the British research team were adopted in the United States, screening would have to be "de-implemented" among low-risk women, she contends. More research is needed about how this would all be managed by healthcare systems, clinicians, and women, she notes.

Roberts concludes with a call for more research and careful deliberation: "As prevention becomes increasingly more precise, we must address these issues such that the promise of precision screening can be achieved."