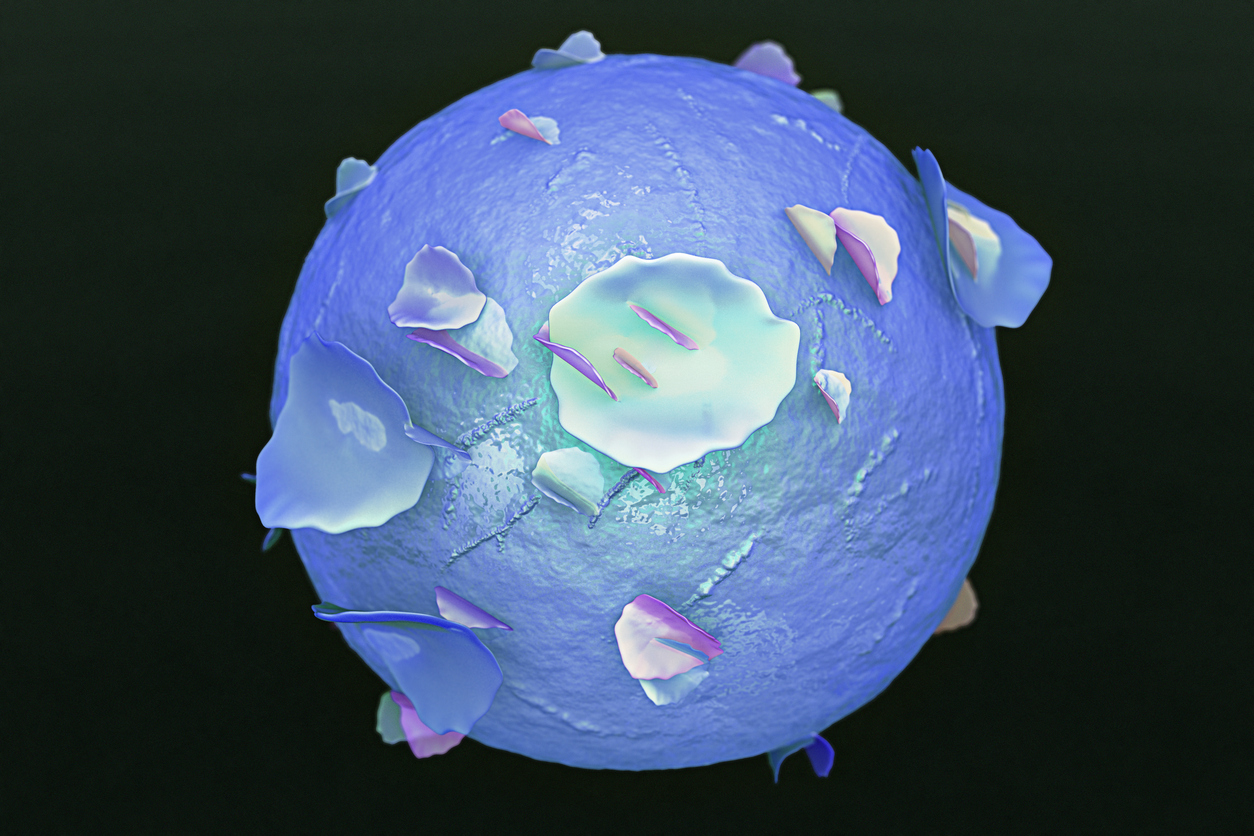 The stem cells you receive have the donor's DNA—and so will the white blood cells it produces. You have become what science calls a genetic chimera. You, on the other hand, now have your own DNA in the vast majority of your cells, but your donor's DNA in your blood.

But, scientists have discovered, it might not stop there. Research has found indications of donor DNA in nail cells and urine. Still, other studies have suggested donor DNA migrating into the epithelial cells that line the mouth and other cavities and organs.

As a side note, you might find it fascinating that this dual-DNA "chimerism" can be present at birth in rare cases even without a transplant. Congenital chimerism is thought to happen when fraternal twin embryos for some reason join early in pregnancy to form one fetus.

"In a way, it is the inverse of identical twinning when one egg splits into two," says Brianne Kirkpatrick, a certified genetic counselor who runs WatershedDNA.com. "Congenital chimerism has only been documented in a few cases."

But whether congenital or acquired, it can cause all sorts of problems for both the chimeric person and the legal community. Take the 2002 case of Lydia Fairchild.

Similar problems have cropped up in true criminal cases, according to Abirami Chidambaram at the Alaska State Scientific Crime Detection Laboratory in Anchorage. After a serious sexual assault, semen was collected at the crime scene, and the DNA matched the semen from a known criminal in the database.

Just one problem: That criminal was in jail at the time of the assault. That's when the further investigation found that the inmate had received a bone marrow transplant from his brother years earlier. The first test had actually found his brother's DNA.

"So, his blood DNA profile was the same as his brother's DNA profile," said Dr. Azita Alizadeh, a former genetics researcher at Stanford. "But his cheek swab DNA profile was different. This case … points out the small risk that potential marrow donors take by having their DNA profile turning up in a crime database if the recipient later commits a crime. But this risk is probably better than the alternative."

"As a bone marrow recipient, your blood cells will contain the DNA from your marrow donor, while your epithelial cells contain your own DNA," 23and Me advised one potential customer. "The combination frequently results in analysis failure. In the event that the analysis was successful, it still would be unclear whether the results were based on DNA from you or from your donor."

"Studies have shown that donor DNA in blood transfusion recipients persists for a number of days, sometimes longer," she told Gizmodo.com. "But its presence is unlikely to alter genetic tests significantly."