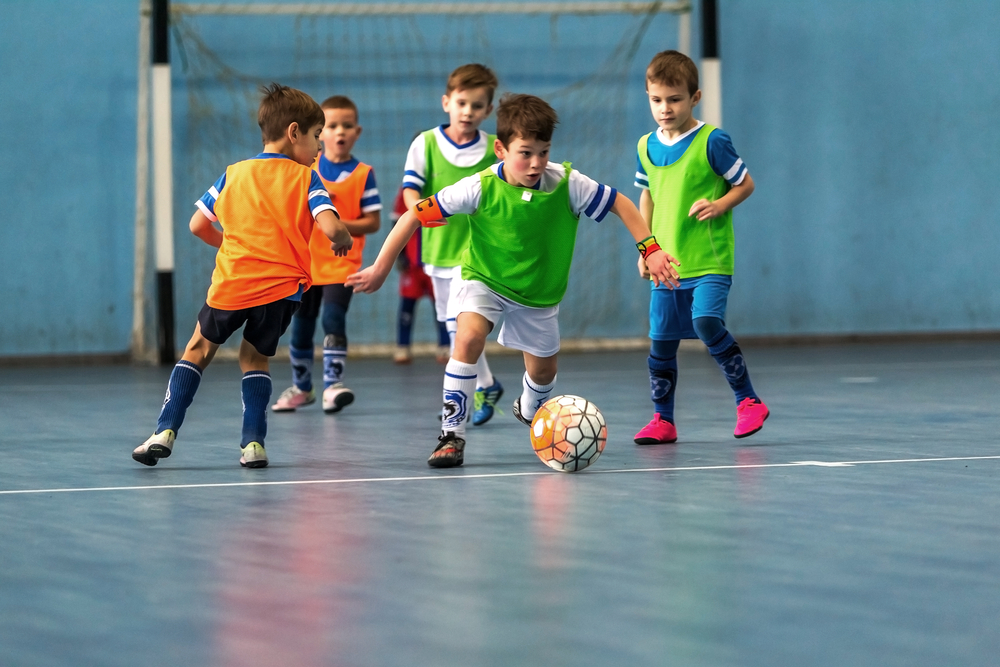 The type of exercise that children get in school does make a difference. This is shown by a major Danish study from researchers at the University of Southern Denmark and University of Copenhagen. Eight to ten-year-old schoolchildren develop stronger bones, increased muscular strength and improved balance when ball games or circuit training are on the timetable.

The study, which was published in the February 2018 issue of the recognised British Journal of Sports Medicine, examined bone and muscle health in 295 schoolchildren from Frederikssund and Copenhagen over a whole school year where the children participated in the 'FIT FIRST' training concept, looking into the effects of various types of intense interval training at school.

In the study, the researchers compared the effects on children who took the normal school PE classes with children who had intense exercise on the timetable for two hours a week in the form of ball games on small pitches or 'circuit training' consisting of gymnastics and strength exercises using their own body weight.

"In the children in third grade who played ball games three against three or participated in circuit training for 3 x 40 minutes a week, muscular strength increased by 10% and balance improved by 15%, while the children's bone density increased by a whole 45% compared to the control group. These types of sports are great ways for children to "put the bone in the bank."

Malte Nejst Larsen, Assistant Professor at the University of Southern Denmark, adds: "The study shows that bone density in the ball-game group rose by 7% in the legs and by 3% in the body as a whole, giving a real boost to bone health. Exercise in school for children aged 8-10 which improves bone density, muscular strength and balance is the first big step towards preventing osteoporosis later in life," he says.

About the FIT FIRST concept

The concept has been developed based on many years of Danish research into the importance of intensity for effects on cardiovascular and bone health, and the influence of the organization of sports activities, such as the use of small-sided football, team handball, floorball and basketball on small pitches. Like the concept 'FIFA 11 for Health in Europe', the aim of FIT FIRST is to produce well-specified, evidence-based and implementable tools to boost fitness and health through exercise at school.