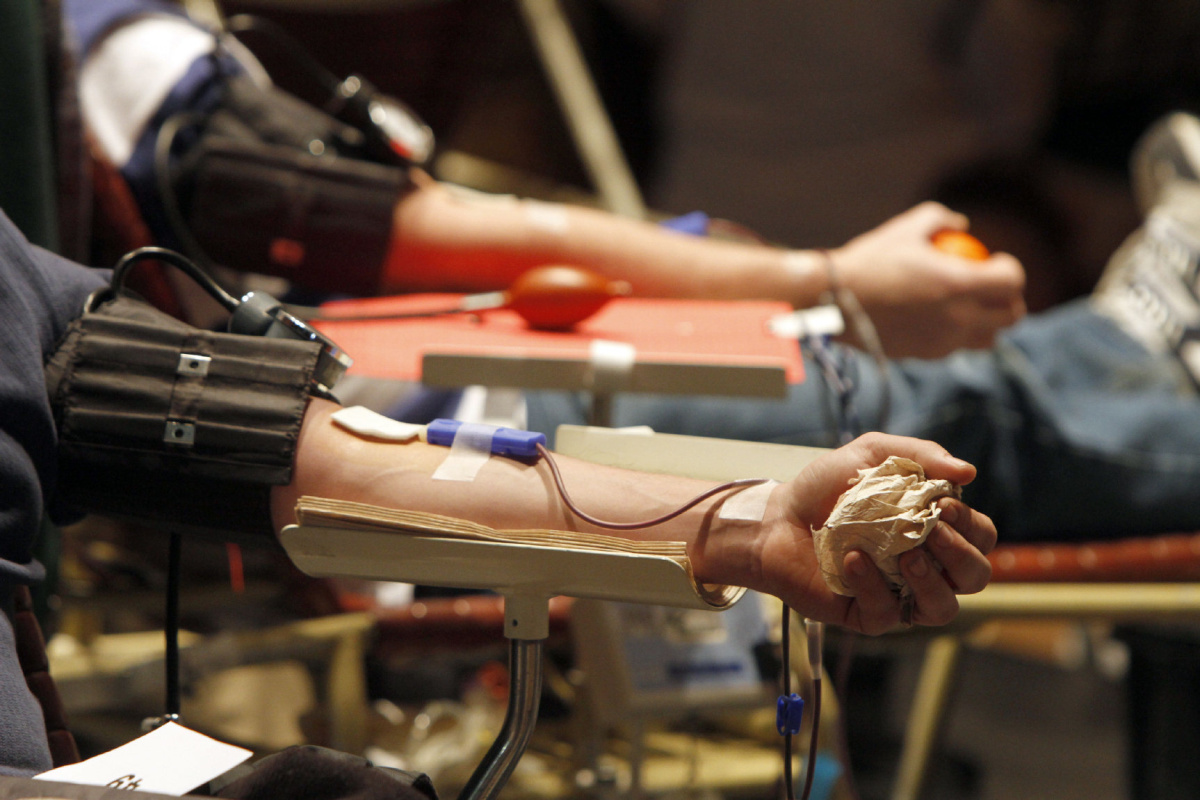 During some kinds of blood donations, you get most of your blood back. For example, platelet donation involves a procedure in which donor blood is filtered to harvest the platelets for medical use and the rest of the blood components are returned to the donor's body. The byproducts of this procedure – a fraction of immune cells – are typically discarded.

Researchers at Iowa State University, partnering with the LifeServe Blood Center, have used these leftover blood donor cells to gain crucial insights into how natural killer cells circulating in the human body differ from those typically studied in the lab. The results of this research are published in the Journal of Biological Chemistry.

Adam Barb, an associate professor of biochemistry at Iowa State, studies the receptor CD16a, which is found on the surface of natural killer cells and binds to the antibody immunoglobulin G (IgG).

Barb's team had previously found that the extent of this attraction, or affinity, depended on the types and amounts of carbohydrates attached to the antibody. In the new study, they set out to find how carbohydrate modifications of the receptor in humans affected the antibody-receptor binding affinity.

"We know that (receptors) can be expressed by the natural killer cell in thousands to millions of different forms," Barb said. "This is because the molecule is coated with complex carbohydrates, like a sugar coat, that can be highly variable."

Because NK cells are found at a low concentration in human blood, researchers who study these receptors typically insert the gene encoding the receptor into cells that can be grown in culture in the lab, an approach called recombinant expression. But it was not clear whether the conditions in cell culture would result in the same carbohydrate modifications to the receptor that occur in the human body.

"All of the work that had been done at that time…was studied with the recombinant material, not from primary sources," Barb said. "People had assumed, with respect to this receptor, that the mammalian (cells) used for the recombinant expression would provide the correct types of carbohydrates."

In order to harvest the receptors from the source, Barb's team turned to a nearby blood bank that performed platelet apheresis, because they knew that a fraction of white blood cells were discarded as part of the filtering procedure.

"When the donor is disconnected from the machine, they do not get those (lymphocytes) back, and that filter is usually just thrown away," Barb said. "So basically concentrating lymphocytes, including natural killer cells, which is exactly what we want, in these filters."

"There was much less (carbohydrate) processing that the NK cells did in comparison to any of the forms that were expressed in these recombinant systems," Barb said. "And as a result of that, the affinity for antibody appears to be higher in natural killer cells than it would be in a receptor that was expressed from recombinant systems.

The results suggest that finding ways to influence the carbohydrate modifications of these receptors could be a way to fine-tune antibody-receptor interactions in the context of antibody therapies.