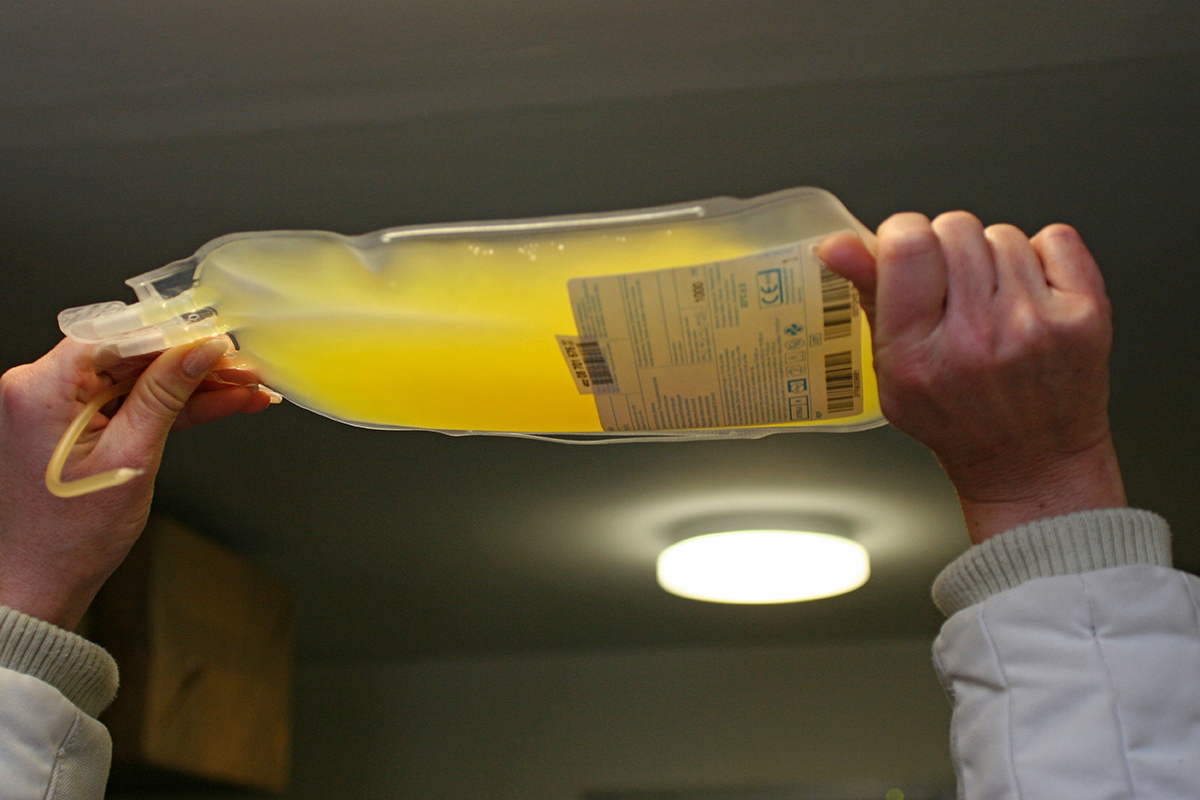 Australia's demand for plasma, a component of blood that transports nutrients, is rapidly outpacing domestic supply. This means enormous quantities of plasma must be imported from overseas, where donors are paid for donating.

Plasma is used for people suffering from burns, shock and other medical emergencies and its components are used to treat rare chronic conditions. In contrast to whole blood which can only be stored for a maximum of six weeks, plasma donations are highly processed and can be stored for a year or longer.

Donating plasma takes up to one and a half hours, including around 45 minutes "needle-in" time. During this time, blood cycles through equipment that separates plasma from other blood parts, which are returned to the donor.

For and against compensating donors

In one of the classic texts on social policy, Richard Titmuss claimed to pay donors would reduce blood supply and safety. Titmuss argued compensation would reduce donations by eroding the spirit of volunteerism to help others and would threaten safety because compensation would attract donors with a greater likelihood of having transmissible diseases.

This concern seemed justified in the 1980s during the AIDS epidemic. And this encouraged Australia's policy of not compensating donors for blood products. But much has changed since the 1970s.

"My colleagues and I reviewed many studies. We found that of the 19 different incentives offered, 18 increased donations significantly, and none ever reduced contributions or harmed safety," said Titmuss.

Not compensating Australia's approximately 150,000 plasma donors for their time is unfair given its enormous value to society, and especially considering we pay for plasma that comes from international donors who are paid for the equivalent donation.

The National Blood Authority's 2016-2017 annual report indicates Australian imports of immunoglobulin, a plasma component, provide 44% of domestic demand. This costs A$120 million while the remaining 56% comes from domestic supply costing A$413 million.

This implies the domestic supply of immunoglobulin costs over three times more per unit than what is imported, despite domestic donors not being compensated. It also implies Australia could save over A$200M annually by importing all immunoglobulin.

Likely culprits for the higher domestic costs include the Red Cross Blood Service's monopoly powers and not compensating donors. Since not offering compensation limits donations, it likely increases other costs, including recruiting donors.