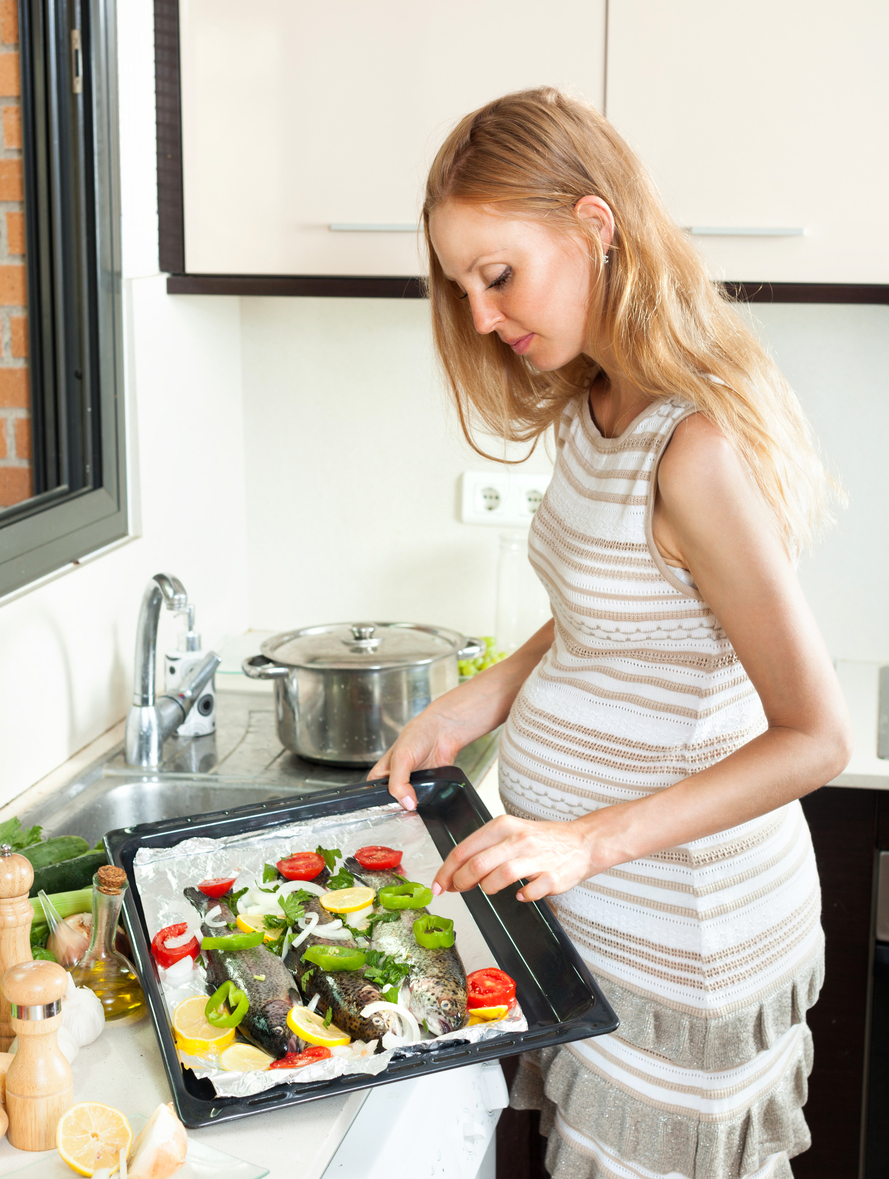 A new review published in the Journal of Allergy and Clinical Immunology revealed That of fish oil supplements and fish in pregnancy is equally likely to protect Both Their children from developing asthma . Additionally, use of 2-3 servings of fish per week adds nutritional benefits to infant growth and development.

According to the researchers at the University of South Florida in Tampa, Fla., There is a link between daily intake of omega-3 fatty acids during the 3rd trimester of pregnancy and declining rates of childhood asthma.

The pregnant women gain the same benefit as supplements if they follow the Food and Drug Administration and Environmental Protection Agency's proposal to consume 8-12 ounces (2-3 servings) of low mercury fish per week, the study authors Richard Lockey, and Chen Hsing Lin suggested.

In the current study, the researchers tracked two studies. The first study looked at the 695 pregnant women in their 3d trimester, 346 received omega-3 fatty acids daily, and 349 took a placebo drug. Based on the blood levels of omega-3 fatty acids, the researchers divided the participants into three groups and found that women with the lowest blood levels benefited the most from fish oil supplementation .

In the second study, the pregnant women in their 3 rd trimester were randomly assigned to fish oil, placebo and "no oil" groups. The participants in the fish oil and placebo group received the daily dose of omega-3 fatty acids supplements and olive oil , respectively.

The "no oil" group was educated about the aims of the study and was informed that if they wanted, they could consume either fish oil supplements or fish in the 3rd trimester of pregnancy. The study results shows that children born to the fish oil and the "no oil" groups took less asthma medication as they aged to 24 years old, suggesting that both reduced risk of developing childhood asthma.

Omega-3 fatty acids are derived from marine lines , as can not be artificially synthesized. Despite the study findings, it might be premature to recommend daily high-dose fish oil supplementation to reduce the asthma risk . Additionally, consuming 8-12 ounces of fish per week may contribute to the same asthma protection, as well as to add nutritional benefits to child growth and development, the concluded.