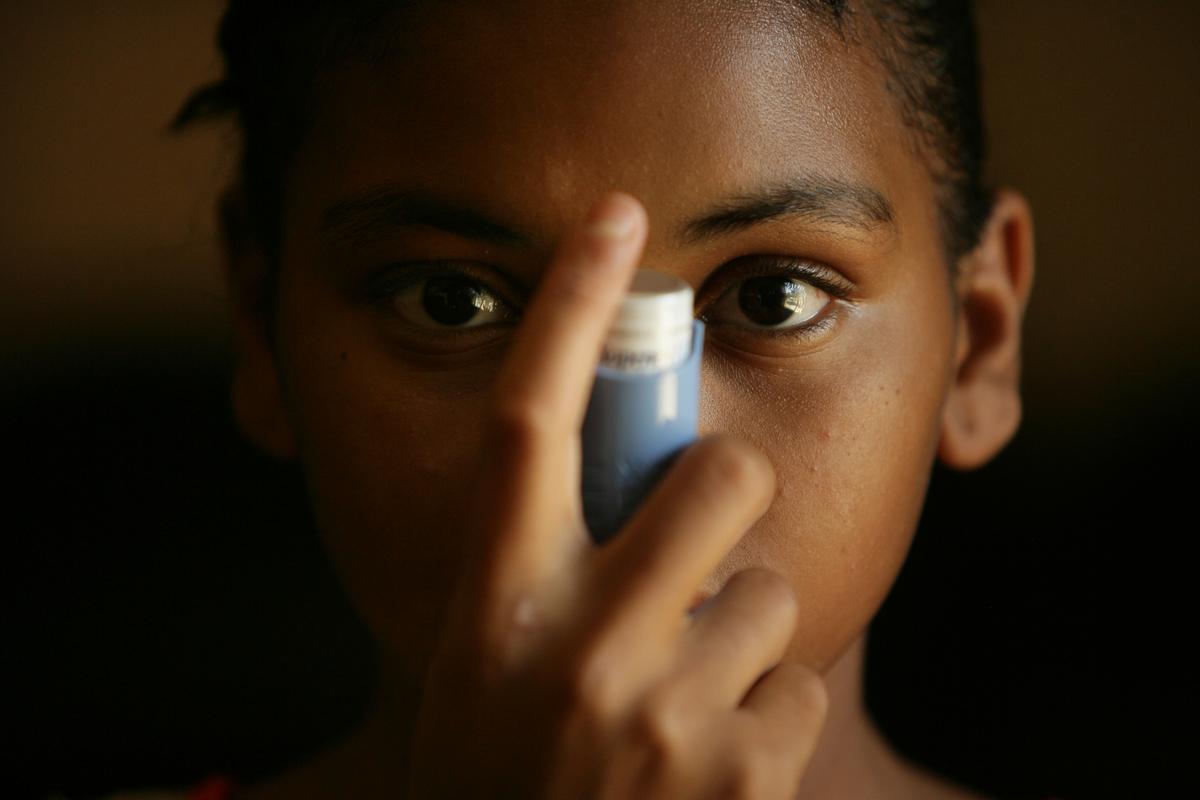 This is the largest study yet about early-onset asthma and obesity. It focused on more than 20,000 youths across Europe. It shows that, beyond wheezing and shortness of breath, asthma can lead to bodies that make young people more susceptible to other health problems later in life.

Lida Chatzi, the senior author and professor of preventive medicine at USC, says asthma and obesity pack a one-two punch against children's health, which raises concern about a public health crisis due to their prevalence.

"We care about this issue because asthma affects approximately 6.5 million children—about one in 10—in the United States," Chatzi said. "It's a chronic childhood disorder and if it increases the risk of obesity, we can advise parents and physicians on how to treat it and intervene to help young children grow up to enjoy healthy, adult lives."

The children were diagnosed by physicians with asthma at 3 to 4 years old and the scientists followed toddlers into childhood up to 8 years of age. Their goal was to focus on health risks of early-onset asthma.

On average, the scientists found that children diagnosed with asthma had a 66% higher risk of becoming obese than those without an asthma diagnosis. For children with persistent wheezing symptoms, their risk of developing obesity was 50% greater compared to children without such symptoms.

Children with active asthma were nearly twice as likely to develop obesity than those without asthma and wheezing, according to the study. The findings are consistent with previous, but smaller, longitudinal studies conducted in the United States that observed asthma increased the risk of obesity.

The causal direction between asthma and obesity is not well understood. Asthma is regarded as a barrier to children's physical activity that might lead to accumulation of fat in the body, while higher doses of inhaled corticosteroids had been hypothesized to increase the risk of obesity in children with asthma. According to the study, children with asthma who used medication had the strongest risk of developing obesity.

Since both asthma and obesity have their origins early in life, it is possible that the asthma-obesity association is also established in this critical time window of child development. Previous studies have shown that in utero exposures, such as prenatal diet or maternal obesity, are associated with increased risk of both disorders.

"Asthma may contribute to the obesity epidemic. We urgently need to know if prevention and adequate treatment of asthma can reduce the trajectory toward obesity," said Frank Gilliland.

The CDC reports the number of people with asthma in the United States is growing every year. About one in 12 Americans is afflicted with the illness. In smoggy places, like California's San Joaquin Valley, about 1 in 6 children suffer from asthma, the highest rate in the country.