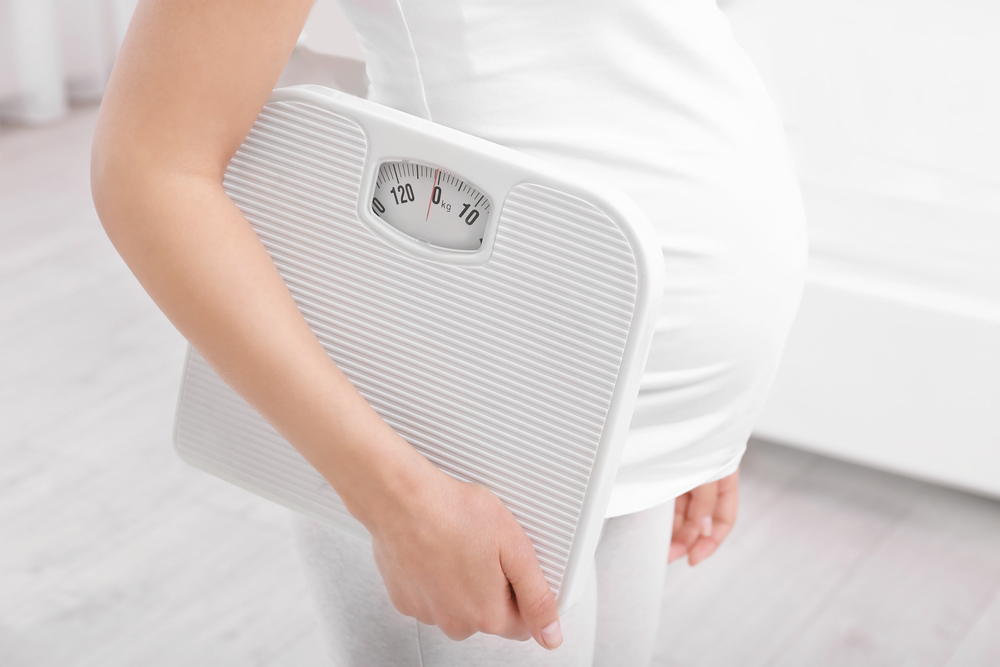 The researchers found that a mother's weight status during the first half of gestation is "a key determinant of infant birth weight and highlight [s] the importance of the timing of weight gain in pregnancy." The study findings were published in the  JAMA Pediatrics

Maternal weight gain before pregnancy and up to 18 weeks of gestation was associated with birth weight, but found no association with weight gained after the 18th week.

The new research included outcomes from a group of women who were enrolled before pregnancy , thus allowing researchers to use current pre-pregnancy weight, rather than self-reported weights.

The prospective, observational cohort study followed 1164 newly married women in Liuyang, China. The women were examined and weighed at a median of 19.9 weeks before a pregnancy.

From 2009 to 2015, the calculated maternal weight gain throughout the pregnancies of the women in the cohort.

Past research has suggested that maternal weight gain during the second trimester is a key determinant of birth weight, the authors note.

At the same time, research has also " implicated " weight gain in both the second and third trimesters. Other studies have found no link between first trimester weight gain and birth weight.

The underestimation of self-reported pre-pregnancy weight could have contributed to the conflicting findings about weight-gain timing, the researchers explained.

The findings "lend support for suggestions calling for clinical emphasis on optimizing maternal health before pregnancy for the purpose of transgenerational benefit."

The results also suggest that interventions to limit weight gain during the last half of pregnancy may have little impact on birth weight.

The "apparent conservation of this pattern in the face of genetic and lifestyle differences " underscores the importance of the pattern of gestational weight gain, the authors write.