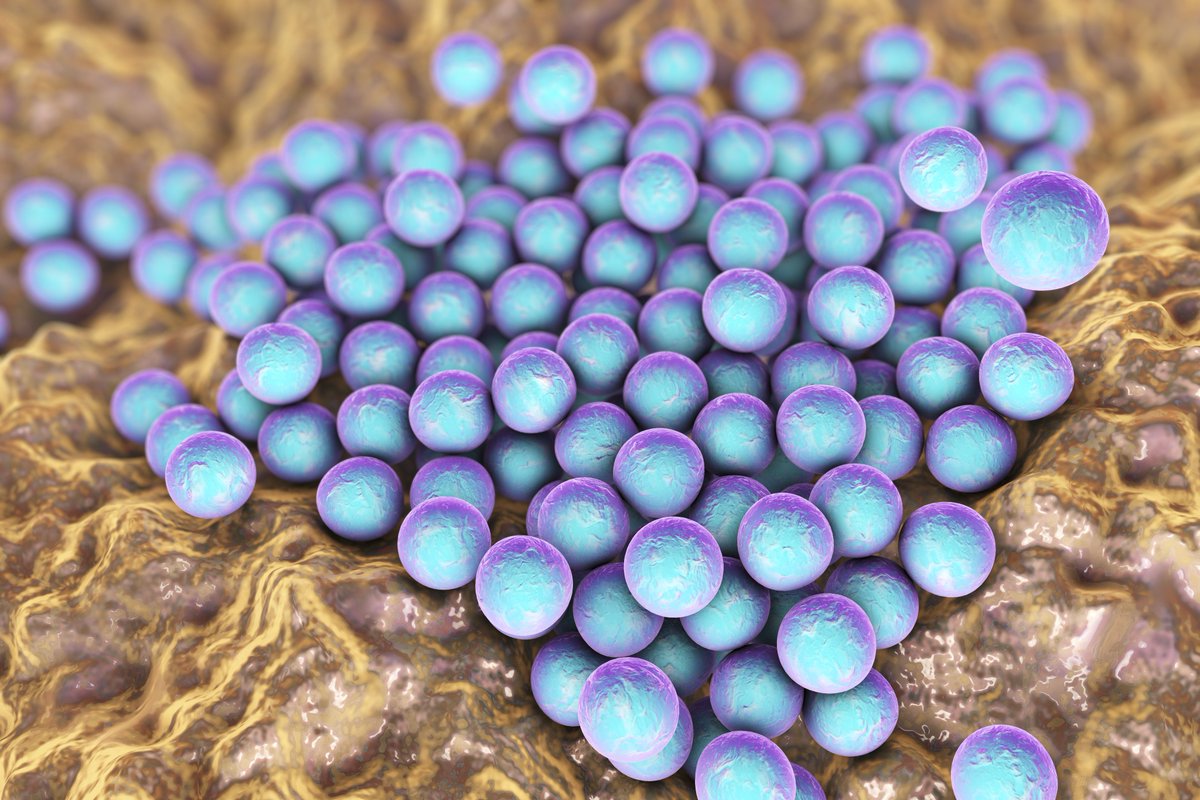 If you're looking into the mouth of a brown bear, one of the world's top predators, your chances of survival probably aren't good. But a team of Rutgers and other scientists has discovered a technology that rapidly assesses potentially lifesaving antibiotics by using bacteria in saliva from an East Siberian brown bear.

The technology involves placing a bacterium from a wild animal's mouth—or other complex sources of microbes with potential antibiotic properties—in an oil droplet to see if it inhibits harmful bacteria, such as Staphylococcus aureus, according to a study published online by the Proceedings of the National Academy of Sciences.

Microbes in wild animals or other exotic sources are an unexplored area in the search for antibiotics. The microbiota of wild animals may help protect them from the aggressive microbes that surround them. The new technology, which allows microbial species to be tested individually, is a powerful tool for discovering antibiotics and exploring external influences on a microbiome, the study says.

"It is tedious to look for bacteria that produce antibiotics by testing them on Petri dishes and looking at how they inhibit the growth of harmful bacteria," said study coauthor Konstantin Severinov, a principal investigator at the Waksman Institute of Microbiology and professor of molecular biology and biochemistry at Rutgers University-New Brunswick. "We swiftly determined the spectrum of the antibiotic activity in saliva from a Siberian bear."

The bear was caught wild and then released. The technology used powerful machines to rapidly sort several hundred thousand oil droplets with bacteria from the live bear's mouth, and the scientists found one droplet with zero Staphylococcus aureus. The beneficial strain of bacteria that killed Staphylococcus aureus produces a previously known antibiotic—amicoumacin.

Methicillin-resistant Staphylococcus aureus (MRSA) resists several antibiotics and can cause pneumonia and sepsis, a life-threatening reaction to severe infection in the body, according to the U.S. Centers for Disease Control and Prevention.

"The bear was chosen largely because it was captured way out in the wilderness where it was assumed, microbes typical for the species and not affected by civilization are present," Severinov said. "The latter consideration is important since studies show that the diversity of microbiota depends on diet and decreases dramatically, for example, in zoo-kept animals or urban humans compared with people from indigenous tribes.

"Placing single species of bacteria in droplets allows us to monitor their responses to various insults, such as antibiotics, while avoiding interactions in complex microbiomes, such as our own. Our method should allow us to test how our microbiome responds and changes when various drugs are administered."